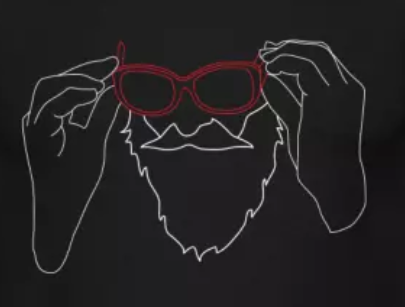 While many have suggested over the years that Prefab Sprout’s Paddy McAloon is the J.D. Salinger of pop music, the musician’s retreat from public life was not Plan A.

The Durham-born singer/songwriter has been suffering from several health ailments over the past decade that have kept him out of action. Although the perception was that McAloon’s lack of visibility and virtual disappearance from the music world was a conscious choice, it was one that was more necessary than purposeful.

In a rare interview this weekend, he told the Irish Times: “I have Ménière’s disease, and I’ve had problems for over 12 years, but in October 2017 it all descended on me again. In January last year, I got up one day and I couldn’t keep my balance. I fell over, I felt incredibly sick, had to lie still on the floor, and to make it worse it was in the middle of a record shop in Newcastle. I couldn’t move.”

An inner ear disorder, Ménière’s disease–which was named after the French doctor Prosper Ménière’ who discovered it–is, at this point, a cureless disease. It causes vertiginous episodes along with hearing loss and tinnitus. It’s believed to be attributed to blood vessel constriction and fluid build-up in the ear. The disease usually hits those over 40 and after a period of 5-15 years, the symptoms tend to stop, leaving the patient with varying degrees of hearing loss.

The 61-year old McAloon, who also has detached retinas, has found that his health has curtailed not only the possibility of playing live ever again, it’s also prevented him from songwriting composition.

“…the sound of an acoustic guitar is offensive to my ears,” he told the Irish outlet. “I can pick out chords and melodies on a small keyboard, so I can technically write, but it’s not what it was.”

As for what it used to be, it used to be pretty grand, indeed. McAloon is perhaps one of the greatest songwriters of the last fifty years and Prefab Sprout’s catalog is a murderer’s row of straight up classic albums. From Steve McQueen to From Langley Park To Memphis, the band’s discography is a master class of pop majesty.

And now McAloon is set to add to that winning list.

McAloon’s lone solo album I Trawl the Megahertz (2003), will be reissued under the Prefab Sprout moniker by Sony Legacy in the first week of February and McAloon has also revealed that Prefab Sprout’s new album Femmes Mythologiques will be out in September.

McAloon said in the same interview that the new album is, “a collection of reasonably short pop songs about women: Eve, Helen of Troy, Cleopatra, Queen of Sheba…it’s very tuneful, and the choruses are big. The whole idea of it is the distance between what we hear about people and how far removed they were from what we say about them. It’s a home recording, not a big, polished million-pound studio production, but it’s got heart.”

McAloon has also indicated his vaults are rather vast.

“You can work it out by doing the maths,” he went on to say. “…if you write three albums a year, approximately, and you’ve been doing that for 30 years, then that’s where we are. Most of it is in metal or plastic boxes with labels on them, and they are usually titled by the year or the project. If a songwriter or musician doesn’t play gigs, then they have an awful lot of time to fill in.”

McAloon also revealed that he’s got a crop of new material that he plans to send to producer Trevor Horn.

Labels: Sprouts on the Town...