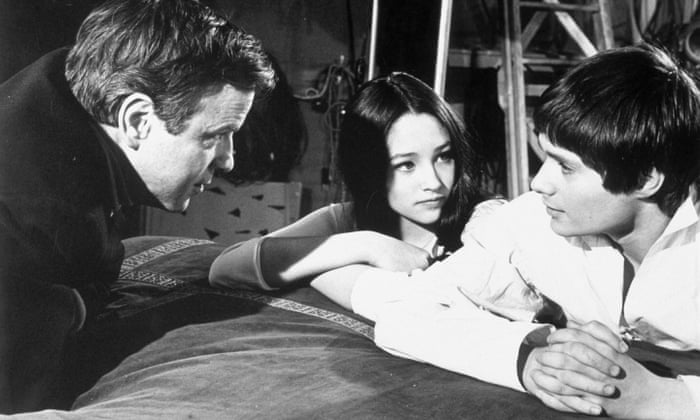 Franco Zeffirelli, master of grandeur in theater, film and opera, dies at 96

Franco Zeffirelli, the Italian director and designer who reigned in theater, film and opera as the unrivaled master of grandeur, orchestrating the youthful 1968 movie version of “Romeo and Juliet” and transporting operagoers to Parisian rooftops and the pyramids of Egypt in productions widely regarded as classics, died June 15 at his home in Rome. He was 96.

A son, Luciano, confirmed the death to the Associated Press but did not cite a cause.

Mr. Zeffirelli — a self-proclaimed “flag-bearer of the crusade against boredom, bad taste and stupidity in the theater” — was a defining presence in the arts since the 1950s. In his view, less was not more. “More is fine,” a collaborator recalled Mr. Zeffirelli saying, and as a set designer, he delivered more gilt, more brocade and more grandiosity than many theater patrons expected to find on a single stage.

“A spectacle,” Mr. Zeffirelli once told the New York Times, “is a good investment.”

From his earliest days, he seemed to belong to the opera. Born in Italy to a married woman and her lover, he received neither parent’s surname. His mother dubbed him “Zeffiretti,” an Italian word that means “little breezes” and that arises in Mozart’s opera “Idomeneo,” in the aria “Zeffiretti lusinghieri.” An official mistakenly recorded the name as “Zeffirelli.”

Mr. Zeffirelli grew up mainly in Florence, amid the city’s Renaissance riches, and trained as an artist before being pulled into theater and then film by an early and influential mentor, Luchino Visconti. Mr. Zeffirelli matured into a sought-after director in his own right, staging works in Milan, London and New York City, where he became a mainstay of the Metropolitan Opera.

His first major work as a film director was “The Taming of the Shrew” (1967), a screen adaptation of Shakespeare’s comedy, starring Elizabeth Taylor and Richard Burton. But Mr. Zeffirelli was best known for the Shakespearean adaptation released the next year — “Romeo and Juliet,” starring Leonard Whiting and Olivia Hussey in the title roles.

He reportedly reviewed the work of hundreds of young actors before selecting his two stars, both of whom were still in their teens. With a lush soundtrack by Nino Rota, and with its equally lush visuals, the film won the Academy Award for best cinematography and was a runaway box office success. Film critic Roger Ebert declared it “the most exciting film of Shakespeare ever made.”

It “is the first production of ‘Romeo and Juliet’ I am familiar with in which the romance is taken seriously,” Ebert wrote. “Always before, we have had actors in their 20s or 30s or even older, reciting Shakespeare’s speeches to each other as if it were the words that mattered. They do not, as anyone who has proposed marriage will agree.”

In the opera, an art form already known for its opulence, big voices and bigger personalities, Mr. Zeffirelli permitted himself to be deterred by neither physical nor financial constraints. “Opera audiences demand the spectacular,” he told the Times.

Mr. Zeffirelli had notable artistic relationships with two of the most celebrated sopranos of the 20th century, Maria Callas and Joan Sutherland. But certain Zeffirelli sets seemed to excite the opera world even more than the performers who sang upon them.

One such example was his production of Puccini’s “La Bohème,” an extravaganza set in 19th-century Paris famous for its exuberant street scene and magical snowfall. After its 1981 premiere at the Met, it was said that the audience lavished on Mr. Zeffirelli a grander ovation than the one reserved for conductor James Levine and the singers who played the opera’s bohemian lovers.

“For the first time,” Mr. Zeffirelli told the Times, “audiences will have a sense of the immensity of Paris, and the smallness of this little group’s place — the actual space of a garret. The acting is now intimate and conversational, which is exactly what Puccini wanted. Since the garret is raised, every whisper and gesture will come across clearly in the theater.”

His production of Verdi’s “Aida,” performed at Milan’s La Scala in 1963 with soprano Leontyne Price and tenor Carlo Bergonzi, featured 600 singers and dancers (including scantily clad belly dancers), 10 horses, towering idols, palm trees, and sphinxes littering the expanse of the stage. “I have tried to give the public the best that Cecil B. De­Mille could offer,” Mr. Zeffirelli told Time magazine, referring to the Hollywood director’s biblical epics, “but in good taste.”

It was sometimes said that Mr. Zeffirelli was beloved by everyone except music reviewers, some of whom disparaged his style as excessive to the point of taking attention away from the music. Writing in the Times, Bernard Holland panned Mr. Zeffirelli’s set for Puccini’s “Turandot,” set in China, as “acres of white paint and gold leaf topped by the gaudiest of pagodas” and quipped that “if the gods eat dim sum, they certainly do it in a place like this.”

In time, the Metropolitan Opera replaced some of Mr. Zeffirelli’s productions, although the modernistic newcomers — notably Luc Bondy’s dreary “Tosca” in 2009 — did not always prove as popular.

“It’s like somebody decides that the Sistine Chapel is out of fashion,” Mr. Zeffirelli told the Times. “They go there and make something a la Warhol. . . . You don’t like it? O.K., fine, but let’s have it for future generations.”

As for those who had criticized his direction of “Romeo and Juliet” for similar reasons, he retorted, “In all honesty, I don’t believe that millions of young people throughout the world wept over my film . . . just because the costumes were splendid.”

Destined for the opera

His mother continued a fraught relationship with Corsi, once attempting to stab him with a hat pin. “The opera? My destiny?” Mr. Zeffirelli observed in a 1986 autobiography, “Zeffirelli.” “I think there is a case to be made.”

After the death of his mother when he was 6, he became the charge of an aunt. He recalled his upbringing in the 1930s in the semi-autobiographical film “Tea With Mussolini” (1999), which he directed and which starred Maggie Smith, Judi Dench and Joan Plowright as English expatriates in Florence who take in a parentless child during the era of fascist rule.

Mr. Zeffirelli attended art school before studying architecture at the University of Florence. His studies were put on hold during World War II, when he fought alongside anti-fascist partisans. His interests shifted more toward film, particularly after he saw Laurence Olivier star in the 1944 Technicolor film adaptation of Shakespeare’s “Henry V,” which Olivier also directed.

“The lights went down and that glorious film began,” Mr. Zeffirelli recalled in his memoir. “I knew then what I was going to do. Architecture was not for me; it had to be the stage.”

He met Visconti while working in Florence as a stagehand. Visconti, with whom he lived for a period, gave him his push into professional work, hiring him to work as a designer for an Italian stage production of Tennessee Williams’s “A Streetcar Named Desire” in 1949.

Mr. Zeffirelli soon began designing and directing at La Scala and later the Met. He designed, directed and adapted from Shakespeare the libretto for the production of Samuel Barber’s “Antony and Cleopatra” that opened the Met’s new opera house at Lincoln Center in 1966.

Mr. Zeffirelli said he found it invigorating to shift from one art form to another. His theatrical productions starred top-flight actors including Albert Finney and Anna Magnani. On television, he directed “Jesus of Nazareth,” an acclaimed 1977 miniseries with a reported price tag of $18 million and a cast that included Robert Powell as Jesus, Hussey as the Virgin Mary, Olivier as Nicodemus, Anne Bancroft as Mary Magdalene and James Earl Jones as Balthazar.

Mr. Zeffirelli received a best director Oscar nomination for “Romeo and Juliet.” (He lost to Carol Reed for the musical “Oliver!”) He also garnered a nomination for best art direction for his 1982 film adaptation of Verdi’s opera “La Traviata,” starring Teresa Stratas and Plácido Domingo, one of several such operatic film adaptations he made.

Politically, Mr. Zeffirelli positioned himself on the right, serving as a senator in the political party Forza Italia. “I have found it an irritating irony that those who espouse populist political views often want art to be ‘difficult,’ ” he wrote in his memoir. “Yet I, who favor the Right in our democracy, believe passionately in a broad culture made accessible to as many as possible.”

He described himself as homosexual, preferring not to use the word “gay.” In 2000, he adopted two adult sons, Pippo and Luciano, both former lovers, according to the newspaper the Australian. A complete list of survivors was not immediately available.

Looking back on his life and career, Mr. Zeffirelli once told The Washington Post that he was struck by “how much is risked to become something” — “to make something of his life,” he continued, speaking of himself in the third person. To show that “he’s not a bastard.”