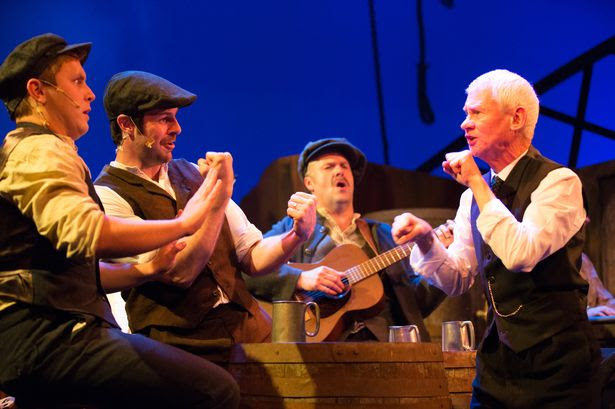 Geordie The Musical opens for previews at the Customs House, South Shields

The curtain came up Geordie The Musical at the weekend.

A new musical which is marinated in the traditions of the region is set to pack the crowds in on South Tyneside.

Geordie the Musical promises to be a “heart-warming story of North East life” in the 19th century and features a score of traditional Geordie songs.

Previews of the production kicked off on Friday night at the Customs House in South Shields, featuring a nine-strong cast, who include recognisable names and faces from the stage and screen. We’re reliably told they have been working their socks off to make the show, penned by award-winning playwright Tom Kelly as good as it can be.

Director Jamie Brown says: “I’m excited. Staging a brand new piece of theatre on this scale poses many challenges, but fortunately, we’ve managed to assemble a group of actors and creatives who not only have the skills to meet these challenges head on, but are also a joy to share a rehearsal space with.

“I can’t wait to see the final product on opening night.” 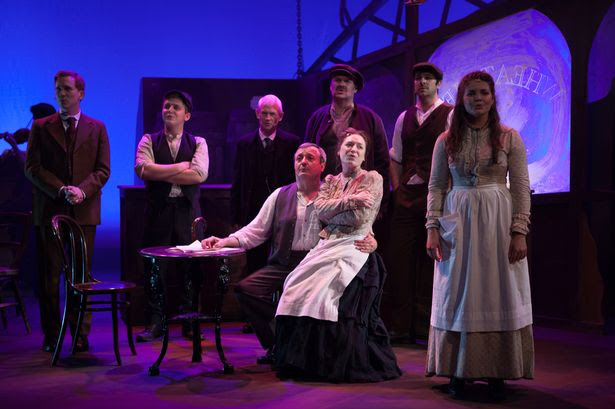 Mike Turnbull is the musical director, set has been produced by Kate Urwin, James Henshaw is the lighting designer, and the costumes have been created by Lou Duffy.

The production was the brainchild of ex-pat Andy Bogle, who has lived in the United States for the last 30 years. A Geordie through-and-through Andy treasures his accent and was disappointed to hear some of the familiar sounds of his childhood were disappearing from the region.

He set about working with The Customs House and Tom to come up with a way to celebrate the North East language and Geordie The Musical was born.

Set in the 1890s in a pub on the banks of the River Tyne, the plot centres on pub landlords Bella and James and their daughter Maggie in a changing time for the North East.

Assistant director Viktoria Kay, who is also playing Bella, adds: “It’s no mean feat putting together a brand new musical but with such a hard-working, dedicated and talented cast it seems effortless.

“It’s beautiful to be able to celebrate the region and all we stand for here. I’m really proud to be part of a production, which at the heart of it lies the spirit of the North East. The driving force for the team has been to create a production that North East audiences will be proud to call their own.

“The rehearsal process has been a real bonding experience. As actors, we’re often here, there and everywhere and scattered all over the country for long periods of time, not only has this production brought us all together but it has enabled us to share our love of the North East – our home.”

Geordie The Musical is dedicated to director Jackie Fielding who passed away earlier this year and was due to direct the show. It runs at The Customs House until September 5. Tickets are available box office on 0191 454 1234 or online at www.customshouse.co.uk

http://www.chroniclelive.co.uk/whats-on/arts-culture-news/geordie-musical-opens-previews-customs-9907005
Posted by Frank Black at 12:34