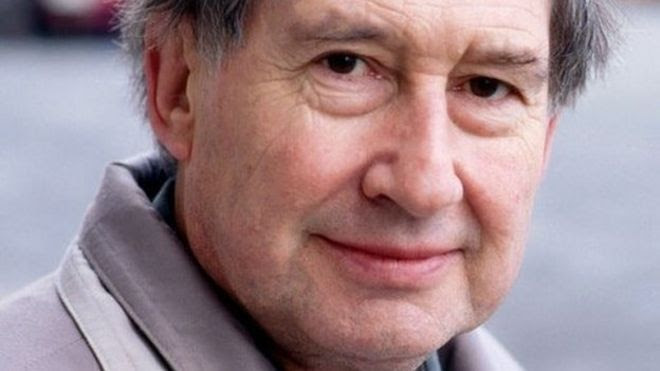 David Nobbs, the author and comedy writer who created the classic Seventies TV sitcom The Fall and Rise of Reginald Perrin, has died aged 80.

Nobbs, a patron of the British Humanist Association, worked on a string of leading British comedy shows such as That Was The Week That Was, The Frost Report and The Two Ronnies and also wrote for stars including Tommy Cooper, Les Dawson and Frankie Howerd.

Monty Python star John Cleese wrote on Twitter that Nobbs was “a lovely kind, gentle man with a delicious sense of humour”.

“Very sad today to hear of the death of David Nobbs. First worked with him on the Frost Report in 1966; then on many films for Video Arts,” he said.

“He wrote many top-class shows and books. His masterwork: the Reggie Perrin shows.

“I had not seen him for several years, but it is strange how much I miss him today. When I was a beginner, it thrilled me when I made him laugh.”

The British Humanist Association (BHA) said it was “a great privilege to work alongside a talent like David - and our lives were that much richer for knowing him”.

Andrew Copson, the BHA’s chief executive said: “David Nobbs was a very special talent and we were all honoured to have worked with him over his years as a Patron of the BHA.

“David’s writing was always funny, sharp, and acutely aware of what made people tick. David was a passionate individualist – he believed that meaning was something we were all charged with creating in our own lives – and he was a creator of memorable characters.

“At the same time, he wrote beautiful stories which captured the essence of the human experience, tapping into the emotions and experiences we all share. His books and scripts got to the heart of what it is that makes us human.” 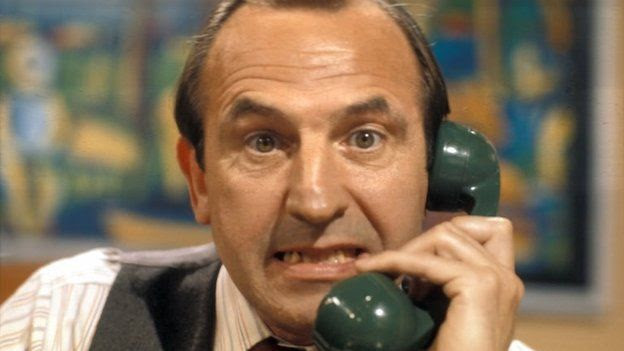 In a career spanning six decades, Nobbs wrote 20 novels, including stories about his greatest character, Reginald Perrin. They became the basis of the famous TV series starring Leonard Rossiter, which was recreated recently with Martin Clunes in the starring role.

Nobbs also wrote A Bit of a Do, a Yorkshire Television sitcom starring David Jason, which was watched by an audience of nearly 15 million in the 1980s.

He is survived by his wife, Susan, four stepchildren, eight step-grandchildren and two step-great-grandchildren.

The Office creator Ricky Gervais, borrowing a catchphrase from Perrin's tyrannical boss CJ, wrote on social media: "I didn't get where I am today by not knowing what a genius David Nobbs was. RIP."

Little Britain star Matt Lucas wrote: "Reggie Perrin and A Bit Of A Do were masterpieces. David Nobbs leaves the world a richer place."

And Irvine Welsh, author of Trainspotting, added: “Very sad to hear of the death of inspirational David Nobbs, who I had quite a few laughs with. A comic genius and an excellent human being."

David Nobbs's Reginald Perrin: 'a stealth drama riding on the wheels of a sitcom'
From mother-in-law gags to existential angst, The Fall and Rise of Reginald Perrin by the late David Nobbs was brilliantly funny, emotional and absurd

David Nobbs’s Reginald Perrin, in these lazier times of clip shows and false memory, tends to be lumped in with Basil Fawlty and Victor Meldrew as a Great Sitcom Character. Which, of course, he is. And Perrin is a classic sitcom: it has great catchphrases – “Great!”; “Super!”; “I didn’t get where I am today …”; “Morning Joan, 15 minutes late, escaped panther at Bridgend”; “Tricky chap, Johnny Foreigner”; “I’m not a people person,” and so brilliantly on – farcical situations and fantastic, unbeatable humour. But there was a lot more to it than that.

The Fall and Rise of Reginald Perrin was originally a novel called, significantly, The Death of Reginald Perrin. After being remodelled for television by Nobbs with Ronnie Barker in mind for the lead (Nobbs also being a writer for The Two Ronnies), it retained not only its humour but also, amazingly, its central melancholy. This was a show about a man who killed himself in the opening credits – or at least faked his own death in the manner of then postmaster general John Stonehouse. And he did so not because of his wife or the funny neighbours, but because he was enduring an existential crisis – not a situation ever faced by Stan from On the Buses.

Overwhelmed by the meaninglessness of his life, the corporate culture he was immersed in – “Here lies Reginald Iolanthe Perrin. He didn’t know the names of the trees and the flowers, but he knew the rhubarb crumble sales figures for Schleswig-Holstein”, read his gravestone – and his increasingly stale marriage, Reggie is coming apart at the seams. With a perfect central performance by Leonard Rossiter, a man who could make the concept of jittery look calm, The Fall and Rise of Reginald Perrin is, if you like, a stealth drama. It rides on the wheels of sitcom (it even had a brilliant mother-in-law gag), but it is a far deeper, darker vehicle.

Unlike almost any other show from its era, Perrin doesn’t particularly feel as though it is from the 1970s. It is shot through with the imagery of its day – the awful suits, the terrible food and drink – but Nobbs wasn’t interested in writing a time capsule, such as Man About the House or even The Good Life. (This is perhaps why one of Nobbs’s biggest admirers, Jonathan Coe, sought him out to adapt What a Carve Up! for radio.) Instead, Nobbs took the already overfamiliar character of the Little Man – used by everyone from the Grossmiths to Charlie Chaplin – and did something different. Rather than making Reggie a hapless cog in a machine, he made him intelligent and aware of how ridiculous everything was. Self-aware characters rarely work in comedy, the humour generally coming from their own self-delusion. Reggie, though, was not only very conscious of being a rat in a maze – a rat who realised that the world is insane and the only way to beat them is to join them – but he was also hilarious about it.

What Nobbs did in his work that no one could do better was to combine the human and emotional with the surreal and absurd (anyone who hasn’t read Nobbs’s epic, heart-twisting Henry Pratt novels should do at once). When I first met him a few years ago, it was to interview him about one of his heroes, the comic playwright NF Simpson, whose absurdist sensibilities informed Nobbs’s own. You can see Simpson’s beliefs reflected in the moment when Reggie finds even words themselves to be ridiculous: “‘Parsnip’. ‘Coffee’. What does it matter what we call things?” Add to this the fact that Reggie (and his wife Elizabeth, his secretary Joan, his brother-in-law Jimmy and even his oppressive boss CJ) is a human being, set adrift in the dark like the rest of us, and you have something new and unique.

Now David Nobbs has gone and we won’t see his like again. Reggie Perrin, though, is still with us in a fantastic series of novels and television adaptations. He was even resurrected in the 21st century with a new TV version written by Nobbs and Simon Nye. But, with all due respect, the Perrin I will remember is the tightly wound man making his way down Coleridge Close, past Tennyson Avenue and Wordsworth Drive into Station Road, with a rolled-up umbrella in one hand and, in the other, a briefcase bearing the initials RIP.

http://www.theguardian.com/tv-and-radio/tvandradioblog/2015/aug/10/david-nobbs-reginald-perrin-drama-sitcom
Posted by Frank Black at 09:10