The actor George Cole, who has died aged 90, was most effective in two sorts of role: the exploiter and the exploited. He is likely to be remembered chiefly as the dodgy used car dealer Arthur Daley in the popular television series Minder (1979-94), always on the lookout for a “nice little earner”. But at the beginning of his acting career he was most often seen as the reverse: a wide-eyed and wobbly-lipped boyish acolyte of sometimes sinister manipulators in plays such as Mr Bolfry, Dr Angelus and The Anatomist; or a doleful young serviceman trying to keep his courage up in war films that included Morning Departure (1950), the story of trapped submariners.

Cole always protested that he had no ambition and would cheerfully have carried on playing for ever the first part he ever acted. This was only half the story, for from his early years he showed a tenacious fascination with entertainment that lasted a lifetime. Born in Tooting, south-west London, the adopted son (who learned he was adopted when he was 13) of a Tooting council employee, George, and a cleaner, Florence, Cole went to secondary school in Morden, where he distinguished himself by entertaining his pals with bawdy songs he had heard on the radio and getting into the cheaper seats at Wimbledon theatre.

He left school at 14 and was due to start work in a butcher’s shop. But in the meantime he worked as a paper boy, and in one of the London evening newspapers he was delivering he saw an advertisement offering an opening in a West End production of the Ralph Benatzky and Robert Stolz musical White Horse Inn. He pedalled straight to the theatre. No one at the stage door seemed disposed to take him seriously, but he hung around until he was taken inside. He got a job as an understudy at 28s 6d a week and went on tour. Cole did not tell his parents before setting off, but sent them a telegram from Blackpool.

The White Horse Inn tour was interrupted by the outbreak of the second world war. But in June 1940, still far too young to be called up, he got a part in the play Cottage to Let, as a truculent cockney wartime evacuee, and then appeared in the 1941 film version. Alastair Sim, the tall, plummy-voiced comic actor who had a genius for playing eccentrics, was also in the cast. Sim and his wife, Naomi, took Cole under their wing. He stayed at their Oxfordshire home during the blitz; years later, he built his first marital home nearby. Sim helped Cole lose his London accent and taught him comedy technique.

After a spell in the RAF – during which he made one film for its film unit, Journey Together (1945) – he appeared with Sim in Scrooge (also known as A Christmas Carol, 1951) and in Laughter in Paradise (also 1951), in which a mischief-maker makes bequests to his stuffy family in his will, on condition that they carry out grotesque acts; Cole was a strait-laced bank clerk encouraged to commit robbery. Through the 1950s and 1960s he appeared in dozens of stage and film roles exploiting his little-boy-lost persona, departing from this by appearing in four of the popular St Trinian’s films as the spiv “Flash Harry” aiding and abetting the unruly schoolgirls (with the character’s appearance usually announced by his own theme music). During this lucrative period, he took a job with the Glasgow Citizens theatre at £10 a week to learn more about his craft. 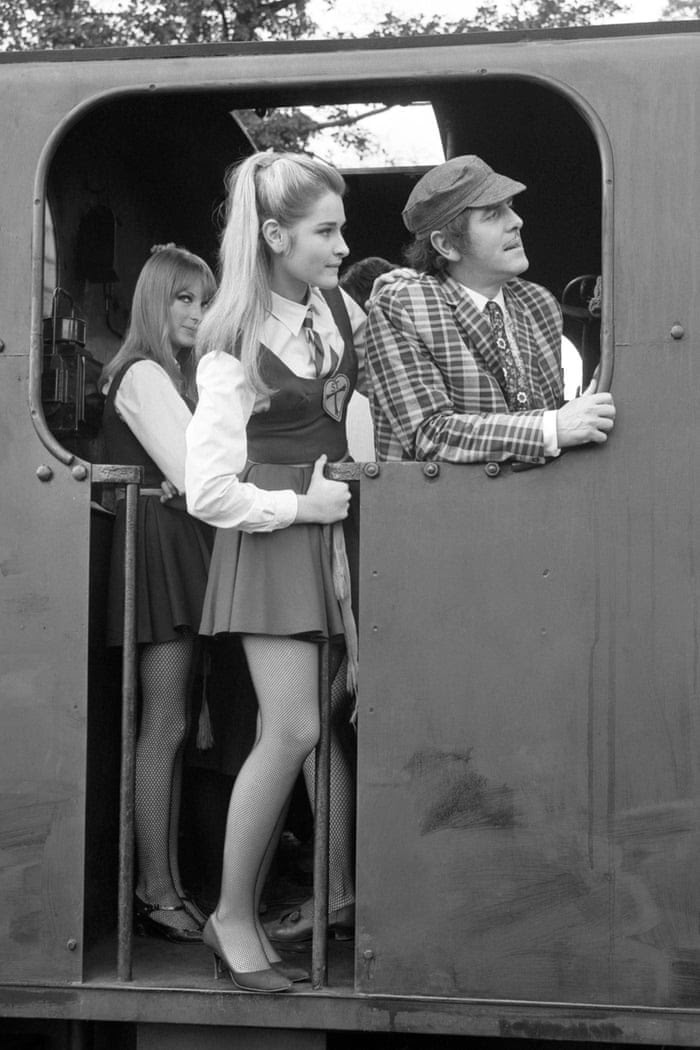 Success in the cinema was patchy. Rank gave him a five-film contract but dropped him after two. Associated British Pathé gave him a contract for seven but dropped him after three. When he made Top Secret (1952), especially written for him, about a naive sanitary engineer with a revolutionary new idea which the Russians think is an improved atom bomb, even the film fan magazine Picturegoer questioned whether he could carry a film as its star.

It was not until he took to radio and television that his victimised and victimising personalities found their natural media. His BBC radio series A Life of Bliss, in which he played David Bliss, a diffident young bachelor ruled by his mother and his dog, Psyche (“voiced” by Percy Edwards), ran for many years from 1953 and also moved to television (1960-61). His choice of parts was often self-limiting – he once turned down Othello – but for ITV he was more adventurous in A Man of Our Times (1968), a series in which a middle-aged man is faced with a dilemma: accept redundancy or a lower status with his firm. It won him a wide audience, good notices and a great deal of personal satisfaction.

But nothing bettered the wide popular appeal of the unscrupulous conman “Arfur” Daley in Minder, in which he was paired with Dennis Waterman (who also sang the show’s theme tune) as his “minder”, Terry McCann. Here the two poles of his personality fused to create a character with both a rabbity caution and an agile exploitative brain. Cole used to say that he might well have turned into “Arfur” but for Sim, pointing out that while in the RAF from 1943 to 1947 he had helped to run a mess bar and become familiar with all sorts of dodges. So closely did Cole become identified with the part that the first “autobiography” that appeared with Cole’s photograph on the cover was Straight Up (1991), in fact the fictional life story of Daley, an oblique comment on modern fame, about which Cole did not complain. He published his own autobiography, The World Was My Lobster, in 2014.

The success of Daley did not limit Cole’s future work when the Minder series – which at its peak attracted an audience of more than 16 million – ended after 15 years. In this respect he was more fortunate than many other actors who have become firmly associated with one television role. In My Good Friend, launched in 1995, he played Peter Banks, who, he said, was very much like him – a proud pensioner suffering from an endearing irritability with life. Banks had been forcibly retired by the Post Office and responded by encouraging his friends to go on various anarchic escapades, such as getting drunk at midday, playing football in the park and trying to find a husband for his landlady.

David Yallop, who had written 13 episodes of Minder, decided to expand one episode in which Daley stood for the local council but was disqualified for overspending. From this idea he created the series An Independent Man (1995-96), in which Cole is a slightly dodgy hairdresser who tries to reform his local authority and uncovers all kinds of abuses.

Cole appeared with Julia Roberts in the film Mary Reilly (1996), his first Hollywood assignment since he had played a talking dog in The Blue Bird (1975), which starred Elizabeth Taylor. In 1997 he appeared as a 75-year-old Chelsea pensioner in Stephen Churchett’s play Heritage – the oldest character he had played. He kept on working on TV and in 2008 told Mark Lawson in an interview for BBC TV: “I don’t want to stop. I am still enjoying every second of it.” In 2007 he played Sir Edward Chambers in New Tricks, opposite his old Minder partner Waterman, who he said was “a dream” to work with. Earlier this year, he was cast in a crime-horror film, Road Rage, which has yet to be released.

Cole was appointed OBE in 1992. He is survived by his second wife, the actor Penny Morrell, whom he married in 1967, and their son, Toby, and daughter, Tara; by a son, Crispin, and daughter, Harriet, from his first marriage, to the actor Eileen Moore, which ended in divorce; and by three grandchildren, Harry, Amelia and Thomas.