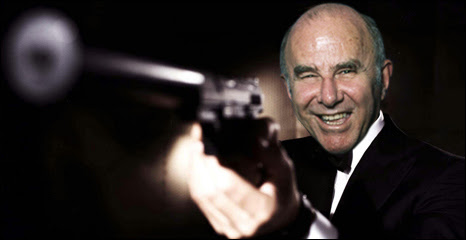 Clive James was diagnosed with the leukaemia that will sooner or later be the death of him in 2010. Given his talents, his gift of the gab, it is fitting and fabulous that his goodbye is still going strong. So far James’s refusal to go gently into that long Saturday night has produced two volumes of verse, a fine translation of The Divine Comedy, a book of notes on his favourite poets, and this new volume of short essays. He’s written more in the shadow of death than many writers manage in a procrastinating lifetime.

This book, he says, by way of introduction, came from a simple invitation from the editors at Yale: write about the books you are reading (perhaps, the invitation went without saying, the last ones you will read). When he first got his diagnosis James was at a loss to know if he would open a book at all. Boswell’s Life of Johnson cured him of that lack of purpose. The question of what to read was obvious: he should reread all the books he’d loved, and read all the ones he thought he might love but had never got round to, with as much Johnsonian urgency as he could muster.

A move from his London flat back to the proximity of family in Cambridge necessitated the culling of half of his library. He has spent much of the time since building it all back up again, trawling the tables of Hugh’s bookstall in the university city’s market square for bargains. James has always been possessed of a journalist’s omnivorous curiosity, which, he says, has only been sharpened in the past five years: “The childish urge to understand everything doesn’t necessarily fade when the time approaches for you to do the most adult thing of all: vanish.”

His bucket reading list draws him in the first instance back to the literary fetishes of his youth. Hemingway bookends his reading, the life force of the early work giving way to broken promises of the self-destructive end. The mortal trajectory itself changes the way James approaches the remembered pleasures of The Sun Also Rises; he finds himself disapproving of the ways Hemingway eventually squandered his talent and his life; living fast and dying – relatively – young holds less allure.

He can’t help but be inspired, instead, by the completer finishers of the canon, the trilogy writers, the serial novelists – Olivia Manning and Edward St Aubyn become new favourites. In his summer garden he devours again the whole of Anthony Powell like a box set. As a critic, James has been capable of sustained rigour; here it is mostly his old brilliance for epithet and concision that is to the fore. Of Powell’s crumbling social order, he suggests “the great solvent of course was World War II and I now see that nobody ever wrote of it better”.

In James’s reading, all roads lead him back to that particular year zero. He has often described himself as a child of the war – his father died on the return journey from a Japanese POW camp before he knew him – and you could see all of his literary enthusiasms, perhaps all of his competitive intelligence also, as a way of making sense of the unknowable conflict that marked him from birth.

In his decline he finds time to keep up with the latest volumes attempting to explain Hitler’s rise to power as well as for biographies of British generals. He has some fun skewering a factual error about flying saucers in James Lucas’s Last Days of the Reich, and the sometimes wrong-headedness of WG Sebald’s Luftkrieg und Literatur. As ever, in these instances and elsewhere, James wears his erudition not quite lightly. He has rarely been shy, as a writer, of reminding you, gently, of just how much he knows. You forgive him absolutely in this instance. As he says, “we won’t be taking our knowledge any further, but it brought us this far”.

Another strain of James’s life has been that of intrepid traveller; for a while, he was among many other things the most credible heir to Alan Whicker. Beached by his illness, he is drawn above all to tales of the sea. He finds a collection of Patrick O’Brian’s novels at his daughter’s house, and goes through them as if they were Hornblowers. His touchstone, though, as he nears the end, is Joseph Conrad. He seems to stop short of Heart of Darkness, but his readings of Lord Jim, Nostromo and Victory haunt the rest of this volume, in their fragile paradises, and knowledge of nothingness. Some writers he is drawn to “like plates of grapes and sweets”; Conrad refuses niceties, though. “Time felt precious and I would have preferred to spend less of it with him,” James writes, “but he wouldn’t let me go.”

Not a great first sentence...
Posted by Frank Black at 13:55