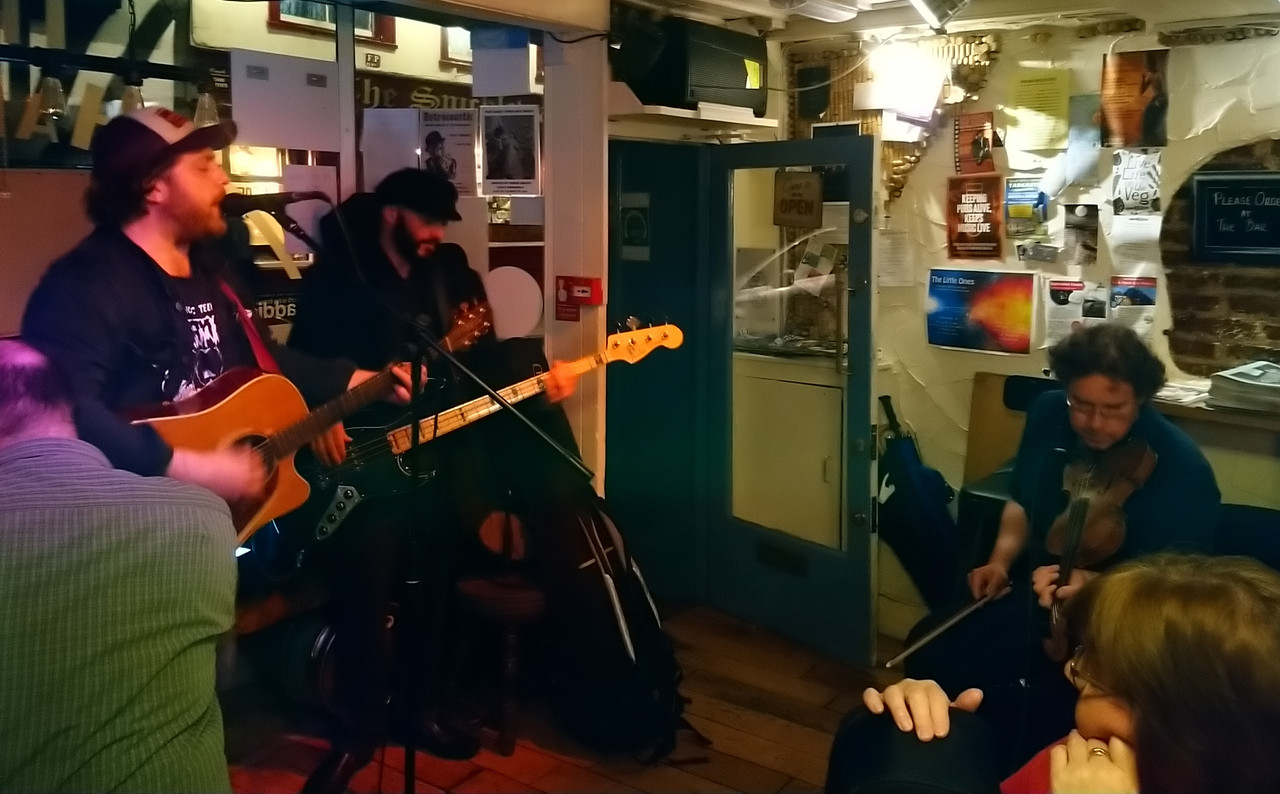 Da Elderly: -
I Believe In You
Sugar Mountain
Old Man

The Elderly Brothers: -
Walk Right Back
All I Have To Do Is Dream
He'll Have To Go
I Saw Her Standing There

When Ron and I entered the bar at just gone 8:30pm the only other people in the room were the barmaid and a solitary punter. By the time host Simon had arrived, a few musicians had turned up, and a few more punters. So we set off giving single acts 3 songs and duos/trios 4 thinking that we would all have to go round again to fill the night. Little did we know that by about 10 o'clock the bar would be full with players and punters. Ex-host and York-based musician extraordinaire Dan, aka Boss Caine was one of those players and with his bandmates on electric bass and fiddle (pictured) performed an amazing set, including a personal favourite Dead Man's Coat. Taxi-driver Chris added to the excitement with a soul-drenched set including Dock Of The Bay and Ain't No Sunshine. The audience was really buzzing by this time. The Elderly Brothers closed the show. As the previous two acts had performed standing up, we thought we'd give it a go and, unaided by 'The Book' we ran through 4 favourites. Afterwards we carried on unplugged and were joined by a group of punters, who took charge of our book and made song requests until closing time. Some songs we hadn't performed for simply ages, but we got through. From such quiet beginnings it turned into a smashing night!