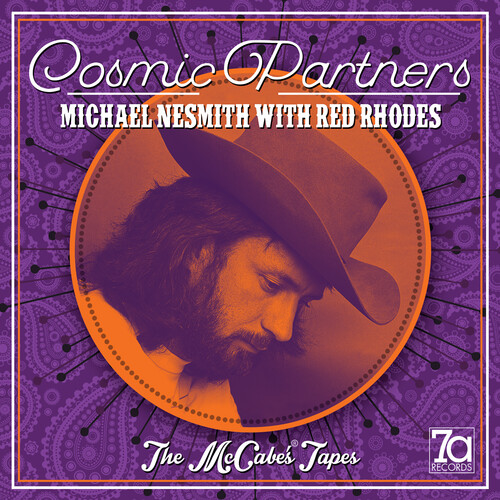 7a Records are delighted to announce the release of their third Michael Nesmith album.

Released as a lavishly packaged CD set with a 24 page booklet with previously unseen pictures and liner notes by Michael Nesmith.

This recording is from a mini concert tour that was in support of what was to be Nesmith's final record on the RCA label, Pretty Much Your Standard Ranch Stash. Consisting of a rhythm section featuring Danny Lane on drums and Colin Cameron on bass, and the legendary O.J. "Red" Rhodes on pedal steel, this would be the last performance of its kind and the beginning of an almost Homeric journey for Nesmith. On the heels of an inordinately successful Monkees TV show, the hangover from overnight celebrity, and the disappointments that so often follow such ascents, this forgotten and almost lost board mix in all its unvarnished glory (remastered here by Christian Nesmith, Michael's oldest son) stands as a ready witness to the spirit of a man full of heartache, a performer bruised by the claws of the star-maker machine, and an artist whose songs have become touchstones for our lives. What you hear is exactly as it happened with no overdubs or audio mumbo jumbo. The perfection you hear is totally for real.