Stanley Donen, ‘Master of the Musical’ Who Directed ‘Singin’ in the Rain,’ Dies at 94

Stanley Donen, who directed Fred Astaire dancing on the ceiling, Gene Kelly singing in the rain and a host of other sparkling moments from some of Hollywood’s greatest musicals, died on Thursday in Manhattan. He was 94.

Stanley Donen brought a certain charm and elegance to the silver screen in the late 1940s through the 1950s, at a time when Hollywood was soaked in glamour and the big studio movies were polished to a sheen.

“For a time, Donen epitomized Hollywood style,” Tad Friend wrote in The New Yorker in 2003. Mr. Donen, he wrote, “made the world of champagne fountains and pillbox hats look enchanting, which is much harder than it sounds.”


Mr. Donen worked with some of the most illustrious figures of his era: from Astaire and Kelly to Cary Grant and Audrey Hepburn. He also worked with Leonard Bernstein, the lyricist Alan Jay Lerner and the writing team of Comden and Green, not to mention Frank Sinatra and Elizabeth Taylor.

Mr. Donen’s filmography is studded with some of Hollywood’s most loved and admired musicals. “Royal Wedding” (1951), in which Astaire defied gravity, and “Singin’ in the Rain” (1952), in which Kelly defied the weather, were just two of his crowd-pleasers.

Among many others were the Leonard Bernstein-Betty Comden-Adolph Green collaboration “On the Town” (1949) — which, like “Singin’ in the Rain,” Mr. Donen co-directed with Kelly — as well as “Seven Brides for Seven Brothers” (1954), with Jane Powell; “Funny Face” (1957), with Hepburn and Astaire; and “Damn Yankees” (1958), with Tab Hunter and Gwen Verdon. 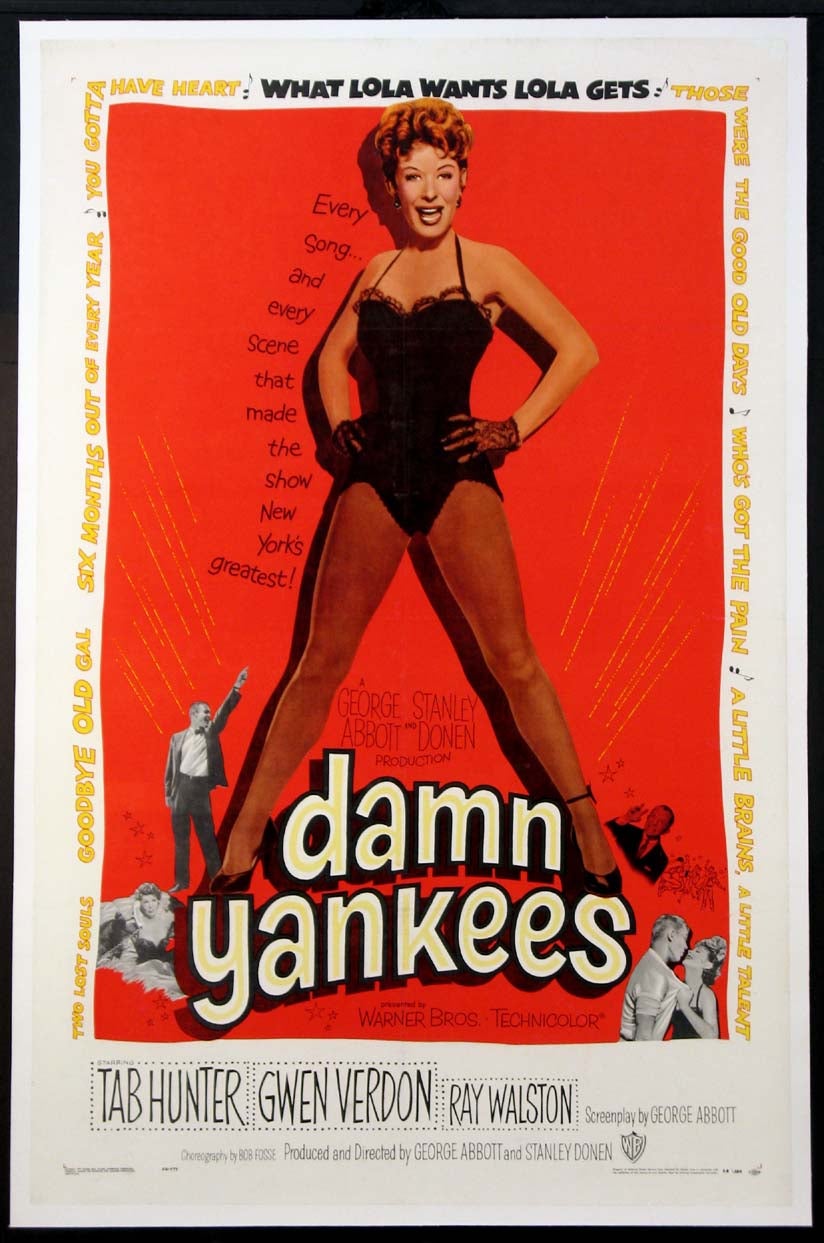 The Academy of Motion Picture Arts and Sciences acknowledged his mastery by honoring Mr. Donen in 1998 with a lifetime achievement award for “a body of work marked by grace, elegance, wit and visual innovation.” Many saw the award as Hollywood’s way of making amends because Mr. Donen had never been nominated for an Oscar, much less won one.

Mr. Donen also directed thrillers like “Charade,” wild comedies like “Bedazzled” and rueful romances like “Two for the Road.” But musicals were his specialty, and his fellow director Jean-Luc Godard — though it could be said that his French New Wave films borrowed virtually nothing from Mr. Donen’s work — spoke for many when he called Mr. Donen “the master of the musical.” 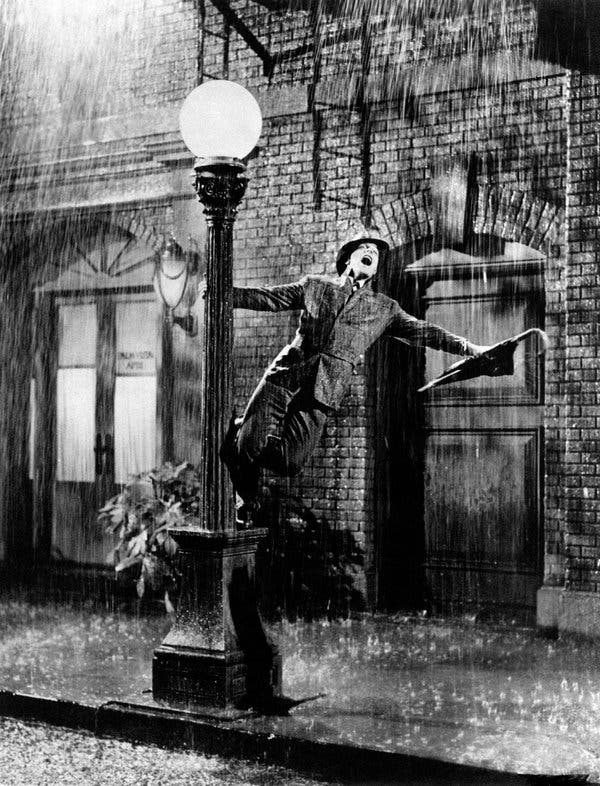 He began his career in Kelly’s shadow. The two first worked together in 1940, in the original Broadway production of Rodgers and Hart’s “Pal Joey.”

Mr. Donen, who had graduated from a South Carolina high school that June at the age of 16, was a member of the chorus; Kelly was the star. They were together again the next year on Broadway in “Best Foot Forward,” Kelly as choreographer and Mr. Donen as dancer. The film critic Andrew Sarris wrote in his book “The American Cinema” that Mr. Donen was “dismissed for a time as Gene Kelly’s invisible partner.”

But there was no dismissing the quality, or the impact, of his solo directorial debut, “Royal Wedding.” With a score by Lerner (who also wrote the screenplay) and Burton Lane, it starred Astaire as an American dancer who is in London to do a show with his sister (Powell) during the same period as the wedding of Princess Elizabeth and Prince Philip.

Astaire’s character falls in love with a dancer in his show, played by Sarah Churchill. One evening he comes home to his flat and, inspired by her photograph, begins to dance — first on the floor and then, in cheerful violation of the laws of physics, on the walls and ceiling.


The sequence, famous in Hollywood lore, took place in a chamber that revolved depending on where weight was applied. Astaire called it the iron lung. (Both Astaire and Lerner took credit for coming up with the idea.)

In his book “Dancing on the Ceiling: Stanley Donen and His Movies” (1996), Stephen M. Silverman wrote that the room’s draperies were made of wood and the coat that Astaire took off was sewn to the chair where he left it, which in turn was screwed to the floor. The year after making “Royal Wedding,” for MGM, Mr. Donen teamed up again with Kelly for the same studio to make “Singin’ in the Rain,” widely regarded as one of the best movie musicals ever made. 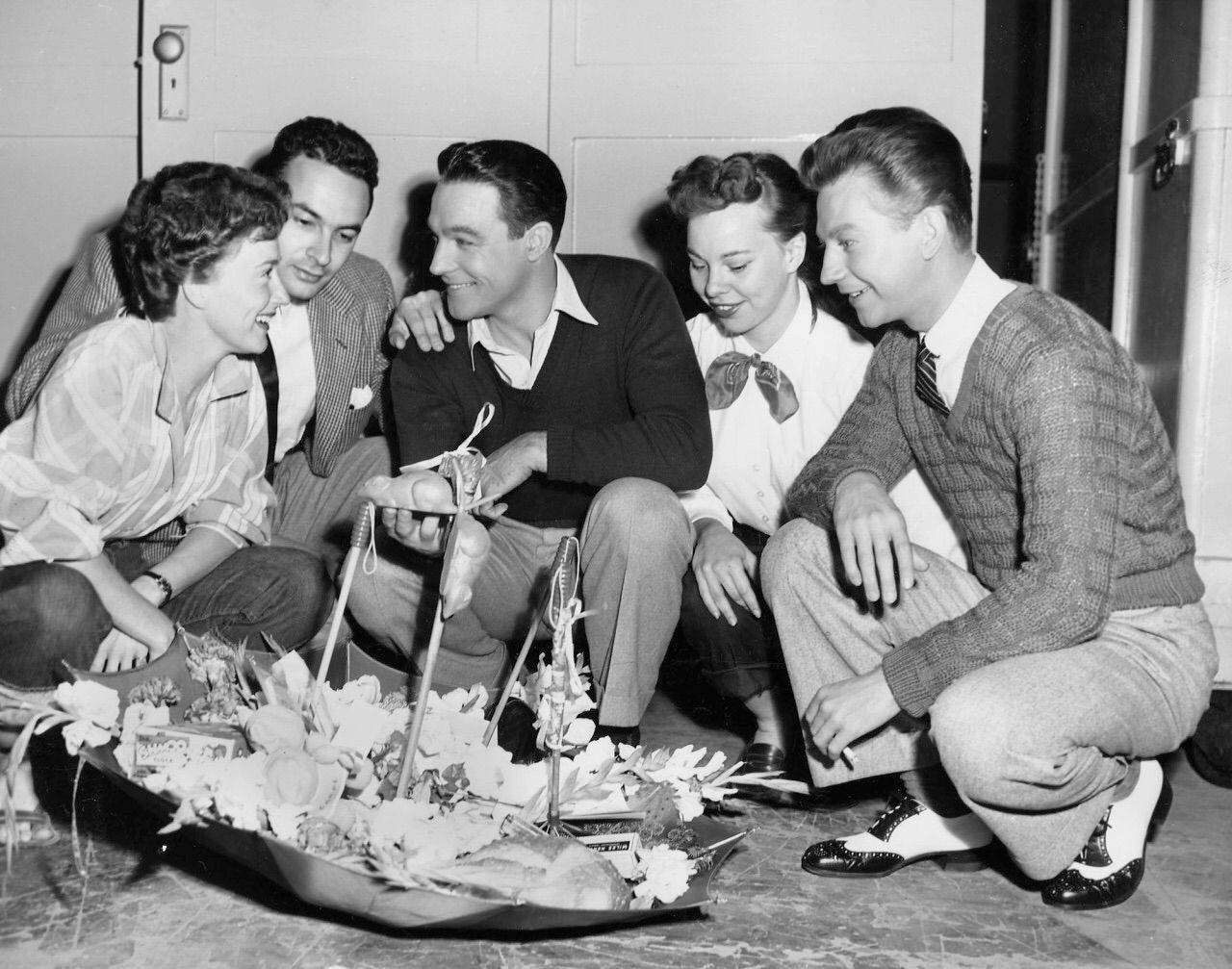 Although they shared directing tasks throughout the movie — a story of the early days of talking pictures starring Kelly, Debbie Reynolds, Donald O’Connor and Jean Hagen, with a screenplay by Comden and Green and songs from the 1920s and 1930s — there was no question who was behind the camera when a thoroughly soaked Kelly bounded ecstatically down a back-lot street in a torrential downpour singing the title song, his dancing partner an umbrella that he ultimately thrust into the hands of a grateful passer-by. The critic Roger Ebert called it “probably the most joyous musical sequence ever filmed.”


Stanley Donen was born on April 13, 1924, in Columbia, S.C., the son of Mordecai Moses Donen, the manager of a chain store that sold midrange dresses, and the former Helen Cohen. He did not much like living in the South, where he often encountered anti-Semitism. “It was sleepy, it was awful, I hated growing up there and I couldn’t wait to get out,” he is quoted as saying in Mr. Silverman’s book.

As a boy he experimented with cameras his parents gave him. “The camera was like a constant companion,” he once said. “It allowed me to withdraw into myself.”

Mr. Donen took refuge in the movies, collecting and studying silent films. Not long after seeing Fred Astaire and Ginger Rogers in “Flying Down to Rio” (1933), their first screen pairing, he decided that he wanted to be a tap dancer.

His father spent summers at the home office of his company, in New York City, and a young Mr. Donen would accompany him. Although his parents were not at all sure they approved of his career path, they saw to it that while in New York he attended dance school. He also went to see many Broadway musicals.

Mr. Donen moved to New York as soon as he could after spending a semester at the University of South Carolina studying psychology, a subject he had taken up to please his father. He paid $15 a week as a lodger in a couple’s apartment on West 55th Street and landed a job in “Pal Joey.” 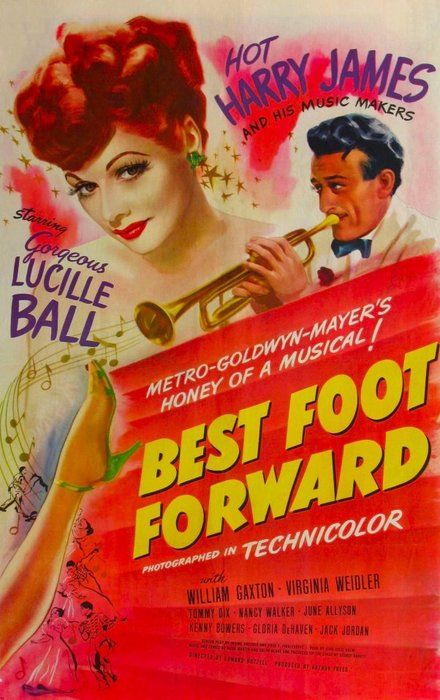 In 1944, Columbia Pictures borrowed both Mr. Donen and Kelly from MGM for “Cover Girl.” Though neither man received screen credit for it, they both contributed to the film’s choreography, with Mr. Donen handling the famous “Alter Ego” scene, a double-exposure number in which Kelly appears to be dancing with himself.

Their association continued in “Take Me Out to the Ball Game” (1949), which starred Frank Sinatra and Esther Williams as well as Kelly. The director was Busby Berkeley, but Mr. Donen and Kelly staged the musical numbers and also provided the story line. “On the Town,” the acclaimed story of three sailors (Kelly, Sinatra and Jules Munshin) on leave in New York, with music by Leonard Bernstein, was the first of three films the two men directed together. Their final collaboration was “It’s Always Fair Weather” (1955).

Mr. Donen was again on his own in 1954 when he directed “Seven Brides for Seven Brothers,” starring Powell and Howard Keel and choreographed energetically by Michael Kidd. Cyd Charisse, who worked with Mr. Donen in “Singin’ in the Rain” and “It’s Always Fair Weather,” called him “one of the few directors I worked for who could tell you exactly what he wanted.” Gregory Peck, whom Mr. Donen directed in “Arabesque” (1966), a drama of international intrigue, praised his “terrific instinct for communicating.” 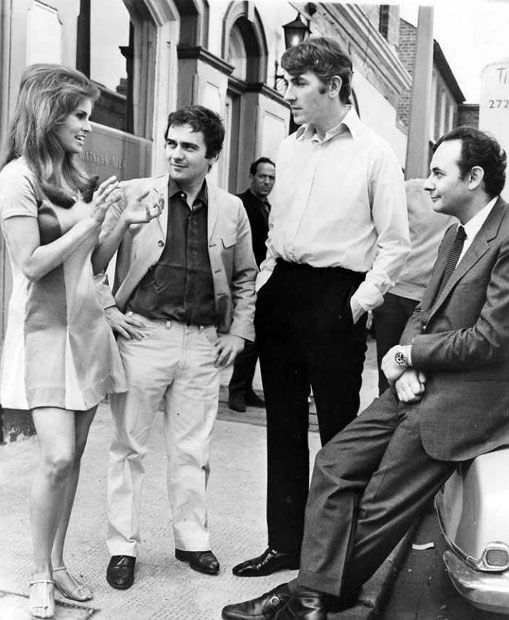 Mr. Donen shifted his focus from musicals after moving to England in 1958. He won critical praise for the romantic comedy “Indiscreet” (1958), starring Ingrid Bergman and Cary Grant; the Hitchcockian comic thriller “Charade” (1963), with Grant and Audrey Hepburn; the manic “Bedazzled” (1967), starring and written by Peter Cook and Dudley Moore; and “Two for the Road” (1967), a romantic comedy written by Frederic Raphael, which starred Hepburn and Albert Finney. 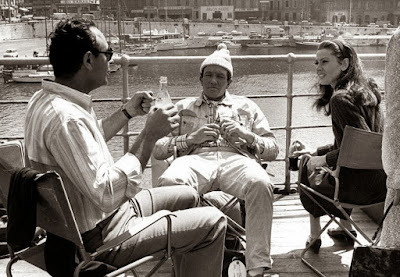 He had few artistic or financial triumphs after returning to the United States in 1975 to direct the problem-plagued Burt Reynolds-Liza Minnelli vehicle “Lucky Lady,” which failed at the box office and damaged his career. He made a modest comeback in 1978 with the parody “Movie Movie,” written by Larry Gelbart and Sheldon Keller, but never directed another movie after the indifferently received 1984 comedy “Blame It on Rio.”

He remained intermittently active into the 21st century. In 1993 he returned to Broadway to direct a theatrical version of the classic dance film “The Red Shoes.” But the production closed after five performances. 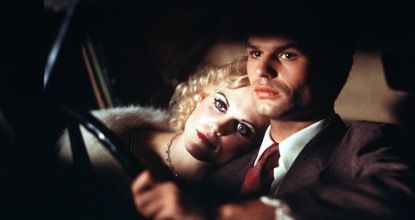 All five of Mr. Donen’s marriages — to the dancer and choreographer Jeanne Coyne, the actress Marion Marshall, Adelle Beatty, the actress Yvette Mimieux and Pamari Braden — ended in divorce. But he did not like living alone. For a time he had a cushion in his living room embroidered with the words “Eat, drink and remarry.”

The director and performer Elaine May was his companion of many years. He is survived by his sons, Mark and Joshua Donen, and a sister, Carla Davis. Another son, Peter, preceded him in death.

Mr. Donen made one of his last directorial efforts in 2002, directing Ms. May’s comedy “Adult Entertainment” off Broadway. The play tells the story of a group of pornography stars on a public-access channel who find that they have higher cultural aspirations but who know they will never achieve them, that they “won’t stop time” and “be the reward to civilization.” To Mr. Donen, such is the lot of most people in show business, or in any business.

“Here it is,” he told The New Yorker. “As an artist, I aspire to be as remarkable as Leonardo da Vinci. To be fantastic, astonishing, one of a kind. I will never get there. He’s the one who stopped time. I just did ‘Singin’ in the Rain.’ It’s pretty good, yes. It’s better than most, I know. But it still leaves you reaching up.”