All the Rembrandts - at the Rijksmuseum, Amsterdam - review 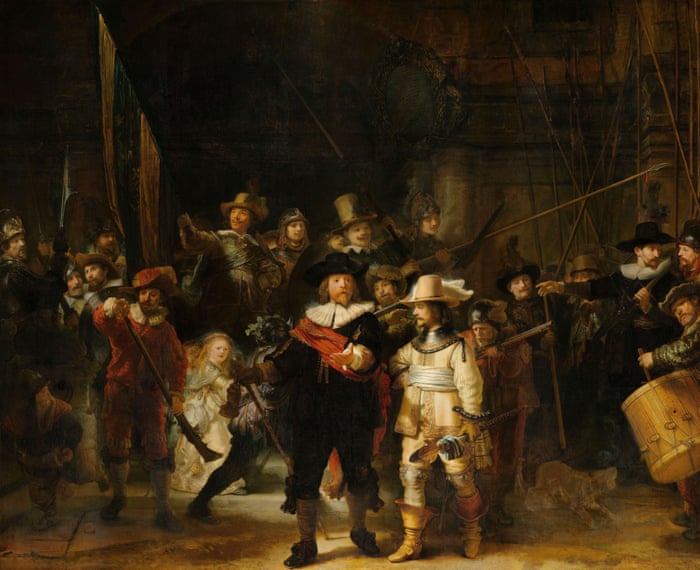 All the Rembrandts review – human chaos made glorious
Rijksmuseum, Amsterdam
From a child’s tottering first steps to Amsterdam’s answer to Dad’s Army, this epic exhibition shows the Dutch master’s extraordinary humanity and lust for life

In front of Rembrandt van Rijn’s huge painting The Night Watch, people chat, squat, walk about and joke, showing nothing like the hushed silence exacted by other world-famous masterpieces. For this is a comic work of art. You’re allowed to laugh – it’s hilarious. The citizen militia company of Amsterdam’s Second District, gathered for their official group portrait in 1642, crowd into the picture, get their hands in front of each other’s faces, even fire off a gun by accident. Others look off in all directions, wave banners clumsily and get their pikes in a twist.

The glorious human disorder of Rembrandt’s incomparable anti-history painting is revealed in a new light by the Rijksmuseum’s All the Rembrandts, a subtle and awe-inspiring exhibition for his 350th anniversary. That disorder spreads from gormless lumpen faces into the work’s very structure. Behind the brightly illuminated figures of Captain Cocq and Lieutenant Ruytenburch, their men are arranged in the kind of grand pyramid beloved of formal classical artists. But Rembrandt has composed this pyramid only to subvert it. Everywhere you look, harmony is collapsing into chaos.

It says a lot of a country when its most celebrated work of art is such a rollicking celebration of the mixed stuff of humanity. The Night Watch has pride of place in Holland’s Rijksmuseum. To mark the 350 years since his death in 1669, the museum has also dug out every other Rembrandt it owns – paintings, drawings and etchings – in a show that amplifies and to some degree explains the joy of The Night Watch. 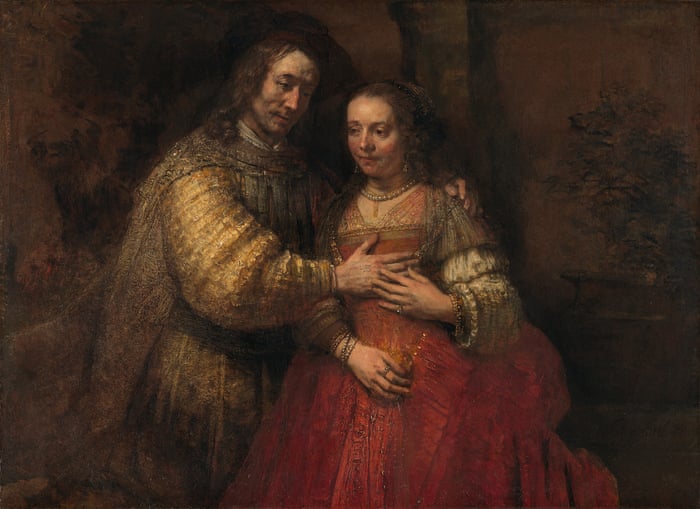 Rembrandt was unquestionably one of the world’s most accomplished painters. You only have to gaze at the massed layers of effulgent colouring on his sumptuous canvas The Jewish Bride, with its sensual meeting of arousing gold and raunchy red, to know that. Is he also a draughtsman and etcher of supreme skill? The proof is abundant throughout this show in a vast unfolding of his works on paper. No one has ever drawn life more brilliantly that Rembrandt does in – for instance sketch of a small child learning to walk. His etching technique is so fine that his prints are just like drawings, with the added impact of massed ink that can create even more dramatic shadows than his paintings do. 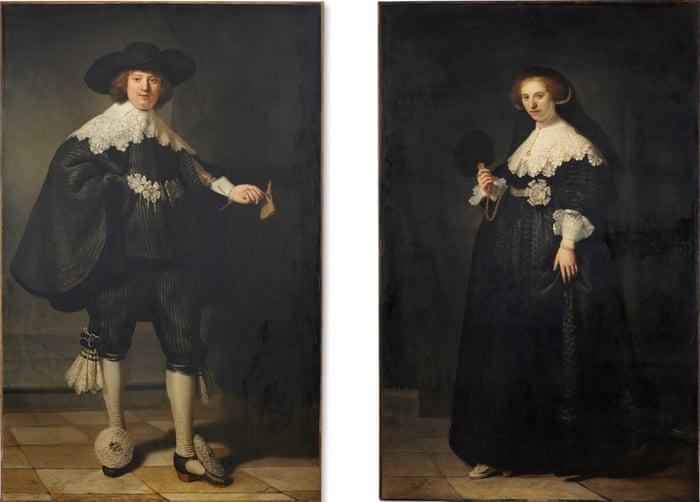 Yet it is the emotional intelligence of Rembrandt that is incomparable. He was an expressionist 250 years before expressionism. It doesn’t matter if he is painting on a grand scale or etching on a tiny square of paper. The medium is not the message. With Rembrandt, the message is the message – and it melts your heart. 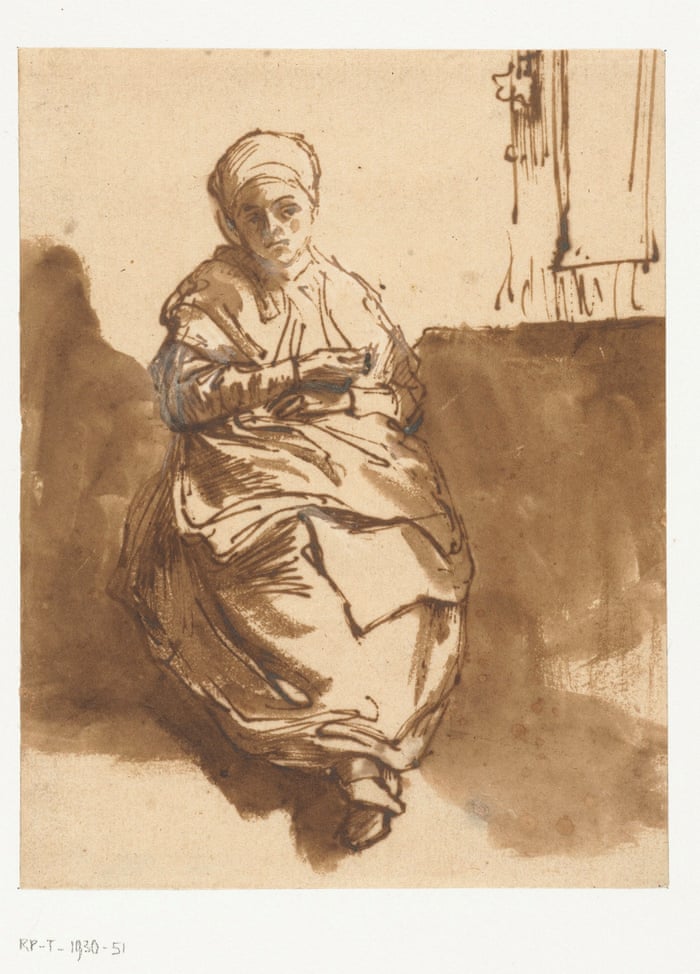 He never stopped seeing the pain all around him. That’s the great revelation of his etchings. In his prints he could show the uncomfortable realities his rich clients would rather not see. In a particularly devastating array of graphic works, he draws the street people of Amsterdam. Just like his bigger, painted portraits, they make you feel the entire presence of a fellow human being. 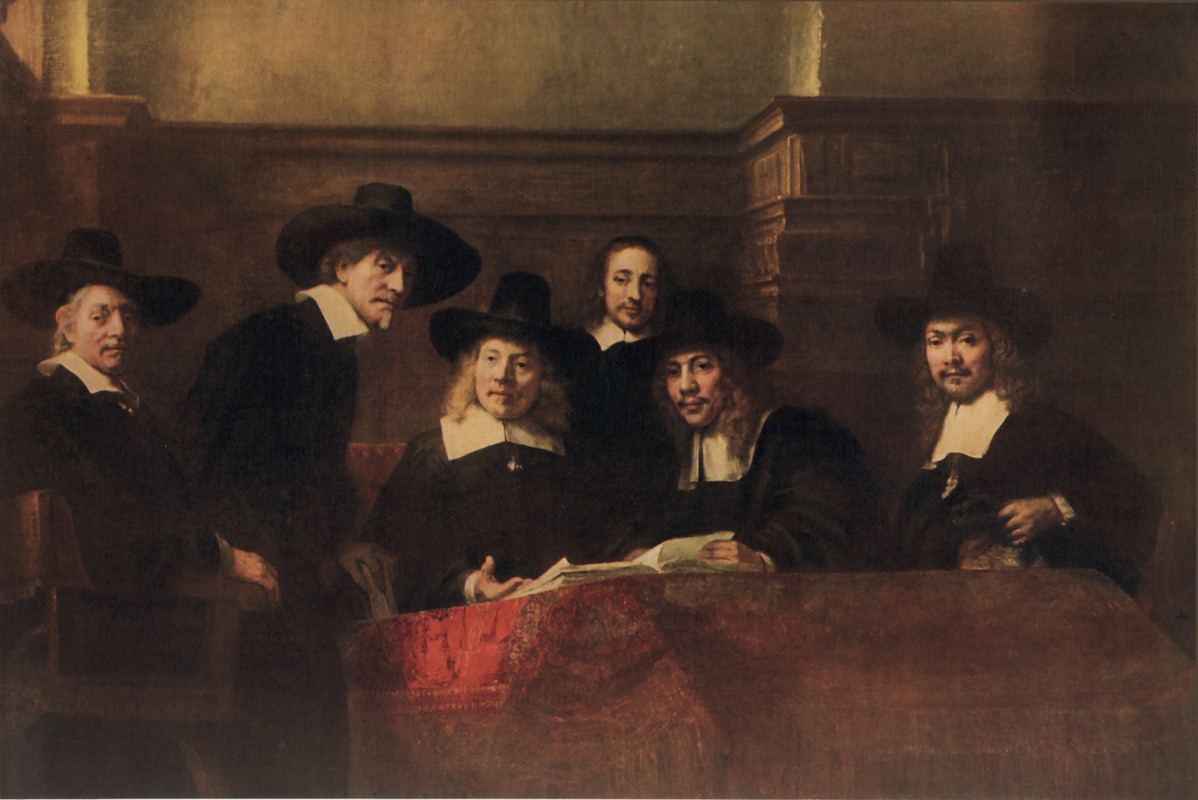 The Sampling Officers of the Amsterdam Drapers’ Guild (The Syndics), 1662

It’s uneasy and shocking to move from these proletarian portraits to his great painting The Sampling Officers of the Amsterdam Drapers’ Guild (The Syndics). This is a portrait of well-heeled, authority-wielding men. They look back at you with austere probity. By the time Rembrandt painted these pillars of society in 1662 he himself was an outcast, a bankrupt on the skids. The Syndics seem to be judging him, and us. They despise the human mess of our lives.

Self-Portrait as the Apostle Paul, 1661

Rembrandt’s landscapes are another of this show’s de-centring moves. Setting his graphic works next to his paintings uncovers how much time he spent ruminating in the countryside around Amsterdam, drawing deliberately eccentric bucolic scenes. He painted very few landscapes in oils, but this exhibition proves him one of the greatest of landscapists. And a very modern one.

Nude Woman Resting on a Cushion, circa 1658

And so you come out, dazzled, and take all these images of the raw, the cosy, the adoring and the pitying to The Night Watch. It has never looked greater than it does when you’ve had your eyes opened, by this exhibition, to the poverty and wealth of being human.

• At the Rijksmuseum, Amsterdam, until 10 June (ticketed entry)

https://www.rijksmuseum.nl/en/all-the-rembrandts-exhibition
Posted by Frank Black at 09:18