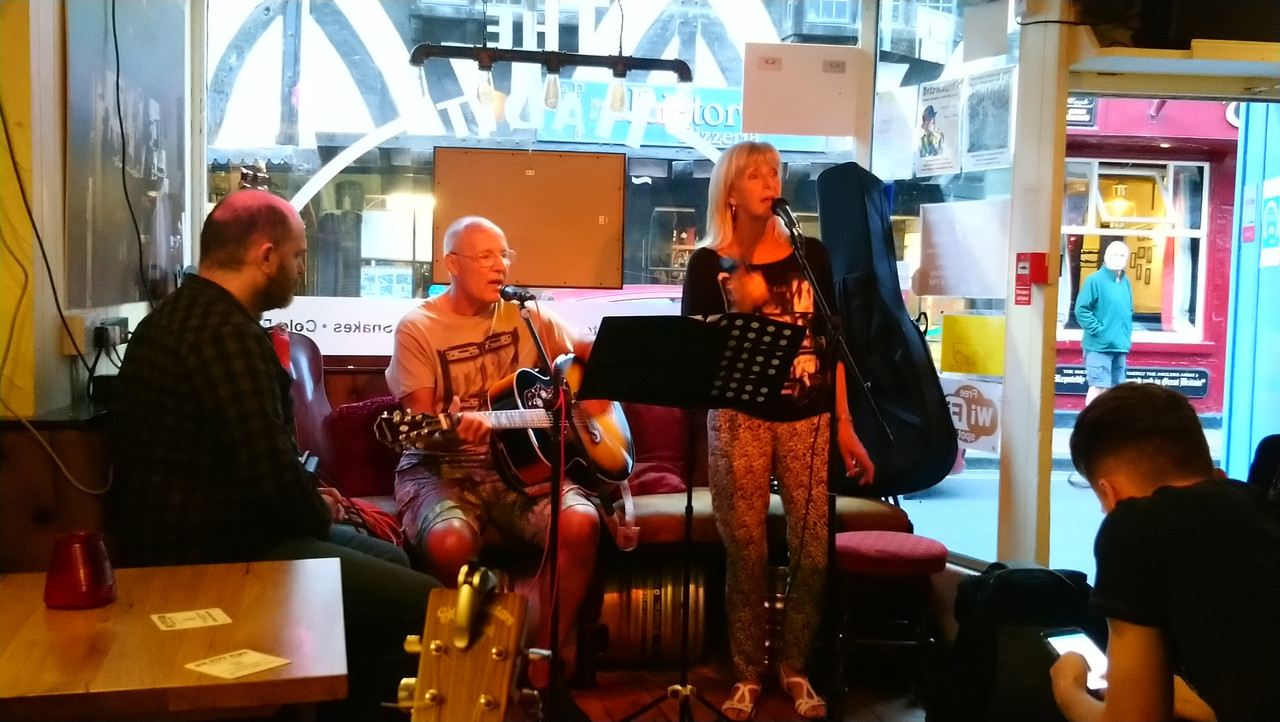 Ron Elderly: -
I'll See You In My Dreams
Just My Imagination

Da Elderly: -
Midnight On The Bay
You've Got A Friend

The Elderly Brothers: -
Love Hurts
The Sound Of Silence
You Really Got A Hold On Me
Out Of Time

It was a full house for most of the evening, no slow start like last week, with plenty of players old and new. First in line were Boroughbridge duo Phil and Ann (pictured), who haven't been for a while - they chose The Eagles' Tequila Sunrise and The Lovin' Spoonful's Summer In The City. A guy claiming folky roots sang two songs acapella: the first about fishing for cod off Iceland, the second about sheep rustling....never say The Habit lacks variety! The surprise of the evening was a guy from Middlesbrough whose guitar style would have fitted nicely into a Leon Redbone song. He sang two numbers by Hoagy Carmichael: Rockin' Chair and a sublime Georgia On My Mind. The Elderly's closed out the night and, after a short refuelling stop continued until closing with some acoustic tuneage........with a smattering of drinking songs - very apt given the circumstances.