'Like a military operation': restoration of Rembrandt's Night Watch begins
Elaborate process will be livestreamed from Amsterdam’s Rijksmuseum

The restorers, data experts and art historians at the Rijksmuseum call it Operation Night Watch. “Because it is like a military operation in the planning,” said Taco Dibbits, the museum’s general director.

At 9am on Monday, as the doors of the Amsterdam museum open to the public, the largest and most elaborate public art restoration in history will begin.

In a specially constructed seven sq metre glass chamber, a team of 12 experts will work to bring back to its former glory one of the world’s most spectacular paintings: The Night Watch by Rembrandt.

The process will not only be performed in front of the public, in the building built in 1885 as a “cathedral of the arts”, where The Night Watch occupies the “high altar” in the museum’s gallery of honour, but will be livestreamed to millions around the world. 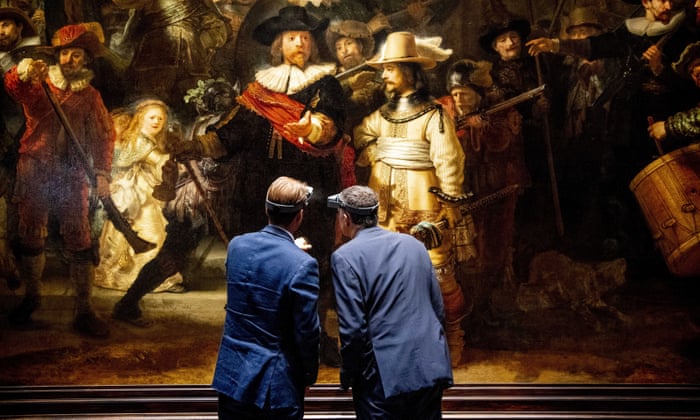 Beyond conserving the painting for generations to come – it was last restored in 1975 following a knife attack by a Dutch teacher – it is hoped that an initial 10-month research stage using the most sophisticated technology will bring new insights into how Rembrandt van Rijn made his masterpiece in 1642, whether he did, as is believed, make a preparatory sketch across the vast canvas and what changes he made along the way.

Over the last two weeks, an iron frame into which plates of clear glass can fit to form the restoration case has been constructed in a warehouse just outside Ghent in Belgium. The team did one practice run putting it all together, but there were some precarious moments. “You have to gain the experience of moving such long glass plates and that was not easy,” said Dibbits. “None broke, but it was very good to do that before.” 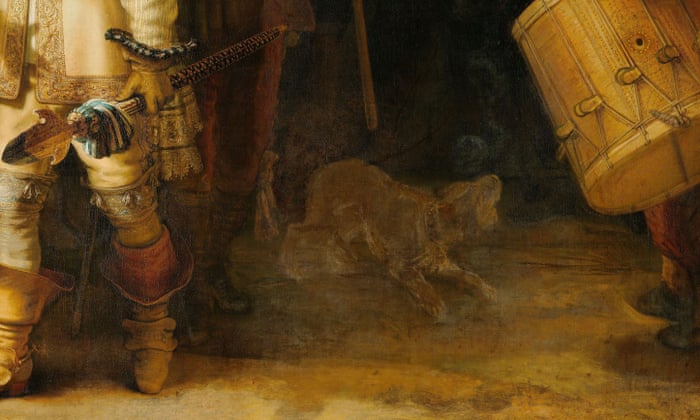 On Saturday the construction of the chamber will be completed – on the spot where The Night Watch is viewed by 2 million people every year. The painting was moved a week ago to a different part of the gallery of honour to allow for preparations. “It was always wisest to move the painting well out of the way and not build the glass case around it,” Dibbits said. 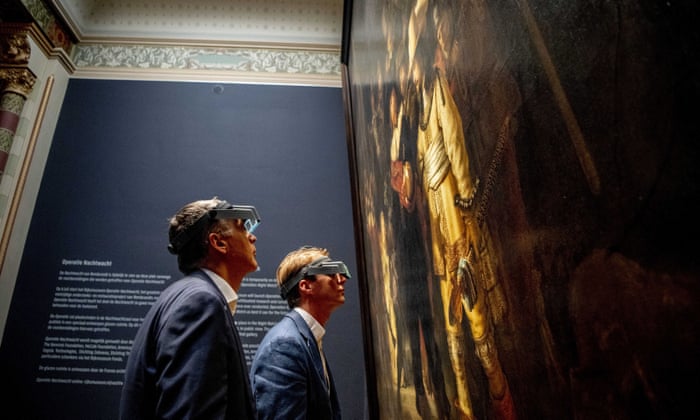 After the last visitors have left the Rijksmuseum on Sunday afternoon, about 25 people will start the arduous task of transporting the 337kg painting into the waiting chamber and on to a tripod-like imaging frame, a job that is expected to take until midnight.

The Night Watch has been moved only a handful of times in the last 150 years, including its transportation into a bunker in the coastal dunes at the start of the second world war, and later in the conflict into mines in the south of the Netherlands.

“Any move of any painting, especially The Night Watch, which is such a large painting, you always have to be very careful and it is very precisely done,” said Dibbits. “It is moved from the wall by hand and then hydraulic lifts on to a kind of cart especially constructed for it on wheels, and then it is pushed into the glass case which has one very high door which enables it to move it there without barely any vibrations.” 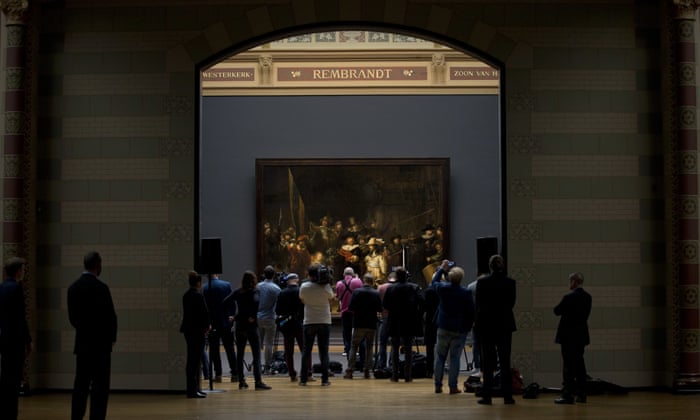 On Monday morning, Dibbits will offer the gathering crowds and online viewers an introduction to the team working on the masterpiece. “And then we will let them get to work,” he said.

Dibbits said that because the painting has always been on view even those who knew it best had much to learn. “I have been working there for 17 years and I have never seen the top of the painting – you can’t just put a ladder in front of it. We know so little on how he worked on making The Night Watch.”