Jackson Pollock review – this is art as nervous breakdown ... and it's majestic
This revolutionary new exhibition is proof that Pollock’s life after 1950 was not, as has previously been painted, just one long alcoholic crisis

This is the saddest story you will ever see. In 1950, the great American painter Jackson Pollock stood at the peak of his achievement. His dripped and poured and flicked galaxies of colour attain a majestic beauty in such paintings from that year as Lavender Mist, One: Number 31, 1950 and Autumn Rhythm. Pollock was painting at this moment like his contemporary Charlie Parker played sax, in curling arabesques of liberating improvisation that magically end up making beautiful sense.

There is a grace in this art that belies its radical method of creation. Putting canvases on the ground and throwing paint at them seems a recipe for anarchy. Pollock, however, insisted that his art contains “No chaos, dammit!”

It was a brief perfection. Pollock was addicted to alcohol for most of his adult life. It was only after marrying fellow painter Lee Krasner, moving out of New York and finding a doctor who could help him kick the drink that he entered his golden period. But by the end of 1950, it was over. Krasner blamed the sudden death of the doctor he had relied on. Pollock hit the bottle and his painting went to hell. 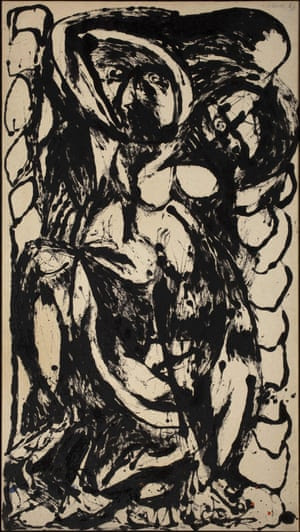 Or did it? Tate Liverpool has looked into Pollock’s darkness to reveal undiscovered shades. Its important, in fact revolutionary, new exhibition concentrates not on Pollock’s glory days but his years of supposed decline, from 1951 to his death in a car crash in 1956. After an opening room of “classic” drip paintings, it plunges into a heartbreaking journey among the black, blotted, semi-figurative paintings that are usually seen as symptoms of his tragic decline. 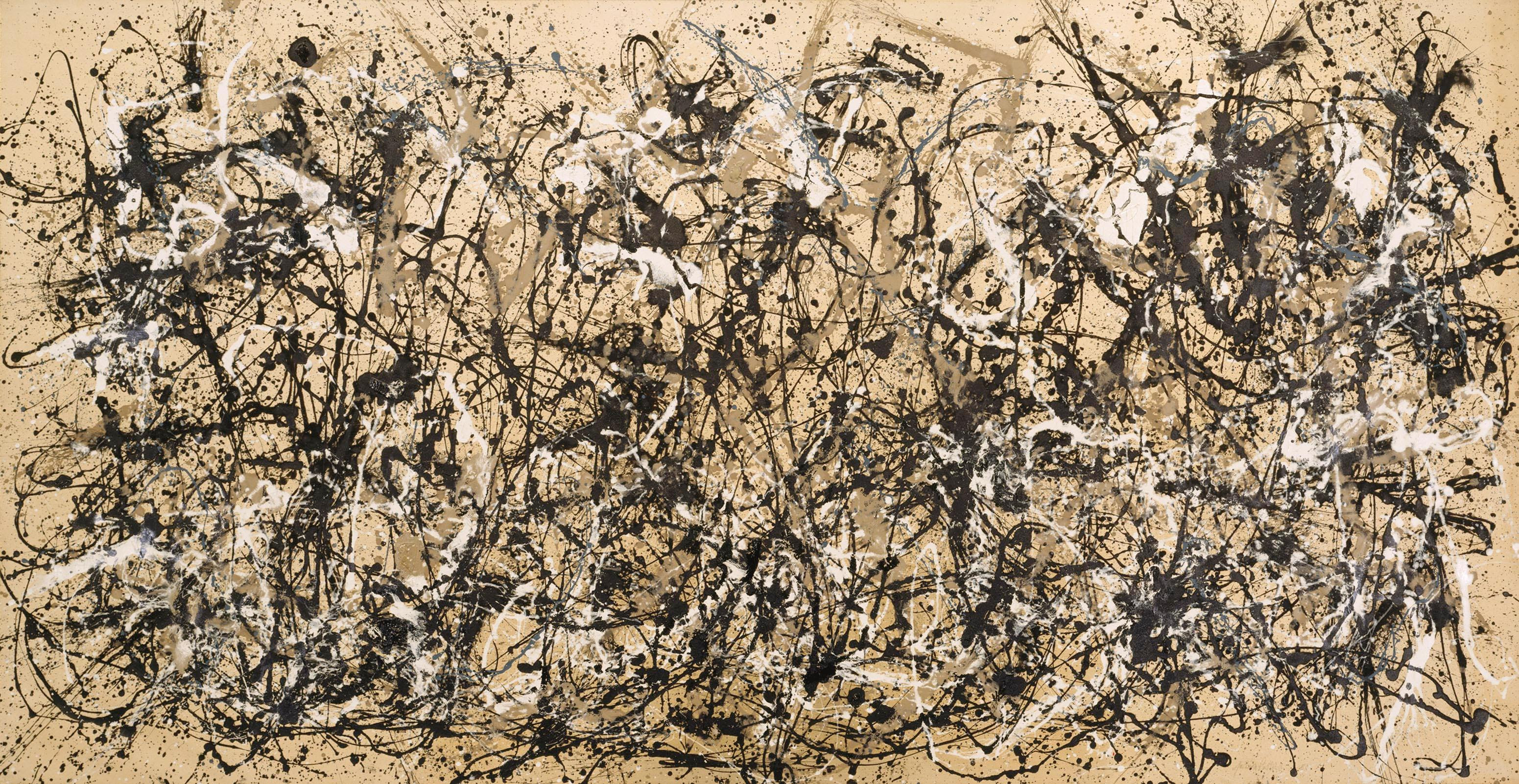 In 1951 Pollock, tortured and stumbling in his private life, shocked and disappointed the New York art world with an exhibition of matted, ugly paintings in an oily black squirted from turkey basters and thickly brushed on to raw canvas that blotted the monotonous blackness. Out of the morass emerge fragments of imagery. Distorted faces, floating breasts, an anguished confrontation of male and female bodies – these paintings tell of a terrible crisis in his life. They are drunken monuments to pain and self-pity.

What this exhibition reveals, to my surprise, is that they also happen to be absolutely terrific paintings, great shattered ruins as wondrous as lost cities. Pollock never had entirely rejected meaningful imagery, even at his most apparently abstract. His early art is dense with mythology and Jungian archetypes. In a rare work that opens this show, he drips paint over a photograph of a mother and child. “I choose to veil the image”, as he put it. In other words, the image is there – meaning is there – always. And in his later paintings it breaks out like a sickness.

Man and woman, love and loathing, sex and death – the themes of these scary nervous breakdowns of paintings are stark. Pollock did not really return to traditional figurative art in 1951. Rather he invented a new kind of drawing, as grandiose and free as the abstract swirls from which it takes shape. His crude faces look as if they were drawn by Frankenstein’s monster with a thick felt-tip pen. 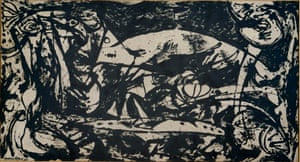 There are no second acts in American lives, claimed F Scott Fitzgerald. But Pollock’s life turns out to have a defiant second act. He lost the jazz player’s grace but found instead the ripeness of the blues. In his big, broken painting Portrait and a Dream, his own face contemplates the fleshy sufferings of his dream life. The chaos takes over, and he watches himself lose. 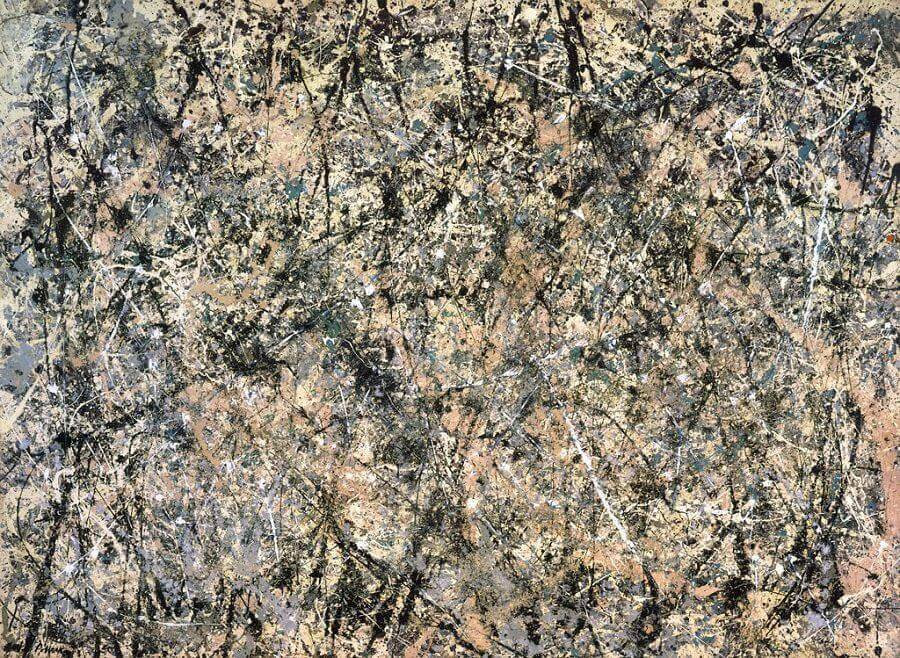 This exhibition casts a brilliant new light on an American tragedy. It is proof that even as Pollock drifted into the swamp of self-destruction, he plucked the strange fruit hanging from its tangled trees.
Jackson Pollock: Blind Spots is at Tate Liverpool until 18 October 2015

http://www.tate.org.uk/whats-on/tate-liverpool/exhibition/jackson-pollock-blind-spots
Posted by Frank Black at 08:01