The party of the first part...

In a motion filed in late May, lawyers for the J.D. Salinger Literary Trust said a copyright suit filed against them by Memphis-based indie publisher the Devault-Graves Agency is without merit, and should be dismissed.

The March, 2015 lawsuit accuses the Salinger Literary Trust of “tortiously interfering” with the Devault-Graves Agency's attempts to license foreign editions of its book, J.D. Salinger: Three Early Stories, a collection of three Salinger works that had each lapsed into the U.S. public domain decades ago. The Devault-Graves Agency is seeking damages, and a declaration from the court that the Salinger Literary Trust has no rights to the works in question, and an affirmation that the publisher can sell its collection globally. 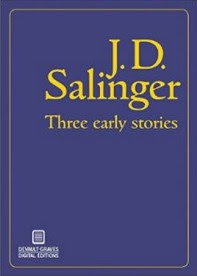 The Salinger Literary Trust does not dispute that the stories in question are in the U.S. public domain, having lost protection after their initial 28-year copyrights were not renewed (Congress has since eliminated the requirement to register and renew works). But in their filings, attorneys for the Salinger Literary Trust say that the works are not necessarily in the public domain overseas, and claim that the Devault-Graves Agency's understanding of international copyright is “critically flawed.”

Specifically, Salinger attorneys assail the Devault-Graves Agency's broad reliance on Article 7 of the Berne Convention, known as the “Rule of the Shorter Term.” Article 7 generally mandates that copyright protection abroad cannot exceed the term mandated in a work's country of origin. But Salinger attorneys caution that the terms of the Berne Convention are subject to a number of caveats, including terms of other existing treaties, the specific copyright laws of each member country, as well as each country's unique interpretation of the Berne Convention, which makes the “sweeping, one-size-fits-all declaration” the Devault-Graves Agency seeks if not impossible, then at least infeasible.

“To properly determine the parties’ rights in each potentially relevant country would be extraordinarily complex,” Salinger attorneys argue. "168 countries have signed on to Berne, and an individualized inquiry into the laws of each of those countries would be needed to answer the question that Plaintiff asks this Court to determine in one fell swoop, for the entire world." Accordingly, Salinger attorneys conclude, “these issues are best left to foreign courts.”

Bolstering their argument, Salinger attorneys also filed with the court a copy of a March 31, 2015 order from the Regional Court in Berlin barring publisher Piper Verlag from selling J.D. Salinger: Three Early Stories in Germany—a decision that could stand as a serious blow to the Devault-Graves Agency's chances of success.

In their complaint, Devault-Graves attorneys claim the Salinger Literary Trust "does not own, and has never owned the copyrights" to the stories in question, and notes that a blanket copyright assignment by Salinger to the Salinger Literary Trust shortly before the author's death in 2010 does not include the works, which had already entered the U.S. public domain. But the German court held that since Salinger had clearly intended "an encompassing assignment of rights" to the Trust, that was sufficient under German copyright law for the Trust to subsequently claim rights which Salinger may have been "unaware of," including foreign rights.

"Copyright protection [for the] works in foreign countries was still possible," the German court concluded, rebuking Piper Verlag for "acting negligently," by relying too heavily on the assurances of the Devault-Graves Agency when "the responsibility rested on [Piper Verlag] to exhaustively assure itself" of its rights before publication.

Salinger attorneys argue that at a minimum the German court decision "belies" the contention that the Trust is interfering in Devault-Graves' foreign deals "without any legal basis."

Lawyers for the Salinger Literary Trust also offered a number of other legal arguments to have the case tossed, including a challenge to hearing the case in Tennessee, and requested a hearing. A briefing schedule was not available at press time.

http://www.publishersweekly.com/pw/by-topic/digital/copyright/article/66995-j-d-salinger-literary-trust-fires-back-in-copyright-battle.html
Posted by Frank Black at 19:52