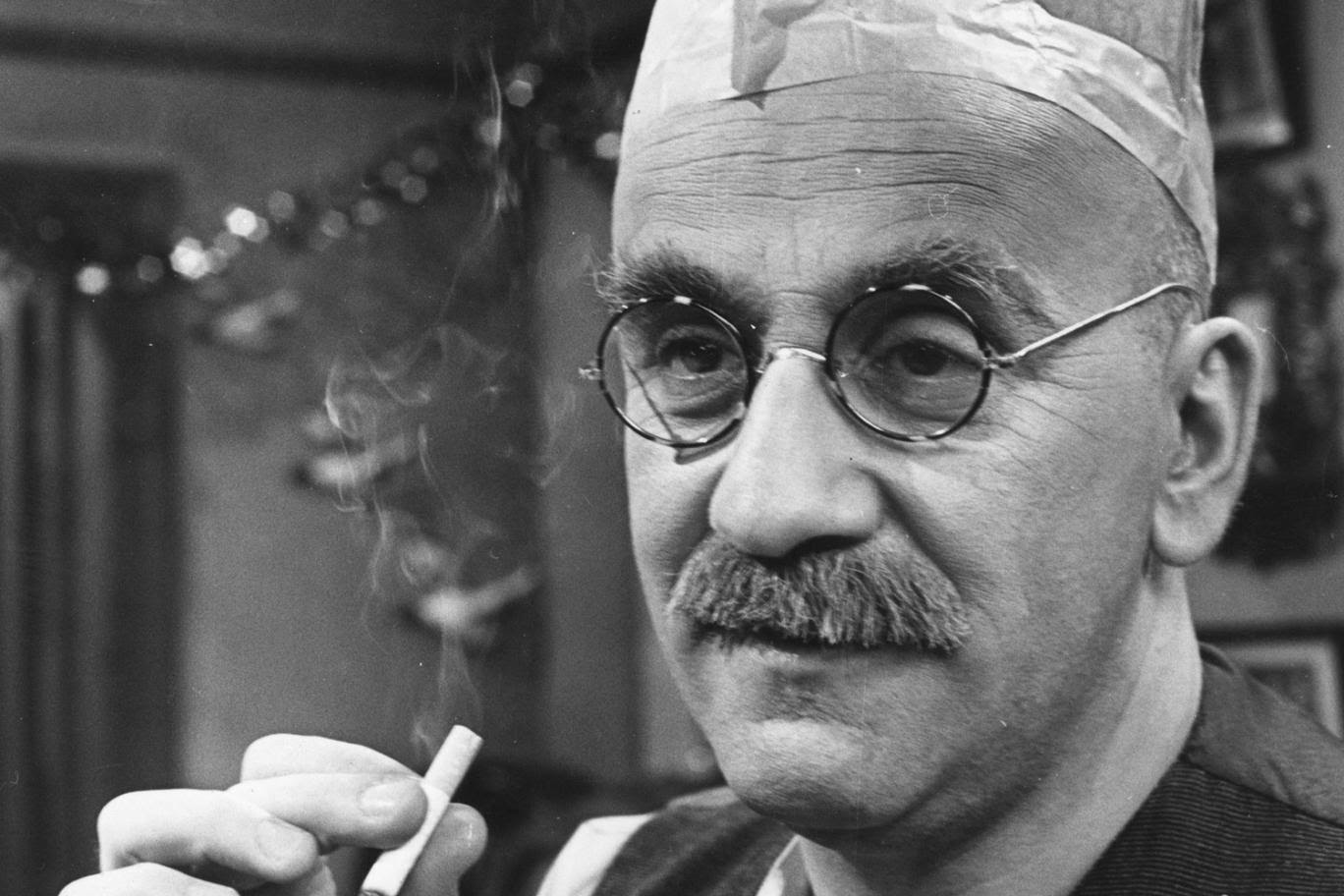 Remembering Warren Mitchell: one of Arthur Miller's favourite actors
Martin Chilton pays tribute to the fine actor, who had mixed feelings about playing one of the most notorious bigots on TV

Actor Warren Mitchell, who has died aged 89, will forever be associated with Alf Garnett, the vile old bigot he portrayed on television, stage and film from 1965 to 1998.

Garnett, created by writer Johnny Speight for the television show Till Death Us Do Part, was one of the most influential TV characters of the 20th century and tended to overshadow Mitchell's other acting accomplishments. How many people will know, for example, that Mitchell was one of playwright Arthur Miller's favourite actors?

It's not surprising, however, that Mitchell will be remembered for his portrayal of Alf Garnett, because he was a remarkably splenetic character, perhaps TV's most memorably miserable old git.

Mitchell wasn't even first choice for the role – it had been turned down by Peter Sellers, Leo McKern and Lionel Jeffries – but he made it his own, bringing out the full warped power of a racist, sexist homophobe, whose only loyalties were to the Queen, the Conservative Party and West Ham United. Alf, an East End dock worker, was constantly at war with his "silly old moo" of a wife, his left-wing daughter and his layabout son-in-law, the "Scouse git". The actor won a BAFTA for his portrayal of Garnett.

Writer Speight had originally written the character for a Comedy Playhouse pilot and it was inspired by the racist and sexist characters that he had known around London's Canning Town as a child. Mitchell played the role so well that it was soon clear that part of the audience was actually laughing along to Alf's rants about blacks, immigration and the welfare state. Rather than being a figure of fun, he was increasingly being seen as a voice of reason (his catchphrase was "It stands to reason").

Mitchell knew he was just acting out a role (not least in that he was an ardent Spurs fan in real life) and even though he recognised the subversive intention of Speight's foul-mouthed creation – the fact that Mitchell was Jewish was part of the satire of his anti-Semitic character – not everyone got the joke. "There have been times when I've felt ashamed. When I've been doing Alf to a live audience and he says something like 'Enoch Powell had the right idea' or 'Adolf Hitler had his moments,' and somebody in the audience cheers," Mitchell once lamented.

There's no way a programme with such offensive dialogue would be made today but Mitchell remained convinced that Speight was a writer of the highest order. "I've been lucky, I've worked with all the greatest writers: Shakespeare, Pinter, Speight. Johnny deserves his place with them," Mitchell said.

Mitchell was born Warren Misell on 14 January 1926 and changed his name when he went into acting because nobody could ever pronounce his name correctly. He was partly inspired to become an actor by meeting Richard Burton when they were both RAF cadets at Oxford in the war. He even did a Welsh character for his Royal Academy of Dramatic Art (RADA) audition. "I always thought if you could be Welsh and Jewish you really couldn't miss," Mitchell joked. Until his forties, when Alf came along, Mitchell was a jobbing actor appearing in minor TV roles and on radio in shows such as Hancock's Half Hour.

Although Mitchell is identified almost exclusively with Garnett, he was a very fine theatrical actor. On stage he received extensive critical acclaim for his performances in Harold Pinter's The Caretaker and The Homecoming.

In his theatrical work, Mitchell is most closely associated with Arthur Miller's Death Of A Salesman. Mitchell played Willy Loman four times, including a stage version in Australia where he acted with a young Mel Gibson. In 1979, he won an Olivier Award for Actor of the Year for playing Miller's complex character.

Mitchell once recalled the playwright coming to talk to the Salesman cast at the National. "Arthur Miller said to us, 'You know when we went on tour with the play, the management wanted to change the title. They said, it's death, it really is death to have the word death in the title. They came up with all sorts of other suggestions.' Then he asked us, 'What would you think would be an alternative title?' And somebody in the cast said, 'What about Till Death Us Do Part?' Miller didn't know why everyone was laughing."

Mitchell suffered a stroke in August 2004 but was back on stage a week later, performing in Miller's The Price. To the end, he was an indefatigable old trouper and remained sanguine about having made a success out of such an unpleasant character as Garnett. "I live in the house that Alf built and paid for – so I can't grumble," he said.

Asked recently to sign an autograph of a picture of him as Garnett, the actor obliged saying, "Oh, it's that old sod!"

http://www.telegraph.co.uk/culture/tvandradio/11996005/Remembering-Warren-Mitchell-one-of-Arthur-Millers-favourite-actors.html
Posted by Frank Black at 12:24