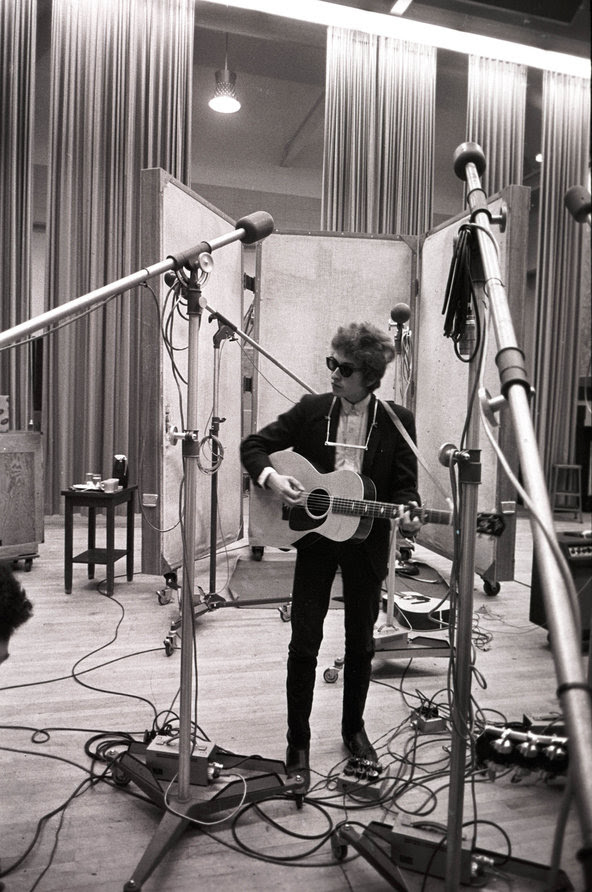 My back pages: how Dylan’s Bootleg Series illuminates his past
As the singer releases every note he taped during his mid-60s peak, it’s time to assess how he has co-opted the unofficial recording to shed light on his creative genius

Back in the summer of 1969, very little could be cooler than owning a copy of Great White Wonder. This was a set of two 12” LPs packaged in a completely blank white jacket made of cheap card, with plain white labels offering no information on the contents. A jumble of out-takes, demos and radio broadcasts from the entire career – at that point spanning a mere six years – of Bob Dylan, it promised to provide the clues that would help adherents decode the mysteries of the singer’s life and work.

The best part of 50 years later, Dylan has taken the job of providing those clues firmly into his own hands. This month, his official Bootleg Series, launched in 1991, reaches Volume 12 with the most lavish production yet. Under the title The Cutting Edge, it surveys his work during 1965 and 1966, the years when his career as the voice of a generation was at its zenith.

For those with unlimited disposable income, $600 will secure a set of 18 CDs documenting, across 379 tracks, every note he recorded during the era when a pair of singles – Subterranean Homesick Blues and Like a Rolling Stone – and three albums – Bringing It All Back Home, Highway 61 Revisited and Blonde on Blonde – reshaped not just Dylan’s own music but that of just about every rock and pop musician under 40.

Dylan’s record company believes 5,000 people can be persuaded to invest in this premium product, but for obsessives of more modest means, £100 will cover a six-CD version, including an entire disc devoted to the 20 takes that transformed Like a Rolling Stone from a decorous and rather tentative waltz to the raging backbeat-driven sound that stood the world on its ear. There are also more economically priced sets comprising three vinyl LPs or two CDs.

Early in the original bootleg era, some artists dressed down their official live albums to look rough and ready, immediate and “authentic”, with an under-the-counter vibe. Dylan’s Bootleg Series, supervised by Jeff Rosen, his manager for 25 years, goes in the opposite direction, luxuriating in meticulous assembly and handsome design. This is a major money-making enterprise, aimed at a generation of listeners who grew up buying albums and getting shelves built to hold them, fastidiously arrayed in alphabetical order. Mostly men, of course. And men who are still willing to spend their money on such things, not just as a way of retrieving the past but to guard against missing that vital track, hidden away for decades, that might explain everything.

For Dylan, paradoxically, the appearance of each new volume absolves him from an obligation to stuff his concerts with old songs, something he has long hated. As long as he is endorsing the release of such treasure, no one can claim he does not care about his past.

Much of the Bootleg Series – the set of important early acoustic demos, the concert recordings from 1964, 1966 and 1975, the complete Basement Tapes from 1968, which had once formed the core of Great White Wonder – represents a Dylanologist’s dream. Those 20 takes of Like a Rolling Stone can be seen as equivalent to the typescript of TS Eliot’s The Waste Land, covered in the amendments with which Ezra Pound gave his friend’s masterpiece its final form in 1922, or the original version of On the Road, as pounded out by Jack Kerouac on a continuous scroll, unparagraphed, using real names and containing passages deemed too explicit in 1957.

Scholars are always grateful for such material, but Dylan’s Bootleg Series is not just about shedding light on the processes behind familiar work. These albums also represent the only legitimate way of hearing some of his genuine and long-buried masterpieces: the tempered bile of She’s Your Lover Now from 1966, the spectral I’m Not There from 1968, the apocalyptic Blind Willie McTell from 1983, or the majestic eight-minute ’Cross the Green Mountain, written in 2002 for the American civil war movie Gods and Generals. We can hear how his phrasing and tone, a mixture of bitterness and regret, bring to life some lines omitted from the very different official take of Someday Baby in 2006: “When I heard you was cold, I bought you a coat and hat / I think you must have forgotten about that.” 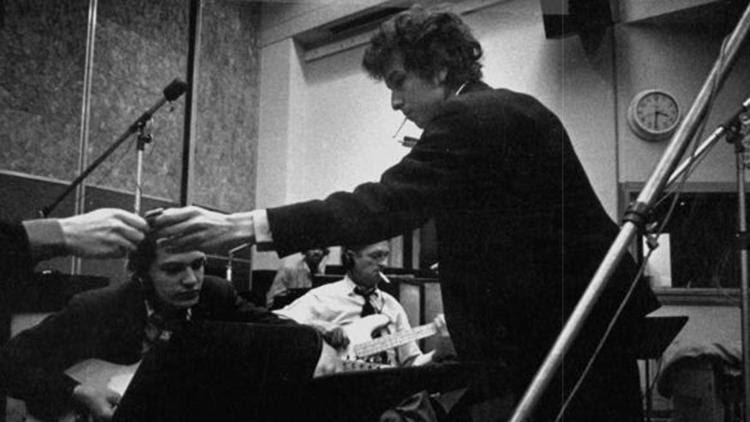 Does Dylan himself actually care about the effect of all this? Is he really concerned that we should not miss the chance to hear these unfinished or rejected efforts? When he decided not to include Blind Willie McTell on the album Infidels, to the utter mystification of everyone who quickly pounced on the song via illegal bootlegs, was he expressing his definitive opinion, or is he pleased to have it out in the open now? Or is he just glad to be earning the money that would otherwise go into the bootleggers’ wallets?

There is no way of getting straight answers to these questions. From the beginning of his career, when he circulated a semi-fictitious biography via the PR department of his record label, he was seen as an enigma. The messages of his songs seemed to require deciphering, which was what made Great White Wonder and its immediate successors – Great White Wonder II, Little White Wonder, Stealin’, 24 and Seems Like a Freeze Out – such essential purchases. Not to mention The Albert Hall 1966 Concert, the first to come in a proper sleeve with a photograph on the cover, the disc pressed on purple vinyl, half of it in real stereo (and not from the Royal Albert Hall, in fact, but from Manchester’s Free Trade Hall – another of the little mysteries that fed the trade in Dylan contraband).

That kind of bootlegging quickly spread to include the Rolling Stones, Led Zeppelin and the Beatles, but it never rivalled outright piracy (the counterfeiting of official releases) as a threat to the music business. If anything, it fuelled the industry’s burgeoning prosperity. Those buying Great White Wonder from one of the two or three shops in London that kept it under the counter in 1969 were devoted fans who had already bought Dylan’s entire commercial output, and would continue to do so.

The Grateful Dead and Bruce Springsteen were the first artists to recognise the stupidity of attempting to bring legal sanctions to bear on such loyalty. “All you bootleggers out there in radioland – roll your tapes!” was Springsteen’s cry from the stage as he introduced an unrecorded tune during a concert at the Roxy theatre in Los Angeles in 1978. His gesture of generosity struck down the barrier between the artist and his audience, helping to make him an object of affection as well as admiration.

Dylan was never in the business of dismantling those barriers. Under siege from worshippers and sceptics alike, he held their curiosity at bay. Was it a game, that business of retaining his mystery? Probably not. It seems – and still seemed as he pulled up his hood to make the journey of a few yards from the door of his tour bus to the stage door of the Albert Hall last month – like the response of a man who long ago concluded he had no desire to place himself permanently at the world’s disposal.

His conception of being an artist involves an element of the mystery and magic he associated with his own early heroes. No one ever asked the blues singer and guitarist Robert Johnson for an explanation. Johnson was long dead, anyway, by the time anybody might have approached him with a notebook. Had he lived, even into middle age, and been required to explain himself, it would have done nothing for the sense of wonder experienced by a member of the 60s generation listening to Hellhound on My Trail. Dylan himself wasn’t going to die young, but he quickly became intent on doing everything he could to maintain a distance from the endless literal-minded interrogation that could only diminish the emotional complexity of songs such as She Belongs to Me and Tangled up in Blue.

Not that Dylan is incapable of explaining himself. His memoir,published in 2004, was full of insights. This year’s long interview with the magazine of the American Association of Retired Persons (the US equivalent of Saga), given to publicise Shadows in the Night, his album of songs associated with Frank Sinatra, contained a thorough description of his approach to the material, with particular regard to the style of instrumental accompaniment. And if we choose to view the Bootleg Series as another way of Dylan explaining himself, he grants us the freedom to do so.

Eliot and Kerouac were long dead when the facsimile manuscript of The Waste Land and the original version of On the Road were published, in 1971 and 2007 respectively. Whatever his motives, Dylan has chosen a better time to present us with his first drafts: during his own lifetime – and, more pertinently, ours.