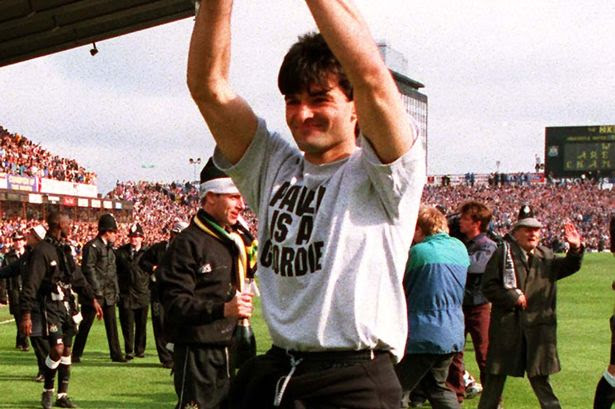 The former Newcastle United, Sheffield Wednesday and West Ham goalkeeper Pavel Srnicek has died at the age of 47 his agent has confirmed.

Srnicek suffered a cardiac arrest while out running in his native Czech Republic on 20 December and was left in a critical condition. He had been in an induced coma since then but a decision was taken to switch off his life support machine.

His agent, Steve Wraith, said in a statement: “It is with deep sadness that I have to announce the passing of former Newcastle United player Pavel Srnicek.”

Srnicek had been in the north-east this month to launch his autobiography before returning to his family home for Christmas. Newcastle supporters could be heard chanting his name during their Boxing Day match with Everton.

Signed by Jim Smith, Srnicek played for Newcastle between 1991 and 1998, helping them win promotion to the top flight during the 1992-93 season. He returned to the club on a season-long deal in September 2006 as cover for the injured Shay Given.

He also had a couple of seasons at Sheffield Wednesday, made a handful of appearances for Portsmouth and West Ham, along with spells in Italy and Portugal.

His release from Newcastle in 2007 brought an end to his playing career but he remained in the game and was working as goalkeeping coach at Sparta Prague when he collapsed.

The statement continued: “Pavel suffered a cardiac arrest before the Christmas period in his home country and had been in an induced coma in hospital with his close family around his bedside.

“Despite the best medical attention the final brain scans on Monday showed irreversible damage and the decision had to be taken to switch off the life support machine. Pav passed away on the afternoon of Tuesday, December 29 2015 with his family by his side.

“Pavel, the goalkeeping coach at Sparta Prague, had recently been on a whistle-stop tour of Tyneside to promote his autobiography, ‘Pavel Is A Geordie’, something that he was very proud of.

“My final conversation with him was about getting the entertainers team back together one more time for charity next year as it will be 20 years since that Newcastle team almost won the Premier League. We will make that happen and celebrate this great man’s life together.”

Srnicek played 49 times for the Czech Republic and was a member of the squad that lost to Germany in the 1996 European Championship final.

Peter Schmeichel
✔@Pschmeichel1
It is with incredible sadness that I've have learned that Pavel Srnicek has died. A gentleman and a great sportsman. RIP my friend

Labels: Fuck the fella in the brite nitegown...