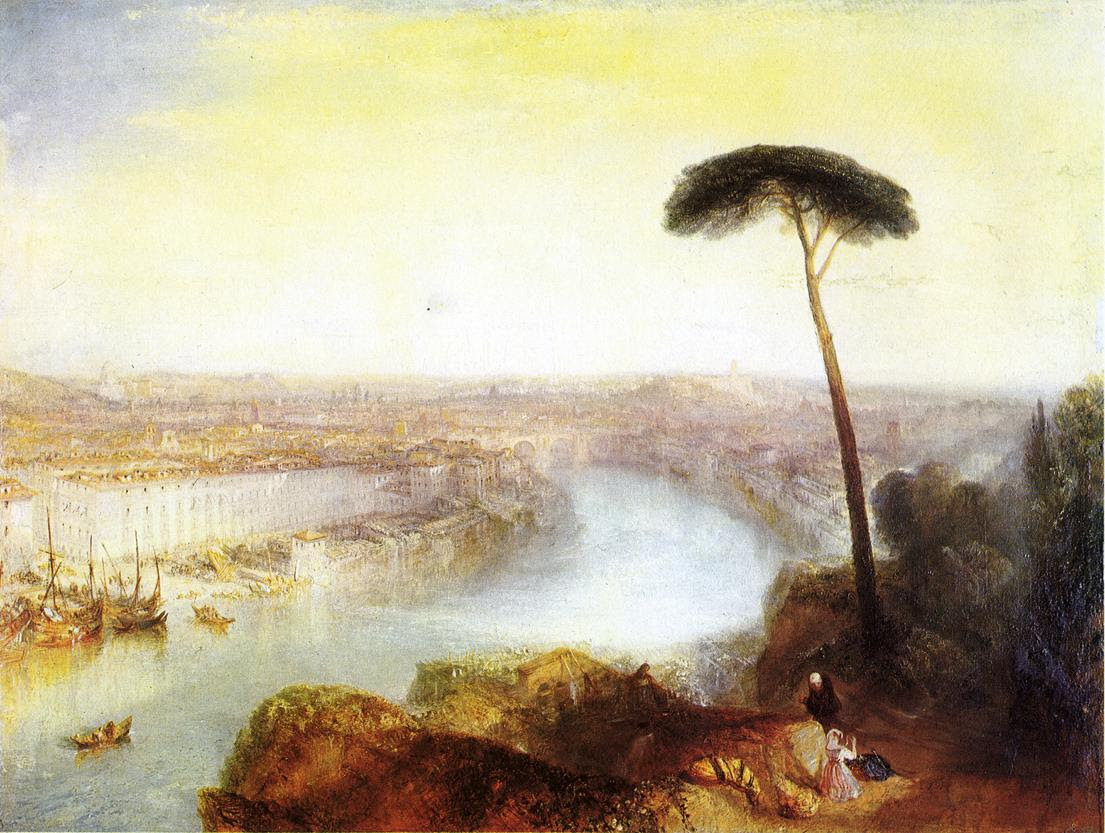 Turner masterpiece sells for £30.3m, setting world auction record for artist
Rome, From Mount Aventine was one of the last great works in private hands and remains in exceptional condition

One of the last great Turner masterpieces remaining in private hands set a world auction record for the artist tonight, Sotheby’s said.

Rome, From Mount Aventine, sold for £30.3m including buyer’s premium, easily beating its estimate of £15-20m.

The result also represents the highest price for any pre-20th century British artist ever sold at auction, a spokeswoman said.

Four buyers competed for the work, driving the price ever higher, before it was bought by one of them on the phone to the central London saleroom.

The auction coincided with a wider moment of interest in JMW Turner, with a groundbreaking exhibition at Tate Britain and Mike Leigh’s film Mr Turner starring Timothy Spall.

Painted in 1835 and exhibited at the Royal Academy the following year, when Turner was 61, the painting is seen as one of the artist’s supreme achievements and arguably the most important view of Rome ever painted.

The large-scale oil painting is further distinguished by its exceptional state of preservation, as well as a prestigious and unbroken provenance.

Until the sale, the work had changed hands only once, in 1878, when it was acquired by the fifth Earl of Rosebery, later Prime Minister. It has since remained undisturbed in the Rosebery collection.

In 1836, the Morning Post described the work as “one of those amazing pictures by which Mr Turner dazzles the imagination and confounds all criticism: it is beyond praise”.

Alex Bell, joint international head and co-chairman of Sotheby’s Old Master Paintings Department, said: “It is hard to overstate the importance of Rome, From Mount Aventine. There are no more than half a dozen major works by Turner left in private hands and this work must rank as one of the very finest.

“This painting, which is nearly 200 years old, looks today as if it has come straight from the easel of the artist; never relined and never subject to restoration, the picture retains the freshness of the moment it was painted: the hairs from Turner’s brush, his fingerprint, the drips of liquid paint which have run down the edge of the canvas, and every scrape of his palette knife have been preserved in incredible detail.

“The outstanding result achieved tonight is a further indication of the strength of the Old Master market. When there is quality, there are buyers.”

http://www.theguardian.com/artanddesign/2014/dec/03/jmw-turner-rome-from-mount-aventine-painting-record-30m-auction-sothebys
Posted by Frank Black at 07:26