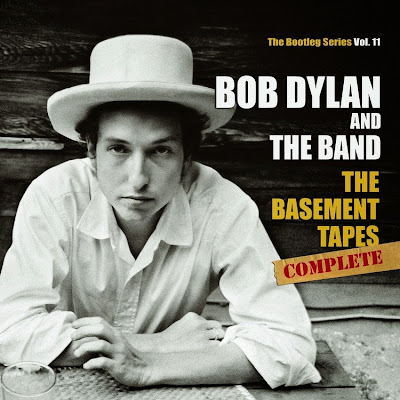 Not mentioned on his own site yet, however...

Compiled from meticulously restored original tapes many found only recently this historic six-disc set is the definitive chronicle of the artist's legendary 1967 recording sessions with members of his touring ensemble who would later achieve their own fame as The Band.

Among Bob Dylan's many cultural milestones, the legendary Basement Tapes have long fascinated and enticed successive generations of musicians, fans and cultural critics alike. Having transformed music and culture during the early 1960s, Dylan reached unparalleled heights across 1965 and 1966 through the release of three historic albums, the groundbreaking watershed single "Like A Rolling Stone," a controversial and legendary 'electric' performance at the 1965 Newport Folk Festival and wildly polarizing tours of the United States, Europe and the UK. Dylan's mercurial rise and prodigious outpouring of work during that decade came to an abrupt halt in July 1966 when he was reported to have been in a serious motorcycle accident.

Recovering from his injuries and away from the public eye for the first time in years, Dylan ensconced himself, along with Robbie Robertson, Rick Danko, Richard Manuel, Garth Hudson and, later, Levon Helm, in the basement of a small house, dubbed "Big Pink" by the group, in West Saugerties, New York. This collective recorded more than a hundred songs over the next several months including traditional covers, wry and humorous ditties, off-the cuff performances and, most important, dozens of newly-written Bob Dylan songs, including future classics "I Shall Be Released," "The Mighty Quinn," "This Wheel's On Fire" and "You Ain't Going Nowhere."

When rumors and rare acetates of some of these recordings began surfacing, it created a curiosity strong enough to fuel an entirely new segment of the music business: the bootleg record. In 1969, an album mysteriously titled Great White Wonder began showing up in record shops around the country, and Dylan's music from the summer of 1967 began seeping into the fabric of popular culture, penetrating the souls of music lovers everywhere. With each passing year, more and more fans sought out this rare contraband, desperate to hear this new music from the legendary Bob Dylan.

The actual recordings, however, remained commercially unavailable until 1975, when Columbia Records released a scant 16 of them on The Basement Tapes album (that album also included eight new songs by The Band, without Dylan).

A critical and popular success, The Basement Tapes went Top 10 in the US and UK.

Over the years, the songs on The Basement Tapes have haunted and perplexed fans, with the recordings themselves representing a Holy Grail for Dylanologists. What's on the rest of those reels?

The Basement Tapes Complete brings together, for the first time ever, every salvageable recording from the tapes including recently discovered early gems recorded in the "Red Room" of Dylan's home in upstate New York. Garth Hudson worked closely with Canadian music archivist and producer Jan Haust to restore the deteriorating tapes to pristine sound, with much of this music preserved digitally for the first time.

The decision was made to present The Basement Tapes Complete as intact as possible. Also, unlike the official 1975 release, these performances are presented as close as possible to the way they were originally recorded and sounded back in the summer of 1967. The tracks on The Basement Tapes Complete run in mostly chronological order based on Garth Hudson's numbering system.

Needless to say, it's being released in various formats for those who can't afford to shell out almost $150. 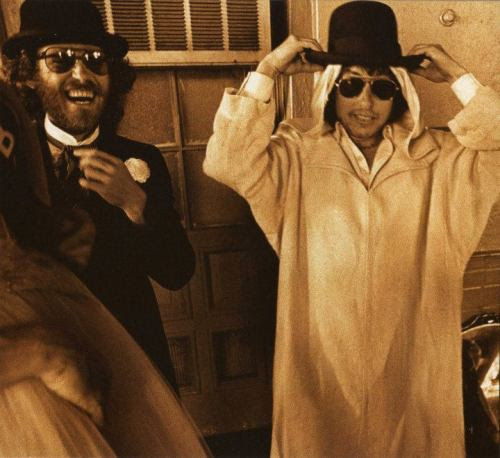 Bob Dylan to share full Basement Tapes
Dylan’s label agree to unveil the remaining 114 tracks from the legendary 1967 sessions, including covers of songs by Johnny Cash and Curtis Mayfield

Bob Dylan is sharing the rest of his Basement Tapes. Four decades after the singer released 24 songs under that title – cuts he recorded with the Band in upstate New York – his label have agreed to unveil 114 more tracks from the same 1967 sessions.

“Some of this stuff is mind-boggling,” Sid Griffin, author of the set’s liner notes, told Rolling Stone. Packaged under the title The Basement Tapes Complete: The Bootleg Series Vol. 11, the six-CD set incorporates alternate versions of Blowin’ In The Wind and It Ain’t Me Babe, covers of tunes by Johnny Cash and Curtis Mayfield, and at least 30 tracks that Rolling Stone claims “even fanatical Dylan fans never knew existed”. A shorter, two-disc compilation, The Basement Tapes Raw, will present 12 of the unreleased tracks alongside the original LP.

Almost all of this material was harvested from reel-to-reel tape: 20 tapes in all, which the Band’s Garth Hudson kept stored in his Woodstock home. Jan Haust, a Toronto-based collector, acquired the archive about 10 years ago; he worked with Dylan’s reps to find a way to put them out. Although a few tapes were allegedly missing, and a handful of recordings “just [sounded] like a distortion”, everything else is making its way to the public. “We usually curate these packages more, but we knew the fans would be disappointed if we didn’t put out absolutely everything,” an unnamed Dylan source told Rolling Stone.
/
Fans of The Basement Tapes have always known that there was unreleased material. There have been several expanded, bootleg editions over the years, and musicians have even turned their attention to Dylan’s unreleased Basement Tapes-era lyrics. Earlier this year, T Bone Burnett collaborated with Marcus Mumford, Elvis Costello and others to record their own versions of his incomplete songs. “The stuff that people haven’t heard justifies, in every way, shape and form, all the hype, hubris and myth that surrounds these tapes,” Griffin promised.

Moving forward, Dylan’s archivists are hoping to assemble unused material from 1975’s Blood on the Tracks sessions. “The unheard stuff from there is crazy,” said Rolling Stone’s source. “You can hear the first day of recordings before they put all that echo on.” According to a report in January, Dylan’s camp is also preparing a documentary about the Rolling Thunder Revue, a caravan concert tour from 1975, where Dylan played alongside Ramblin’ Jack Elliott, Joan Baez, Joni Mitchell, a 20-something T Bone Burnett, and guest stars like Allen Ginsberg and Harry Dean Stanton. Some of the audio recordings were previously released on Dylan’s Bootleg Series Vol 5, from 2002.

http://www.theguardian.com/music/2014/aug/27/bob-dylan-full-basement-tapes
Posted by Frank Black at 10:00