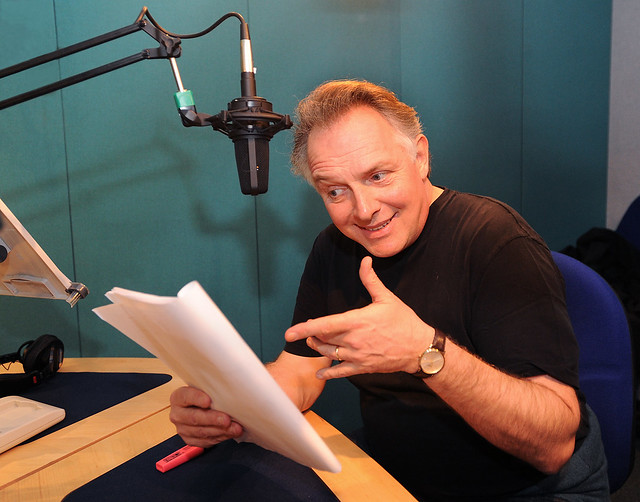 Rik Mayall obituary
Comedian and actor best known for The Young Ones, The New Statesman and Bottom

Rik Mayall, who has died suddenly aged 56, was a phenomenal and outrageous performer, a leading light of the "alternative" comedy circuit that emerged from the Comedy Store in the 1980s, and a not inconsiderable comic actor, playing in Beckett and Simon Gray on the West End stage and in Gogol at the National Theatre. Part of his success lay in the timing. His crude persona Rick in the breakthrough television series The Young Ones (1982-84), written with Ben Elton and Lise Mayer, was a gimlet-eyed, nose-picking lunatic who nonetheless carried a terrible plausibility as a prissy radical student of the day.

Long gone were the serious political protests and scabrous, intelligent revues of the 60s student generation; here, student life was parodied as grotty and anarchic, with Mayall surrounded by Ade Edmondson as Vyvyan, a crypto-Nazi, Nigel Planer as Neil, a cartoon, out-of-date hippie in a haze and Christopher Ryan as Mike, a miniature smoothie; a bunch of total prats, in fact. Mayall even lived this role off-stage, telling an interviewer (half-seriously, no doubt) that he threw his satchel in the Severn on the day he heard he had got a place at Manchester University and resolved never to read a book again.

Television, and its audiences, was just ready for this sort of onslaught and Mayall and Edmondson – the two met at Manchester and remained longterm writing and performing partners – scored a major popular success, too, with Filthy Rich and Catflap (1987), written by Elton, alongside Planer; and again in Bottom (1991-95), which ran for three series but also became a fixture of the touring circuit in the live show version.

Mayall had another television hit as the cheating, monstrous Tory MP Alan B'stard in The New Statesman (1987-92), written by Laurence Marks and Maurice Gran, an irresistibly grotesque performance (for which he won a Bafta award), later transforming B'Stard into a New Labour convert in another touring stage show, The Blair B'Stard Project.

After a brief appearance in the first series of Blackadder in 1983 as Mad Gerald, he returned as the boisterous adventurer Lord Flashheart, full of sexual innuendo and flirting with Queenie, in Blackadder II (1986); then, with the same name, as a first world war flying ace in Blackadder Goes Forth (1989).

In 1998, he sustained a fractured skull after crashing a quad bike into a concrete wall on his farm in East Allington, south Devon. He was "technically dead" for five days, but made a good recovery, allegedly saying to the first doctor he saw as he came round: "So, you're the bastard who keeps sticking needles into me."

Mayall, born in Harlow, Essex, was the second of four children of John and Gillian Mayall, both drama teachers, and grew up in Droitwich, Worcestershire. At the age of five, he played a peasant in Brecht's The Good Woman of Setzuan and pulled faces when told not to sing (because he couldn't) in the school choir, aged 10; he soon knew what he wanted to do when he didn't grow up.

He was educated at the King's school, Worcester, and took a degree in drama at Manchester, where he formed a comedy partnership with Edmondson that became known on the circuit as the Dangerous Brothers, then Twentieth Century Coyote. A lot of their comedy was in reaction to Margaret Thatcher, or "Thatch" as Elton, their fellow Manchester student, dubbed her, but a lot of it was sheer high-energy nonsense and gooning about. Mayall and Edmondson wrote a very short play, The Wart (1979), in response to Ken Campbell's 24-hour epic, The Warp, which prompted the critic James Fenton to hail Mayall as "a talented maniac".

After the madness of his TV success, he joined the National Theatre in 1989 to play the deluded lead character in Gogol's The Government Inspector, duping a small town and its mayor, played by Jim Broadbent. This performance, wildly energetic though it was, I found distinctly unfunny; he was much better, two years later, in the West End, as Vladimir in Beckett's Waiting for Godot, with Edmondson as Estragon, in a surprisingly tender and melancholic revival directed by Les Blair and designed by Derek Jarman.

He had established a rapport with the playwright Gray in a revival of The Common Pursuit (he played a would-be theatre critic lapsing into glossy high-end journalism and lung cancer) and followed through in Gray's Cell Mates (1991) at the Albery (now the Noël Coward) as the Irish petty criminal, Sean Bourke, who befriends the spy George Blake in prison; Blake was played by Stephen Fry, who defected when the reviews came out.

Mayall received far worse notices for several films: Edmondson's Guest House Paradiso (1999), in which the pair of them played sociopaths running a horrid hotel near a nuclear power plant; John Henderson's Bring Me the Head of Mavis Davis (1997), in which Mayall played a vile record producer realising that his protege, sung by Jane Horrocks, would be more valuable to him dead; and his turn as Peeves the Poltergeist in Harry Potter and the Sorcerer's Stone (2001), which hit the deck in the editing suite.

And there was one disastrous excursion to Hollywood in Ate de Jong's Drop Dead Fred (1991), a high-energy low comedy about a grown woman (Phoebe Cates) revisited by the imaginary friend of her childhood (Mayall) on a mission to cheer her up. He only made things worse.

But Mayall bounced back from this into Bottom and, in 2005, published a spoof, Alan Partridge-style autobiography, Bigger than Hitler, Better than Christ, and also made a surprisingly "soft" TV series, All About George, written by Cold Feet author Mike Bullen, charting his struggle to keep up with the rigours of family life; being nice in this show was a professional first.

Mayall married the make-up artist Barbara Robbin in 1985, and is survived by her and their three children, Rosie, Sidney and Bonnie.