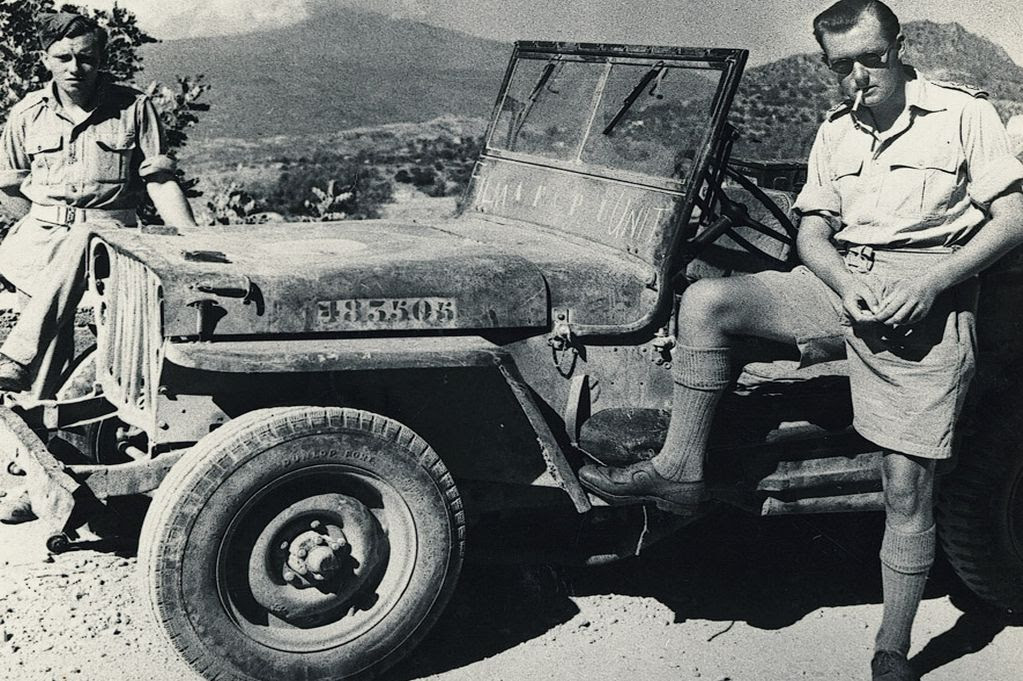 In a 1969 television documentary about Haiti, Alan Whicker, who has died aged 87, asked the notorious dictator "Papa Doc" Duvalier, in kindly, innocently interested and rather baffled tones: "But Papa Doc, they say you torture people?" It was a succinct example of the former Fleet Street journalist's ability to ask the most piercing questions while giving those being questioned no personal provocation or excuse to break off the interview – an ability that, if not unique, was certainly less common among other interviewers in a world often dominated by inflated egos.

As long ago as the early 1970s, some of the young turks of TV were writing Whicker off as out of date. Instead, the thick spectacles, immaculate blue blazer, neat military moustache, and persistently unjudgmental and blandly phrased questions, plus a commentary in alliterative tabloidese, gave him a career that outlasted those of many of his rivals. He kept travelling the world for 60 years in search of exotic and humanly interesting material, often about the rich.

He flew 100,000 miles a year for British audiences of up to 15 million and his programmes also sold well abroad. In 1978, he flew the 7,000 miles back to London from Singapore to receive a Bafta Richard Dimbleby award – and immediately flew back again. He won many other awards, including the Screenwriters' Guild best documentary script in 1963.The secret of Whicker's ability to appear unthreatening in the most fraught and unpromising interviews was long debated in media watering holes. Was it his short stature and modest looks, at a time when the age of appearances usually dictated great height and good looks as a necessity for interviewers and presenters? Did he truly have the mind of the average viewer? Did one or all of these aspects of Whicker explain why, when he interviewed the American oil billionaire J Paul Getty in 1963, he was able to suggest that Getty's success in business was matched by his failure as a human being – without being thrown out?

Whicker was usually civil about the younger hands who tried his sort of game, but could be catty when attacked or compared unfavourably with younger professionals. He declined to make Around the World in 80 Days, the series that brought the actor Michael Palin a new career as a TV traveller. Afterwards, Palin asked him on camera why he had turned it down. Whicker replied that he wanted to see who the makers would go to when they were scraping the bottom of the barrel. "That will hit the cutting-room floor," laughed Whicker. He stated that Clive James "can't interview to save his life".

Whicker always maintained that the best view the cameras had of him was the back of his neck. He created the series Whicker's World in 1959; and its title was a good definition of what all his programmes were about. There were many variations of the essential Whicker trademark – Whicker's South Seas, Whicker Way Out West, Whicker Down Mexico Way, Whicker's Orient, Whicker's Miss World and so on – but he made sure that he did not appear too much in them, letting the interviewees be the stars.

Californian recipients of multiple breast implants or owners of pink-dyed poodles were treated with the same merciless deference as pot-bellied and cigar-smoking billionaires on world cruises. It worked better than hectoring would have done. Whicker regarded himself as a professional's professional, one who continued to look for "human interest" stories while the attention span of many around him in his later years narrowed more to sleaze.

Whicker's background had certainly not made it easy for him to be warmly human. His father, Charles, a captain in the Hussars, was serving in Cairo at the time of Alan's birth, and died three years later. Alan returned to Britain with his mother, Anne, and sister, and they settled in London, where Alan attended Haberdashers' Aske's school. His sister died shortly afterwards.

He became, in effect, an only child who found himself at ease nowhere – or equally at ease everywhere. His relationship with his mother grew more intense. "We adored one another," he would claim, explaining that this was what made him appreciate women, one of the "great pleasures" of his life. During the blitz, the only things his mother took down to the air-raid shelter were Alan's letters home. He was devastated by her death.

One of his satisfactions as a schoolboy had been going on a school camp at Teignmouth, Devon. While there, he would set off on a bus along the coast road to see how far he could get to that mecca, Torquay. It was the beginning of his love of travel. As a captain in the Devonshire Regiment during the second world war, he was seconded to the Army Film and Photographic Unit, then became a war correspondent in Korea.

After the war, he worked as a reporter for the Exchange Telegraph news agency – but never (although he was often described as such) as a reporter for the cult magazine Picture Post. This often repeated mistake was an irritation both to him and to old Picture Post hands who thought he was trespassing. He was doing odd jobs for BBC radio when Alasdair Milne, then working for its flagship current affairs programme Tonight, spotted his ability to ask "impertinent" questions without giving offence.

Whicker had found his metier. In 1957 he joined Tonight and from then on insisted on seeing the footage first, then writing his own commentary. The technique served him well as he looked all over the world for kinks in human character and behaviour for Whicker's World.

One of his younger colleagues, Peter Salmon, commissioned Whicker's World programmes on Hong Kong and Spain for the BBC in the 1990s, despite feeling that Whicker's manner and interests were not those of a new generation: he simply felt that, as an interviewer, Whicker was without peer, able to get more than anyone else out of a one-to-one interview.

In 1993 Whicker was the first to be named in the Royal Television Society's Hall of Fame for an outstanding creative contribution to British TV. A fanclub was formed, consisting of members who dressed up as Whicker and discussed their hero once a month. His singular style also gave rise in 1972 to Monty Python's celebrated Whicker Island sketch, with all of the team doing impressions.

Whicker remained active into old age, continuing to make TV and radio series until recently, and publishing volumes of memoirs. He had become wealthy, with a Nash flat in Regent's Park and a handsome home in Jersey. In 2005 he was appointed CBE.

After ending a four-year engagement to the heiress Olga Deterding, in 1969 he began a lasting relationship with Valerie Kleeman, a neighbour in Regent's Park. They travelled the world together, she as his research assistant offering her observations and advice, which he usually took.

If you can get hold of it, watch the excellent Whicker's War, made in 2004,  about his experiences in Italy during World War II.