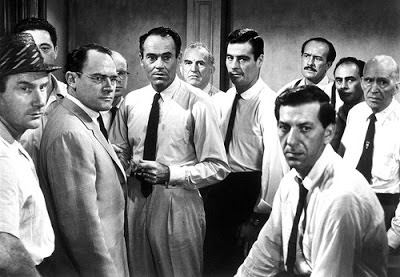 Rereading the best courtroom dramas
Danger, opposition and reversals of fortune – courtroom dramas have all the elements of a perfect narrative. No wonder they have such enduring appeal

In the summer of 2011, I sat through every day of a murder trial at the Central Criminal Court, at London's Old Bailey, as research for my new novel. Two women were on trial for the murder of a man. All three were alcoholics who, after a day of drinking, had ended up in the flat of one of the women where, in the small hours of the morning, the women had turned on the man and beaten, stamped and stabbed him to death.

In court, the facts as they were presented left little doubt as to what had actually happened; forensic science has advanced to the stage where a blood-splatter expert can tell a jury what position a victim was lying in according to how far their blood flew up a wall. The issue was whether both women were equally guilty of murder. The jury was obliged to decide this on the basis of law; which act, during the attack, had led to the victim's death, who had undertaken it and were the women jointly responsible? But there is another question that may or may not have the same answer: whose fault was it really? The law is one thing, but where does moral responsibility lie?

Through the ages, novelists, dramatists and screenwriters have had the freedom to explore these moral questions, and to show how the law and human morality are sometimes aligned and sometimes in direct conflict.Aristotle's Poetics emphasised the importance of physical suffering and peril in plot. Courtroom dramas have that aplenty in the fate of the victim and the danger – imprisonment, or the death penalty in some countries – in which the defendants find themselves. He also talked about the importance of logical progression, of an action being a direct consequence of the preceding one. But the most crucial element of tragedy as he saw it was peripeteia: reversals of fortune.

Peripeteia summarises the progression of a murder trial, like the one I witnessed, perhaps better than any other single word. At the end of any prosecution counsel's opening summary many observers assume it's an open and shut case. The defence's job is to overturn that presumption; and so, with the summoning of each witness to the stand, in the presentation of each piece of evidence, the opposing counsel has the right to challenge our views. A courtroom drama is not just the reversal of fortune of one character according the verdict, an individual's downfall in the Aristotelian sense: it's a hundred smaller reversals strung out along the line of the narrative like pegs on a washing line.

In describing his idea of a perfect narrative form, Aristotle would have loved to have had examples of modern courtroom dramas at his disposal. The beauty of such dramas, and what makes them so compulsive to read or watch, is that the two theories of what has happened are in direct opposition: there is a thesis followed by antithesis but there can be no synthesis. It's guilty or not guilty. 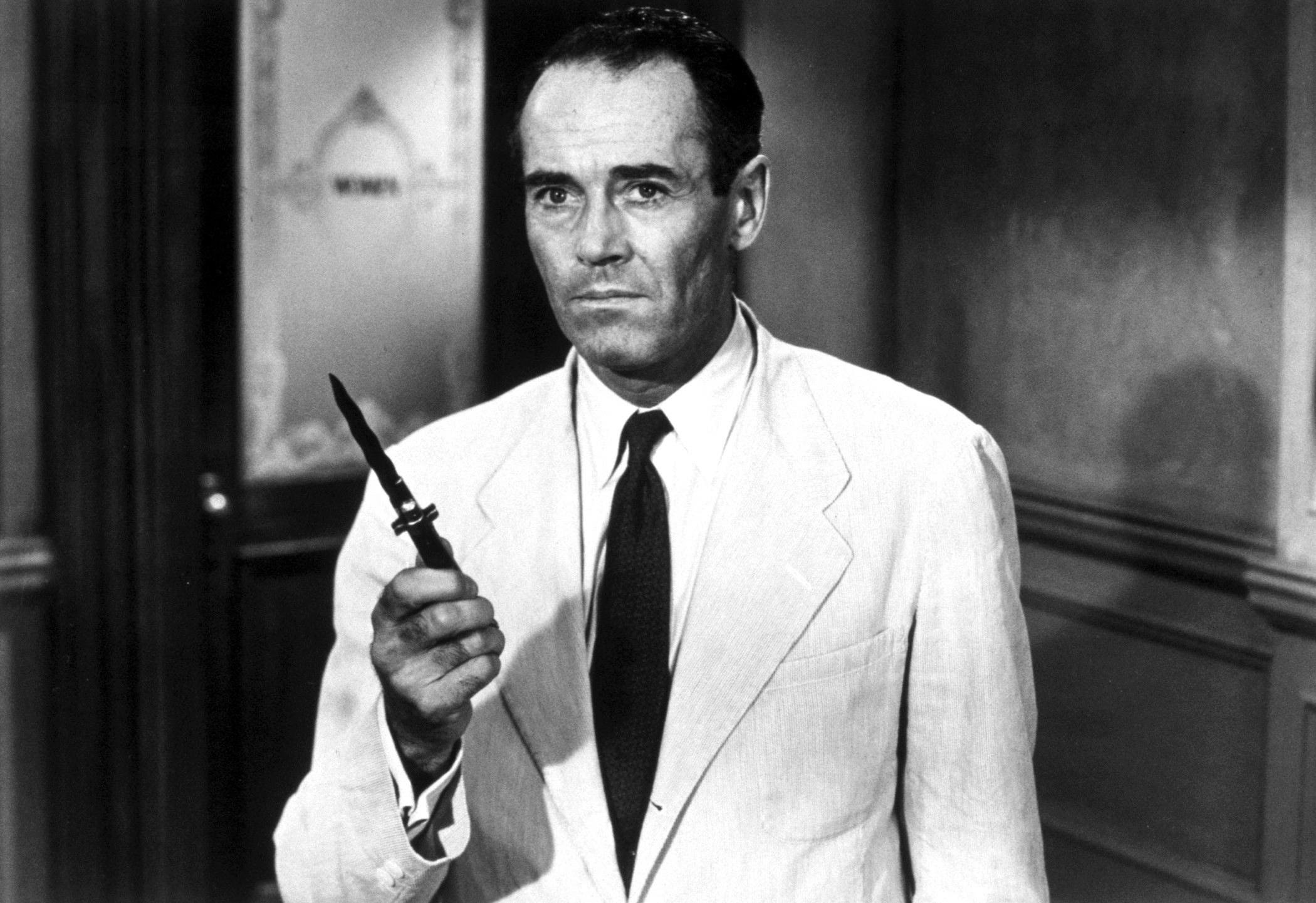 Twelve Angry Men is the most obvious example of the tension between those opposing forces. Reginald Rose's drama was first broadcast as a television play in 1954, then became a stage play, and in 1957, the classic film directed by Sidney Lumet and starring Henry Fonda as the juror faced with a group of his peers keen to find the defendant – a young man who has allegedly killed his father in a fit of rage – guilty … in about two minutes flat. During the course of the next hour and a half, Fonda's character throws reasonable doubt over one piece of evidence after another, reversing each of the men's assumptions, until they reach the opposite verdict.

Twelve Angry Men is an unusual courtroom drama in that it takes place almost entirely in the jurors' debating chamber – we learn little about the background of the jurors and never discover whether the persuasive skills of the main character have saved an innocent youth from the electric chair or released a vicious killer. Most examples give us more background: To Kill a Mockingbird is often referred to as a courtroom drama, but in the novel the trial of Tom Robinson does not begin until more than halfway in and takes only a few pages. What comes before, and follows, is Harper Lee's portrayal of a small town in the south beset by the endemic racism of 1930s America. In the courtroom itself, as Atticus Finch struggles to free the wrongly accused man, it is clear that what is at stake for Robinson and his attorney is emblematic of what is at stake for the wider community. Prejudice itself is on trial, the unfortunate Tom its innocent victim. 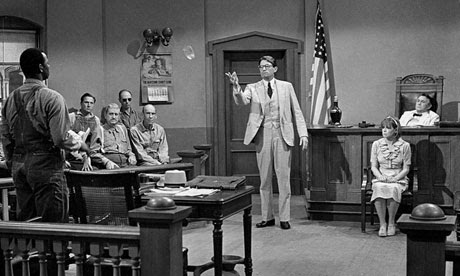 For any contemporary novelist or dramatist constructing a courtroom drama, this is the first problem: backstory. Restrict your setting to the courtroom and your audience's knowledge of what happened is, like the jury's, confined to the evidence they hear. Modern audiences want more. They want to know where their sympathies should lie, and they want the truth, despite Jack Nicholson's famous snarl at Tom Cruise in A Few Good Men (1992), "You can't handle the truth!" The writer has a choice. He or she can either have a long lead-up to the trial, as Lee did, or begin the work in the courtroom, with flashbacks to what "really" happened.

The potential for peripeteia – not to mention dramatic irony – is obvious, but it gives your flashbacks a weighty responsibility if they have to provide backstory at the same time as the kind of revelation that normally comes within the present action of a drama. The BBC series Accused takes this approach, with each episode a self-contained story centring on one character in the dock – the flashbacks telling us what led him or her to be there. By the time the verdict comes in, the viewer is well on their way to making up their own mind about what the verdict should be.

This technical problem can be overcome, but there is a more pressing one that taxes writers to their limits: the denouement. Here is where it becomes apparent that the use of peripeteia comes at a price: if your drama has been a series of reversals – or revelations of any sort – you have to decide at which point they will stop.

All narrative forms have their own question mark hanging over them. In a romance, the question is, will the lovers get together at the end or not? Leave that hanging and your reader will not be happy. In a courtroom drama, there can only be one of two verdicts: guilty or not guilty. Woe betide the author who tries to cop out by ending their book as the foreman of the jury rises.

Classical ideals require a beginning, middle and end – that justice be done and the gods punish the guilty appropriately: Oedipus must be blinded, and by his own hand. Modern audiences like a twist in the tale and a guilty or not guilty verdict doesn't quite do it without one final reversal. In Jagged Edge (1985), the viewer, like the defence attorney played by Glenn Close, is pulled this way and that over the question of Jeff Bridges' guilt: did he kill his wife in a vicious ritual killing? Once he is found not guilty we have been given too many hints about his inner darkness to feel that all is resolved. Screenwriter Joe Eszterhas was experienced enough to give us a twist.

In his 1963 cold war classic, The Spy Who Came in from the Cold, John le Carré stages his dramatic denouement in an East German courtroom where the disillusioned spy Alec Leamas learns the true nature of his mission behind the Berlin Wall. "And suddenly, with the terrible clarity of a man too long deceived, Leamas understood the whole ghastly trick." That moment is intensely pleasurable because it is not only the moment that Leamas realises he has been used by the British Secret Service to save his arch-enemy Mundt, not destroy him – it is the moment the reader also realises this.

To allow oneself to be twisted this way and that by peripeteia is one of the great pleasures of courtroom dramas. But there is another, darker pleasure. In Barry Collins's play Judgment (1974), a Soviet army survivor of the second world war stands alone on the stage, telling the story, based on a true one, of how he and his comrades were imprisoned in the basement of a remote monastery by German soldiers and left to starve to death. In real life, the soldiers were discovered, but only after they had survived several weeks of incarceration in the dark by drawing lots as to who among them should be killed and eaten by the others.

The survivors were shot dead by their own side, lest their tale demoralise the troops, but in Collins's compulsive monologue, he has one survivor tell the story of what happened in that basement at the trial. As his horrific tale exerts its grip, the audience realise they are judge and jury, and the soldier says to them at the end: "Comrades, I await your judgment." Collins's drama makes apparent the real and arguably reprehensible pleasure of a courtroom drama for the audience: the indulgence of the human need to be judgmental. Our enjoyment of the perfect story form obscures our darker pleasure: that of being the bystander outside the police tape, the tut-tutting newspaper reader, able to walk away from a real tragedy shaking our heads, both safe and smug.

http://www.guardian.co.uk/books/2013/jun/21/rereading-louise-doughty-courtroom-dramas?INTCMP=SRCH
Posted by Frank Black at 10:49