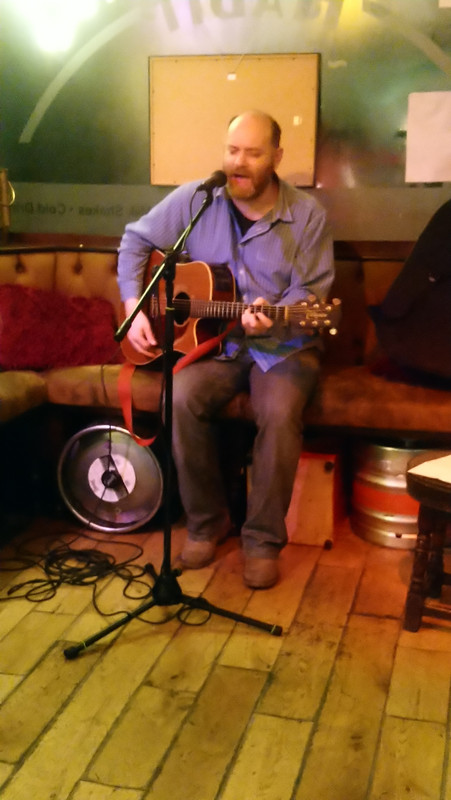 The Elderly Brothers (1): -
He'll Have To Go
All I Have To Do Is Dream
Walk Right Back
I Saw Her Standing There

Da Elderly: -
Ain't She Sweet
You're Sixty
I Don't Want To Talk About It

The Elderly Brothers (2): -
Hello Mary Lou
Crying In The Rain
Let It Be Me
Bye Bye Love

The start of proceedings was delayed due to a PA malfunction requiring host Simon (pictured later in the evening) to ring around for help and then go and fetch a replacement. In the meantime The Elderly Brothers performed an impromptu unplugged set and were just completing I Saw Her Standing There when Simon returned. There was a decent crowd of punters in the bar, but not many players; a visiting party from Ireland persuaded one of their number to do a couple of numbers - she sang a beautiful version of Dougie MacLean's Caledonia. A local lad got folks singing with some very catchy tunes of his own. There were a couple of novelties too, a comedian and two poem readings. After a 3 week lay-off, The Elderlys closed the show with a run through some songs which we don't play all that often.