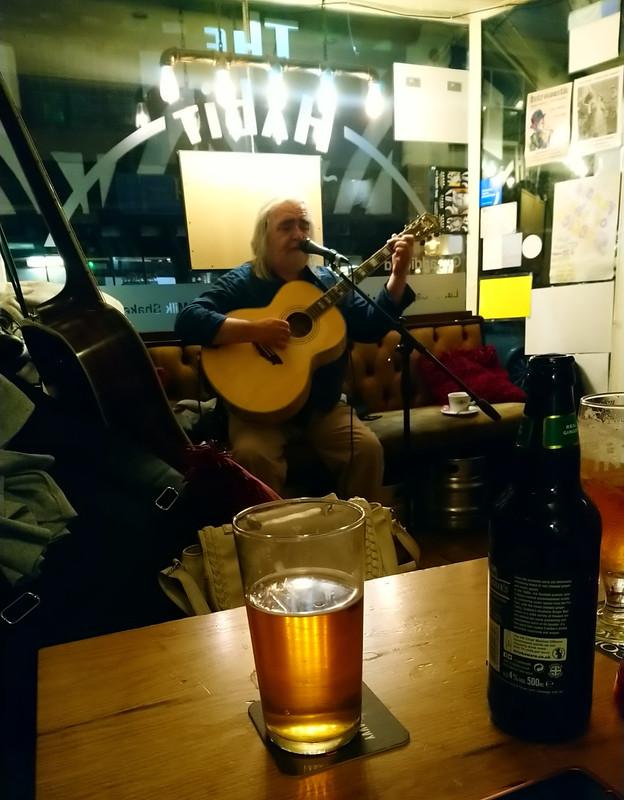 Da Elderly: -
Too Far Gone
Human Highway
I Don't Want To Talk About It

The Elderly Brothers: -
The Price Of Love
All I Have To Do Is Dream
Walk Right Back
I Saw Her Standing There

While waiting for the 09:30 train from the Toon, I had a feeling that it might be a busy night in The Habit; the platform was packed with ladies in their glad rags and punters clutching copies of The Racing Post.....it being the Ebor Meeting on the Knavesmire. It was the same at Durham and Darlington. Low and behold, The Habit was rammed for most of the night. Our usual host Simon is on holiday, so it was deja vu as previous host Dave (pictured) took over. We had enough players to keep going all night and despite the copious amounts of drink being consumed, the audience were supportive and attentive. The Elderlys closed the show without recourse to the songbook for once, equivalent to performing without a net for us! The after-show jam was great fun with requests coming thick and fast and several punters joining in.