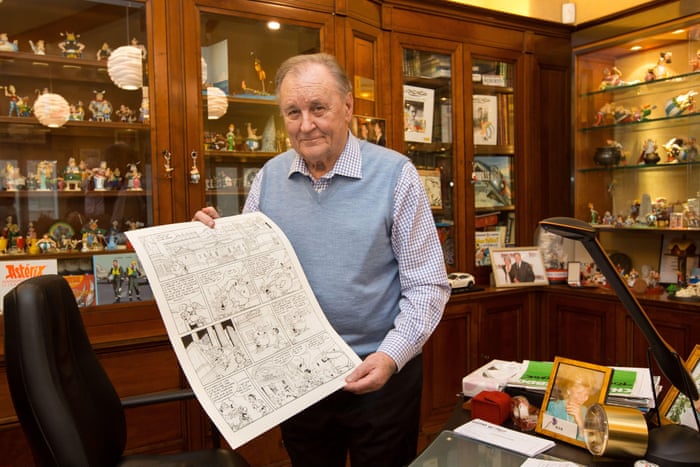 Asterix creator Albert Uderzo dies at 92
French comic-book artist, who created Asterix with the writer René Goscinny, dies at home ‘from a heart attack unrelated to the coronavirus’

Asterix illustrator Albert Uderzo has died at the age of 92, his family has announced.

The French comic book artist, who created the beloved Asterix comics in 1959 with the writer René Goscinny, died on Tuesday. He “died in his sleep at his home in Neuilly from a heart attack unrelated to the coronavirus. He had been very tired for several weeks,” his son-in-law Bernard de Choisy told AFP. 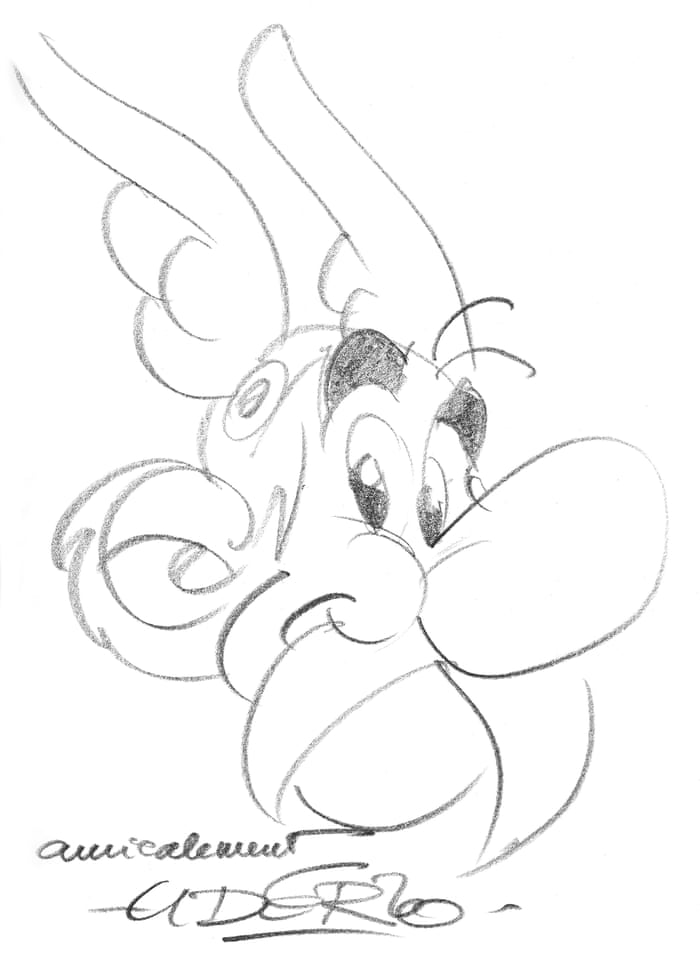 One of the best-loved characters in French popular culture, with more than 370m albums sold worldwide, 11 films and an Asterix theme park, the small-statured Asterix is a warrior from Roman-occupied ancient Gaul, who together with his best friend Obelix and dog Dogmatix – Idéfix in the French original – takes pleasure in outwitting Roman legionnaires. Fortunately for Asterix, Obelix fell into a cauldron of magic potion as a child, making him invincibly strong. 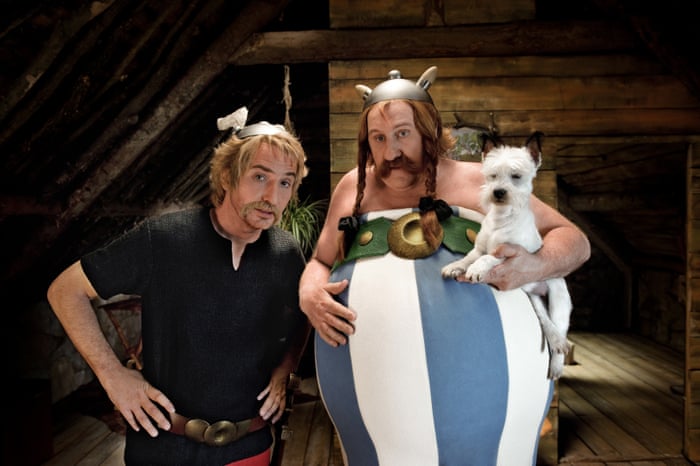 Each comic starts in the same way, before Asterix and his friends go on increasingly farflung adventures – in Asterix in Britain, he introduces tea to the ancient Britons; in Asterix and Cleopatra, Obelix knocks off the Sphinx’s nose. “The year is 50BC. Gaul is entirely occupied by the Romans. Well, not entirely … One small village of indomitable Gauls still holds out against the invaders. And life is not easy for the Roman legionaries who garrison the fortified camps of Totorum, Aquarium, Laudanum and Compendium.” 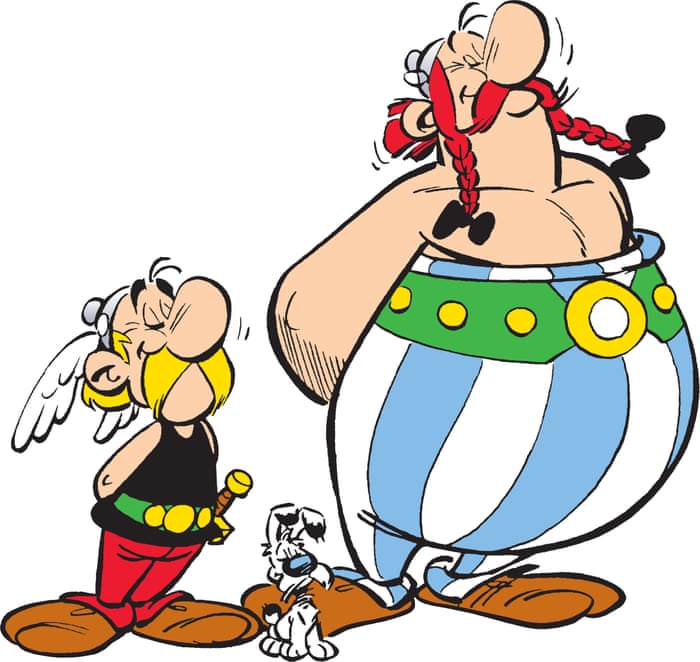 Waterstones children’s laureate Cressida Cowell, author and illustrator of the How to Train Your Dragon books, said: “I loved Asterix as a child, and his style was absolutely iconic. Creating a huge cast of individually recognisable characters, and the minute detail of all those group battles and the action scenes is an achievement in itself, but his real skill was combining fast-paced adventure with such humour and warmth. Children come to reading in a lot of different ways, with comics and graphic novels being hugely important for a lot of kids. Asterix has taught generations of children around the world to love reading.” 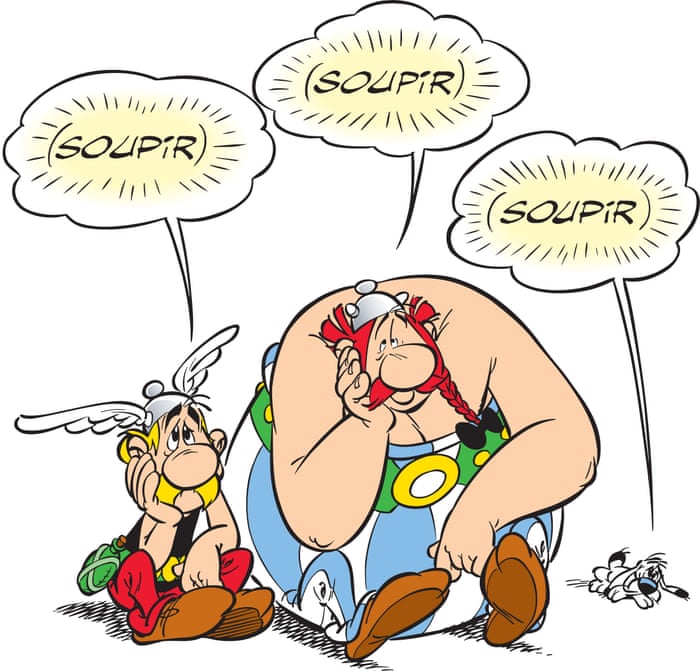 Comedian Chris Addison was one of many fans to mourn Uderzo’s passing online. “Very few people’s work will ever give me the amount of pleasure his has ever since I was very young. One of my greatest culinary regrets is that I’ll never get to eat wild boar the way he drew them for Asterix. Chapeau, monsieur,” he said on Twitter. 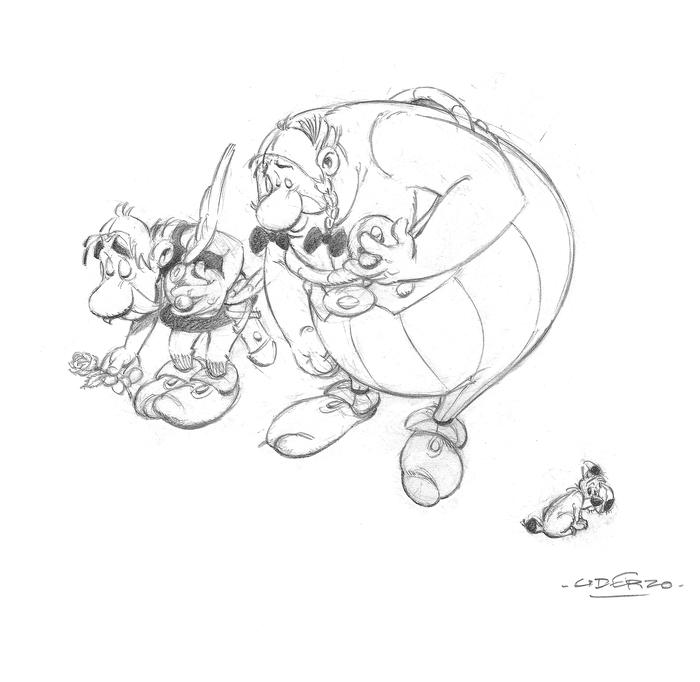 Mark Millar, the creator of comics including Kingsman and Kick-Ass, called Uderzo “the Master” and “my gateway drug to beautiful European comics”, while Rafael Albuquerque, illustrator and co-creator of American Vampire, said Uderzo was “one of my biggest influences in comics”. “Asterix was the first comic I read, from my aunt’s bookshelf. With him I learnt about expression more than anyone. Merci maître!” he wrote on Twitter. 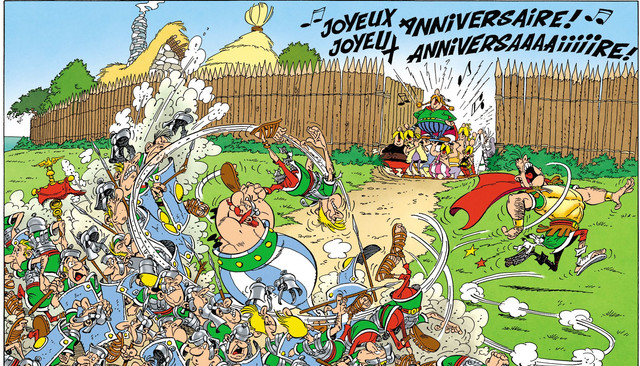 Writer Oliver Kamm, whose mother, Anthea Bell, translated the Asterix books into English, said Uderzo was “a cartoonist of genius, whose skills perfectly combined with those of the brilliant René Goscinny”. Kamm said he was deeply sad and added: “Though not an English speaker like Goscinny (a keen anglophile), Uderzo had gracious appreciation of the Asterix translations of my mother.” 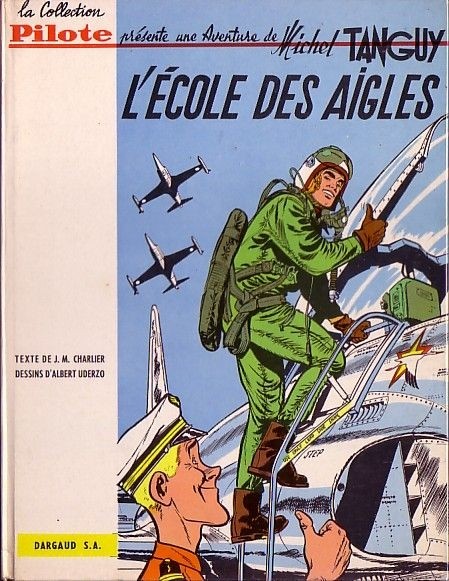 Uderzo met Goscinny in 1951, and the pair began creating characters together, including Oumpah-Pah, seen as a precursor to Asterix. In 1959, they were asked to create a magazine called Pilote, which would feature a “typically French hero”. They agreed to set their story in ancient Gaul, with the first issue published in October featuring The Adventures of Asterix the Gaul. More than 300,000 copies were sold. 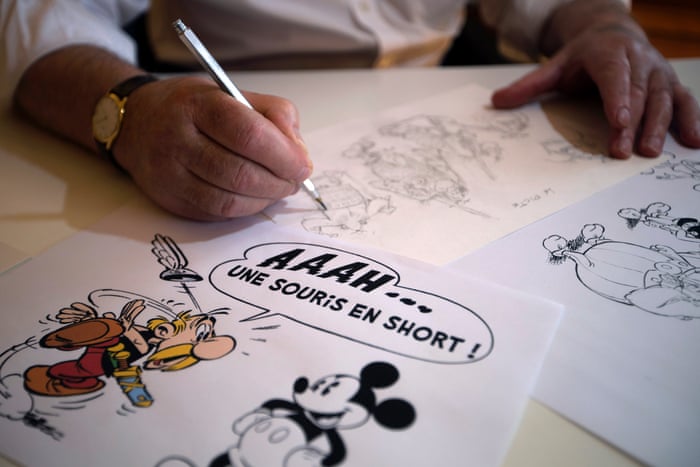 Goscinny died in 1977, during an exercise stress test for a medical checkup. Uderzo continued the adventures of Asterix alone. The Great Divide, the 25th Asterix album, was published in 1980 and was the first to be written and drawn by Uderzo alone. In 2009, Uderzo retired, selling the rights to the character to Hachette.

https://www.theguardian.com/books/2020/mar/24/asterix-creator-albert-uderzo-dies-at-92
Posted by Frank Black at 09:16