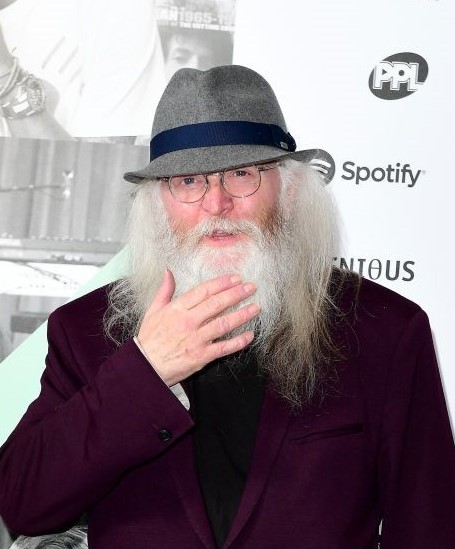 From the gawkily posed photographs that have survived the decades, its clear they stood steadfastly out of step with their peers and, you’d think, knew that much best themselves. But although Prefab Sprout’s shape and style has evolved out of all recognition in the years since 1977, it’s that same sense of mis-match – the uneasy young buck in an out-sized dinner jacket and cheap shades – which has consistently defined them through the many moons and their many moods since.

Beyond the obvious, much of the band’s story is still soaked in loose talk and urban myth. Music’s mainstream, with which they flirted briefly, gave up on them twenty odd years ago and, ever since, the gaps in Prefab Sprout’s narrative have been filled by obsessive, fan-fuelled levels of hearsay, suggestion and general tattle. But nothing really changes there, either :- the band’s frontman and writer, Paddy McAloon – the eldest son of an Irish Catholic immigrant family – was initially presented as a former seminarian.

What we do know for certain is that McAloon’s band first took root in the small village of Witton Gilbert in the North East of England, seventeen miles from Newcastle, during a peculiar period in British music history. The Clash had released their first album, The Sex Pistols had hi-jacked the Queen’s silver jubilee year – 1977 – and unofficially sound-tracked it while disco was approaching it’s commercial and creative pomp, flirting increasingly in the margins with electronica as it went. By the end of the following year, The Bee Gees were out-selling the field and Sid Vicious was arrested in New York for the murder of his girlfriend, Nancy Spungen.

Worlds away in every respect, Paddy McAloon was twenty years old and lugging Prefab Sprout’s improbably ambitious songs – and the group’s cheap equipment – out into a variety of pub venues around County Durham for the first time. The band had been in gestation for years – in theory, in dreams – and although Paddy’s earliest hand-drawn outlines were far removed from the gormless aspects of punk rock or the sleazy veneer of cheap disco, he was certainly propelled forward by the more irresistible forces of both codes...

...Knowing little else, I thought that all of my formative pet sounds were peerless which, I suppose, is exactly as it should be during those first unsuspecting meets with the heady power of song. But while I know now that Teenage Fanclub borrowed influences freely – from Big Star, most obviously – and that Into Paradise magpied likewise from The Sound, its just impossible for me to clearly trace Paddy McAloon’s form lines. Prefab Sprout’s first single, ‘Lions In My Own Garden [Exit Someone]’ and debut album, ‘Swoon’, sound like what and sound like whom ? Aztec Camera ? Steely Dan ? XTC ? Mike Oldfield ? All of the above and nothing on earth ?

Which is all the more baffling given that no modern songwriter – to my mind, at least – has dropped so many references to music, writers and musicians so deeply inside his or her own material. Is there another contemporary writer for whom songs and the transcendence of sound have been celebrated so explicitly across such a vast body of work ? A career that now spans thirty-six years and nine studio albums.

From the very earliest Prefab Sprout songs – ‘Faron Young’ and ‘Radio Love’ were staples in their first live sets – to ‘Mysterious’ and ‘The Songs Of Danny Galway’ on 2013’s ‘Crimson Red’ album, McAloon has consistently used the pull of the of song and the craft of the writer as one of his primary lyrical motifs. ‘Hallelujah’, ‘The Devil Has All The Best Tunes’, ‘Donna Summer’, ‘I Love Music’, ‘The Wedding March’, ‘Nero The Zero’, ‘Electric Guitars’, ‘Nightingales’ and the imperious ‘Doo Wop In Harlem’ ;- the references are as manifold as they are varied and widely spread...

...Forty years after the band committed it’s first original songs to tape in the cramped confines of a custom-designed studio attached to the music department at a local college, Prefab Sprout remain very much an acquired taste, although no less intriguing or enigmatic for that. Indeed the most recent McAloon composition to see the light of day is an evocative protest ballad called ‘America’, possibly recorded on a smart phone or a small camcorder, and posted up onto YouTube ten months ago by Prefab Sprout’s long-time manager, Keith Armstrong.

Performed by Paddy on acoustic guitar in what, for the last decade, have been his trademark duds – trilby hat and shades, off-set with long grey hair and a full beard – ‘America’ is absolutely bulls-eye Prefab Sprout. Over a series of gentle progressions, McAloon works his fingers into almost impossible positions along the fret-board, effortlessly filling the spaces with unlikely moves, his voice as familiar as ever as he begs of America ;– ‘don’t reject the stranger knocking at your door’. To long-time band watchers, the song’s unheralded appearance on-line was a tender reassurance that yes, work was still ongoing at Andromeda Heights, McAloon’s home studio where, legend has it, decades of unreleased songs and albums remain under lock and key...

...Paddy and myself : our destinies had been inter-twined for fifteen years. As with most of the best and most important things in life, I’d first come across Prefab Sprout during the early 1980s on both Dave Fanning’s ‘Rock Show’ on RTÉ radio and on David Heffernan’s Saturday lunchtime music slot on the RTÉ One youth television strand, ‘Anything Goes’. [As an aside for anoraks, its worth noting that it was also on this slot that I was first introduced to Thomas Dolby’s magnificent ‘Airwaves’].

My love for Prefab Sprout was instant and unquestioning :- windswept, lispy and smart, they stood tall on Marsden Rock, a National Trust-owned coastal site on South Shields, where they performed ‘Don’t Sing’, miles removed from the sounds du jour.*

And although the band’s earliest shows in Ireland – their 1983 stop-off at The Buttery in Trinity College and a support to Paul Brady in Belfast the following year – were out of bounds to me on the grounds of age and distance, I was there, in thrall, when they played The Point Theatre in Dublin on the ‘Jordan : The Comeback’ tour in December, 1990. Supported on the night by one of my favourite local bands, Hinterland, Prefab Sprout were bulked up for the duration of that tour and, playing as a seven piece and with McAloon leading the line in a white suit, covered a huge amount of ground over the course of a mammoth set...

...To this end, the liner notes Paddy penned for ‘Let’s Change The World With Music’, are especially significant, I think. The songs that comprise this record were originally written and recorded as an intended follow-up to 1990’s vast double album, ‘Jordan : The Comeback’ and, for reasons we can assume have more to do with record company direction or lack of it, went unreleased for fifteen years, during which time the writer moved on as clinically as he’s always done.

‘It goes without saying that I would have liked to have recorded ‘Let’s Change The World With Music’ with Marty, Wendy, Neil and Thomas [Dolby]. I believe they wanted to, but we missed our moment and it wasn’t to be. Why ? I have no idea. Beats me. Anyway, one day in May, ’93, we made a bad move. But hey, water under the bridge’. McAloon eventually put the record together on his own, with technical help from Calum Malcolm.

Another of Paddy’s party pieces is his long-standing capacity to de-rail his own interviews by talking freely and in-depth about the music and the merits of others. He does this on the ‘Let’s Change’ sleeve-notes too, where he gushes at length about the mythical Beach Boys album, ‘Smile’. And he concludes those notes by observing that ‘the ‘Smile myth is only partly to do with music. It’s also about the dull, grey stuff that musicians are often slow to address, yet ignore at their peril. And it may even have something to say about ego ; about blithely, and unrealistically assuming that everyone sees things the way you do. But ultimately, it is probably just a story about entropy ; the natural tendency for all things – however lovely – to eventually fly apart’.

Tellingly, the record is dedicated ‘for robust and unsentimental reasons’ to Martin McAloon, Wendy Smith, Neil Conti, Thomas Dolby and Michael Salmon [the band’s first drummer]. For the good times’...

* Observed by a certain Terry Kelly
Posted by Frank Black at 09:02