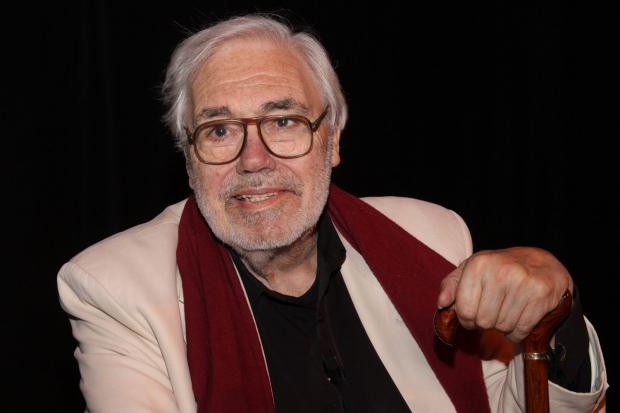 Alan Simpson, who has died aged 87, was half of one of Britain’s most successful comedy writing partnerships. Simpson, it is always said, patiently banged away at a manual typewriter while his partner, Ray Galton, strode up and down the room declaiming ideas or dialogue. They made an odd couple, but it worked. Together they wrote the scripts for Tony Hancock’s radio and TV shows, and for many comedy plays, and they created Steptoe and Son, which ran for eight series between 1962 and 1974, with a peak audience of nearly 30 million. Simpson said he always wanted to write about working-class characters – mostly losers – whom he felt he understood.

He was born in Brixton, south London, the son of Francis and Lilian, and moved at a young age to Mitcham where his family lived in a two-up-two-down terrace house; his father, a milkman, died when Alan was 16. He attended Mitcham grammar school but left early and worked as a shipping clerk. Aged 17 he contracted tuberculosis and spent two years at the Surrey County Sanitorium in Milford, near Godalming. The only other young patient in his ward, feeling equally isolated and lonely, was Galton. The two youths became soul mates. And they made each other laugh.

They had another piece of luck: what amounted to an apprenticeship in radio comedy. Another patient, an engineer, got a radio from an old RAF Lancaster bomber working so that they were all able to listen to the American Forces Network from Munich. Their rations of British radio comedy from the BBC were augmented by American shows featuring Bob Hope, Jack Benny, Don Ameche, Phil Harris and Amos ’n’ Andy. The pair began to see the value and mechanism of situation comedy, which Simpson was later to define as: “Half an hour, with no funny voices or jokes as such, all comedy inspired by the characters, and a complete storyline, with no interruptions by a singer or instrumentalist.”

Using a broom cupboard as a studio, and recruiting a radio engineer and special effects man from other patients, the two of them wrote and presented on sanitorium radio their first show, Have You Ever Wondered? According to the 89th issue of the sanitorium’s Milford Bulletin, published on 9 May 1949, it was “slick, up-to-the-minute, with a dash of satire, a worthy effort indeed”.

Once they were discharged (thanks to the arrival of antibiotics), they produced sketches for a church concert party in Mitcham. Beryl Vertue, an old school friend and later collaborator, remembered Simpson at that time as being very tall and an elegant dancer.

But his horizons were broadening. He and Galton wrote to Frank Muir and Denis Norden, the most successful broadcasting comedy writers of the day, offering to work for them in the most menial capacities. This they were never obliged to do so. They sent in a script and were invited to the BBC’s Broadcasting House for a “chat”. 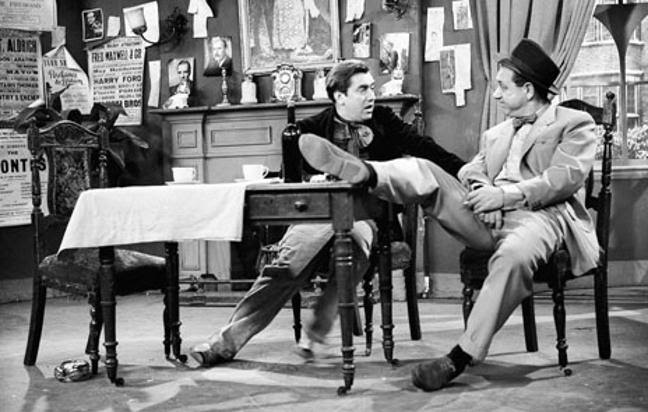 Though Simpson gave up his job as a shipping clerk, his mother ruled that if he was not able to pay his 30 shillings a week contribution to the household budget within a month, he would have to return to it. With Galton, in 1951 he supplied the well-known comic Derek Roy with jokes at five shillings a go for his Happy Go Lucky radio programme, after which the duo were put on the show’s payroll at eight guineas a week. They ended up writing all the shows, an hour once a fortnight, for 20 guineas each.

They knew they had “arrived” when Hancock offered them 25 guineas. The comedian had made a name for himself in the BBC shows Educating Archie and Kaleidoscope and in 1954 he was given his own radio series, Hancock’s Half Hour, in which he played an exaggerated version of himself. Galton and Simpson wrote the scripts, establishing a form of comedy based on character and situation, rather than sketches and gags. They continued to script the show when it was adapted for television in 1956, altogether writing 160 radio and TV programmes for Hancock between 1954 and 1961.

The pair also joined forces with the funny men Eric Sykes, Spike Milligan, Frankie Howerd and Johnny Speight, who went on to create Till Death Us Do Part, to form their own co-operative writers’ agency, Associated London Scripts. Vertue started as a typist and ended up running the company, which merged with the Robert Stigwood Organisation in 1968.

Galton and Simpson wrote every word Hancock uttered in his show for seven years. Eventually, though, the comedian fell out with his writers and thought he could do better. The cinema film The Punch and Judy Man, in which Hancock played an ill-fated impresario, and for which Galton and Simpson were originally to write the script, turned out to be a sea of disagreements, and Hancock sacked his scriptwriters.

After their association with Hancock ended, the BBC commissioned Galton and Simpson to write 10 one-off short plays, which became the first series of the long-running strand Comedy Playhouse. Number four in the series, The Offer, featured two rag-and-bone men living in Shepherd’s Bush. 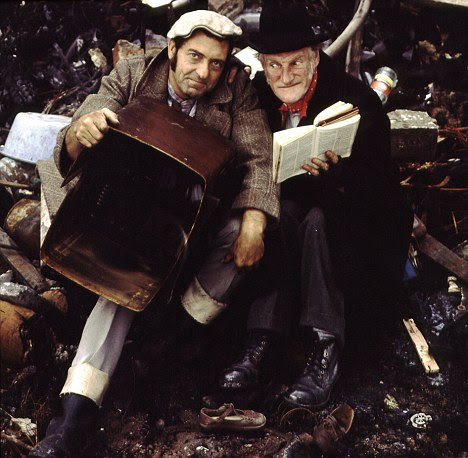 When Tom Sloane, the head of BBC light entertainment, offered the writers their own series based on the characters, Steptoe and Son was the result, wringing uproarious comedy from the plight of the elderly Albert Steptoe, played by Wilfrid Brambell, and his would-be upwardly mobile son, Harold (Harry H Corbett), trying to earn a living out of collecting and selling junk. The show was an immediate success, with the BBC running a second series straight after the first. Altogether four series aired between 1962 and 1965, with another four between 1970 and 1974.

Further work for the pair included a seven-part series for ITV called Galton and Simpson Playhouse, in 1977, and some other stage and television plays. By now, Galton and Simpson worked from a Mayfair office, and Simpson lived in a large house in Sunbury-on-Thames. When his wife, Kathleen, died suddenly in 1978, he vacated their home for a smaller house built in its grounds, and more or less retired from writing.

After the shock of his wife’s death, Simpson became a bon vivant and sports supporter – he had already been president of Hampton Football Club for many years – and made a career for himself as a professional after-dinner and business conference speaker. He also spent a lot of time driving in his Rolls-Royce around France, exploring restaurants and vineyards.

But he remained close friends with Galton, and they collaborated again in 1998 for the BBC’s Galton and Simpson Radio Playhouse series, celebrating 50 years of their writing partnership, in which they adapted four of their early TV scripts for radio: Clicquot et Fils, Nought for Thy Comfort, A Clerical Error and The Offer.

Both writers were appointed OBE in 2000.

https://www.theguardian.com/culture/2017/feb/08/alan-simpson-obituary
Posted by Frank Black at 17:35