Hey, listen. You know those ducks in that lagoon right near Central Park South? That little lake? By any chance, do you happen to know where they go, the ducks, when it gets all frozen over?

There it is: the Holden Caulfield question. Sara Cedar Miller gets it all the time.

“Everybody’s read that book,” said Ms. Miller, the historian for the Central Park Conservancy. It went without saying that the book in question — the book with the question, on Page 60 — was “The Catcher in the Rye.”

And the answer, according to Ms. Miller, is that the ducks never go anywhere.

“I have no idea what J. D. Salinger was thinking,” said Ms. Miller, who remembered reading “The Catcher in the Rye” as a high school student in Sharon, Mass. “I’ve worked for the park for 26 years, and I’ve always seen ducks.” She saw them in the subfreezing cold on Thursday morning: “I photographed them sitting on the ice.”

Those ducks are perhaps the most memorable New York image in a slim little book that is full of them.

Before he went into seclusion in New Hampshire, Mr. Salinger, who died on Wednesday at 91, had a deep relationship with the city, having moved from Harlem to the Upper West Side to Park Avenue as a youngster and later to East 57th Street. As our colleague Clyde Haberman noted last year, the city itself was a character in “Catcher.”

So “Catcher” could almost serve as a guide to the city of a certain time, a city that has been lost forever, but still somehow exists: dark, enigmatic, grown up.

“I wouldn’t say it’s a cross section of New York, but it’s a cross section of what a kid like that who grew up in New York would be interested in doing,” said Peter G. Beidler, the author of “A Reader’s Companion to J. D. Salinger’s ‘The Catcher in the Rye’” (Coffeetown Press, 2008) and a retired professor at Lehigh University. “A 40-year-old man walking around New York would see different things. But he describes the things a 16-year-old would notice.”

Salinger started with Pennsylvania Station — 58 pages after promising not to tell “where I was born, and what my lousy childhood was like,” Holden Caulfield alights there and heads for a phone booth. A 16-year-old taking the train to New York nowadays would arrive in a different, less inspired place: Holden was in McKim, Mead & White’s extraordinary station, the one whose destruction in the 1960s kindled the historic preservation movement.

“One entered the city like a god,” the architecture historian Vincent Scully said. The dingy, workaday one that replaced it is no match: “One scuttles in now like a rat.”

And what modern 16-year-old would need a phone booth? Even his parents have cellphones.

Mr. Beidler made a map to go with his book that traces Holden’s perambulations around Manhattan, even to nonexistent places like the Edmont Hotel, where Holden has an awkward encounter with Sunny the hooker. Mr. Beidler places the Edmont in the West 50s, between Fifth Avenue and what is now officially known as the Avenue of the Avenues d’oh! Americas. In Holden’s day, it was just Sixth Avenue.

“Because it is in this hotel that Holden sees ‘perverts’ and later encounters a pimp and a prostitute,” Mr. Beidler wrote, “it is likely that Salinger did not want to use the name of a real hotel.” But he gave a clue: He said it was “41 gorgeous blocks” from Ernie’s nightclub in Greenwich Village. Ernie’s, too, was a made-up place.

“You kind of triangulate a little bit,” Mr. Beidler said. “He goes so many blocks away, goes here, goes there. I was always able to figure out more or less where he was.”

Holden mentions the McBurney School, a private school that Salinger had attended. After Salinger came students like the actor Henry Winkler, the television journalist Ted Koppel and the financier Bruce Wasserstein. But McBurney closed in the 1980s.

“The good thing about New York is, as much as it changes, there are so many things that never change,” said Will Hochman, a professor at Southern Connecticut State University and an author of the forthcoming “A Critical Companion to J.D. Salinger.” “I had a student who read ‘Catcher in the Rye’ and told me she felt like she lived in Grand Central Terminal. I could relate that to Holden’s feelings of being lost.”

And there is a timelessness to the problems of navigating the confusing place that New York can be, with its strange streets and its stranger rhythms and rituals. “At one point Holden is worried he’s going to fall because he’s stepping off a curb,” Mr. Hochman said. “I think Salinger intended that to convey the smallness. You’re aware of how many great people are there, how many great things are there. At Ernie’s, where he’s recognized by one of his brother’s old girlfriend, he gets some status because he’s recognized but he feels belittled. In some ways New York overwhelms him.”

“Grand Central Terminal stands, though coin-operated lockers that Holden uses were removed long ago for security reasons,” Clyde Haberman wrote last year. “Radio City Music Hall goes on, in its fashion. For sure, so do the book’s two museums that abut Central Park — ‘the one where the pictures are’ and ‘the one where the Indians are.’ ”

As for the pond where the ducks are, long after “The Catcher In the Rye” had become the kind of forced reading in school that ruined it for so many teen-agers, there was one person who could have told Salinger that the ducks never really left.

That person was was Adrian Benepe, a longtime Parks Department official who is now the commissioner. Salinger, Mr. Benepe said, “was our immediate next-door neighbor in Cornish, N.H., where I spent part of my childhood.”

“I would have told him that the ducks don’t go anywhere in winter—they mainly stay right here and head for the Reservoir, where recently counted them.”

And the Hotel Seton, where Holden goes for a drink?

“We get high school kids coming in and asking and they want to know if it’s the Seton Hotel,” said Leslee Heskiaoff, the owner of the hotel by that name on East 40th Street. “It isn’t. We have no bar.” 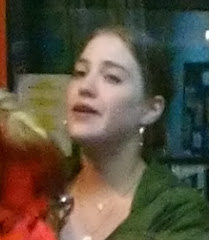