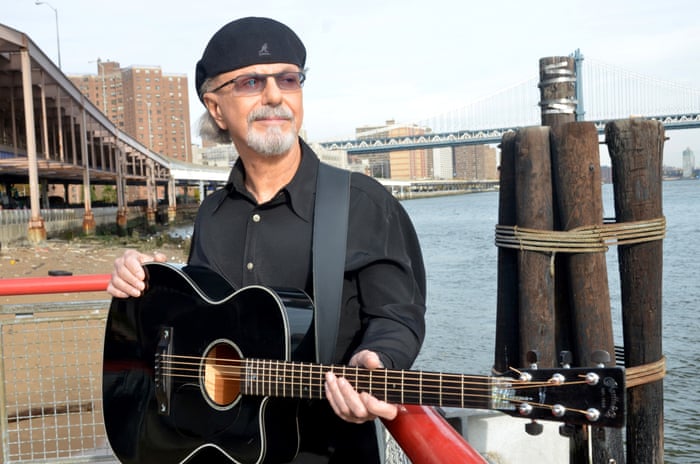 
Dion: 'When I heard my album sober, I thought "Wow – heroin didn't touch it"'

He was a street-tough doo-wopper, then a wayward cult legend. Now at 80, Dion is embracing the blues – and his status as one of the last rock’n’rollers standing

Dion DiMucci was 13, maybe 14, when he first sang in a club for money, roughly the same time as he picked up a heroin habit that lasted 15 years. He got on the stage and belted out three Hank Williams songs – Cold, Cold Heart, Jambalaya and Hey Good Lookin’ and when he was done “the owners, Yodi and Bart, they gave me $20 apiece, which was more than my parents’ rent that they argued about every day. It was a whole month’s rent and I just sang a couple of songs.”

Yes, says Dion (no one ever uses his surname – he’s been Dion since he became a doo-wop star in the 1950s, and that’s not changing now), the money made music attractive, but it was the chance to say something that made him stick with it, although his career has had highs and lows. Even some of the high points have been lows: Born to Be With You – his dazed, brilliant 1975 album with Phil Spector, which cast teen pop as a spiritual experience – was not released in the US at the time, and was ignored elsewhere, only gaining its reputation two decades later. The dazzling Kickin’ Child, recorded in 1965 and offering a version of “that thin, wild, mercury sound” at exactly the same time as Bob Dylan was inventing it, was shelved by Columbia, only getting released in 2017.

But Dion has never stopped. As well as the doo-wop, he’s sung rock’n’roll, folk rock, Christian music, MOR music and everything in between. And for the past 15 years, he’s been a bluesman, singing in a voice that has barely weathered. Now 80, he’s releasing Blues With Friends, in which an array of superstars (Bruce Springsteen, Billy Gibbons, Joe Bonamassa, Paul Simon, Van Morrison and more, with sleevenotes by Bob Dylan) help him out on 14 originals, including a revival of Kickin’ Child. The presence of Morrison, he says, was the first thing to really impress his wife, Susan, in 57 years of marriage. “I am so in with my wife because I sang with Van Morrison. She’s got 12 Van Morrison CDs in her car. So now I’m in!”

It’s startling that his voice seems almost unaffected by the years, although he can hear differences. “I was talking to Paul Simon yesterday. I was telling him, ‘Paul, I’ve been listening to this record, and I can still sing great. I sing my original songs, in the same key, but I lost that 17-year-old innocence. But you still have that sweetness, that beauty, that powerful purity. I don’t know how you did it.’ And he said basically the same thing I would say. ‘I do well and I take care of myself, but I haven’t focussed on keeping my voice.’ We both don’t smoke or drink. That can make your voice husky.”

Blues With Friends doesn’t sound a bit like his rock’n’roll hits, nor Born to Be With You, nor his folk-rock era. It continues in the direction he began in 2006 on his Grammy-nominated album Bronx in Blue, playing the music that was once the spring from which rock’n’roll began, which saw one writer describe him as a “Catholic blues singer”. That makes Dion laugh. “To be honest with you, if you had to retitle the psalms, the songs King David wrote in the Bible, you’d call them the blues. It’s like the naked cry of the human heart longing to be in union with God. Those guys are crying out in pain. They feel isolated, they feel separated, they just don’t feel good. And they got the blues. Everybody in the Bible got the blues, probably including God, from the travails of overseeing us. God is love, he’s not loving, he is love.”

It’s all basically the same music to Dion, though. “To me, it’s all a slight adjustment. If I sing songs from any decade on my guitar, it all sounds the same. It all sounds like Dion music. People think I change from this to that, but I don’t know how much I change. They put a label on it, you know? But it all comes from inside me.” 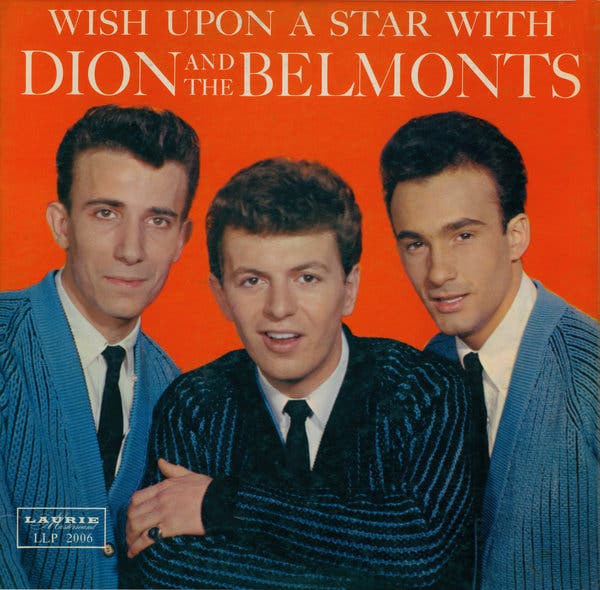 Dion and the Belmonts – four Italian-American kids who grew up around Belmont Avenue in the Bronx’s Little Italy – were like any of the groups of street-corner toughs who sang sweetly to the girls during Dwight D Eisenhower’s second term as president. Music was how they would all say the things they couldn’t put into conversation, for fear of being kicked around the block.

“I had this song, one of my first records, called No One Knows. I sat on the stoop of the tenement building, and the gang was there. Then we’d go to cellar parties, and I would sing this song that goes, ‘No one knows what I go through / And the tears I cried for you / And when I smile it’s just a pose / My heart is breaking, but no one knows.’ But a lot of that stuff, you couldn’t say. That’s why people go to the bar and put money in the jukebox and put on Only the Lonely, because they can’t tell you they’re lonely. They can just play the song 20 times.

“I realised early on you could bypass somebody’s brain. You don’t threaten anybody by singing, but if you were in a bar and turned to your friend and said, ‘You know, I’m lonely’, you’d get a punch right in the head. It just don’t ring right, you know? But you could relate to a record and identify with the song, and no one feels threatened, and no fights break out. It was kind of like a secret. I could sing about what people were thinking without them feeling threatened.”

But Dion had something else. Listen to some of those early hits – The Wanderer or Runaround Sue – and you hear a personality, someone crackling with life, amused, lustful and with a hint of threat. He sounds like a tough guy who wants to be liked, but who can’t bring himself to entirely conceal his switchblade. The Dion of the late 1950s and early 60s was such an archetype of Italian-American masculinity that Martin Scorsese probably has a shrine to him somewhere.

The heroin, he says, was nothing too unusual around Belmont Avenue, even 60 years ago. “With the guys I was hanging out with, it was the normal thing. There were some that never got involved. I don’t know if I had a propensity for it, or a disposition. But I knew the first time I took it, man, I loved it, so off I went. I was using drugs for about 15 years, from 14 to about 28. In 1968 my friend Frankie Lymon died of an overdose and I got on my knees, said a prayer, and I haven’t been the same since. I haven’t had a drug or a drink for 52 years.”

After splitting from the Belmonts, he became the first rock’n’roller signed to Columbia – “They were paying me 100 grand a year whether I made a record or not” – and began a solo career. It’s possible some of Dion’s memories of that era have been burnished by the years – he says he and the producer Tom Wilson were the ones who first had the idea of putting an electric band behind Dylan – or by the fact he was then at the height of his heroin addiction. Either way, he quit Columbia when they refused to release Kickin’ Child. “I have no idea why they did it. I’m thinking, ‘What the hell do you want?’ So I just left. I couldn’t care less. I called it integrity; my wife called it insanity.”


It was only a few years ago, hearing the album for the first time since he was an addict, that he was able to separate Kickin’ Child from the time of its creation. “When I heard it clean and sober I thought, ‘Wow. Whatever I was doing, heroin didn’t touch it.’ The art bypassed the drug.”

When Little Richard died in May, Dion was among the first to pay tribute. Recalling all those heroes of 1955 and 1956, he says: “Then I heard Little Richard. That’s got to change your life.” Now, he and Jerry Lee Lewis are the only major figures of the great teenage explosion left standing – and Dion wouldn’t be, had he not refused to pay the $36 it would have cost to board the flight that killed Buddy Holly. Still, he says, he’s not dwelling on mortality. He feels like he did when he was a teenager.

“When I was a kid and I got up in front of a high-school dance with my band and I sang a song, I was taking people on a trip. And I don’t think I’ve changed. I’m still the same. I still like that feeling.”

• Blues With Friends is out now on KTBA Records.

https://www.theguardian.com/music/2020/jun/16/dion-dimucci-80-interview-blues-with-friends
Posted by Frank Black at 21:45