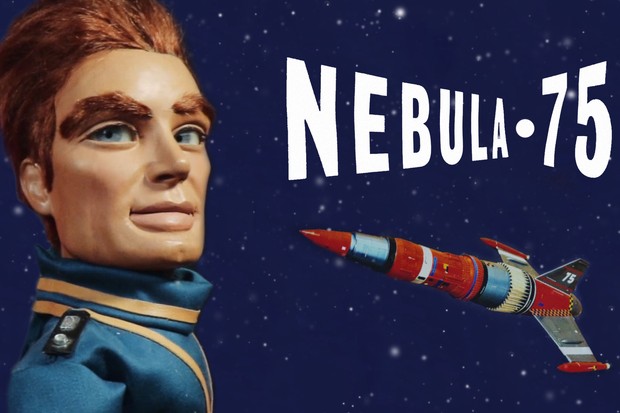 Here’s how a Gerry and Sylvia Anderson-inspired puppet show was created and filmed in lockdown
Filmmakers decided they wouldn't be thwarted by self-isolation and made a mini episode of a Thunderbirds-style sci-fi show. And it's proved so popular on social media that they are making more!

The UK lockdown has stymied the producers of many new and existing TV shows. But even in adverse conditions, it seems creativity will find a way. Calling Century 21 Films..!

While more conventional dramas with human casts and huge crews have become a logistical impossibility for all involved, the puppet heroes of Supermarionation hold no risk of catching the coronavirus from each other.

The result is what they cleverly term a “Superisolation” production, called Nebula-75, a short-form puppet drama that follows in the miniature footsteps of 1960s favourites including Fireball XL5, Stingray and Thunderbirds, while at the same time fashioning something entirely new.

Although members of Century 21 Films live around the world, and were able to contribute remotely to pre- and post-production, all the filming for Nebula-75 was done by three people who already live together in a small London flat: director Stephen La Rivière, puppeteer and post-production supervisor Elliot Pavelin and art department head Géraldine Donaldson.

In the best British tradition of make-do-and-mend ingenuity, their living room was turned into a movie studio, with bookshelves, cardboard boxes and other household objects becoming the inside of the show’s eponymous spacecraft!

The flat was already home to many of the puppets, props and costumes that they had accumulated from previous projects, and, as a short behind-the-scenes film after the episode reveals, the model for the spaceship was built in Preston, then sent to London.

Director Stephen La Rivière explains, “We’ve been making Supermarionation productions of different kinds for several years now – including three brand-new episodes of Thunderbirds in 2015 and a guest spot on Endeavour last year. We’ve wanted to make a new, original Supermarionation series for some time and there’s been much work behind the scenes towards that goal – which the current lockdown situation has partly derailed.”

But, he adds, “Rather than sit around moping, we decided we’d have a go at making something brand-new – but from our tiny living room. We decided to see if we could construct a series based around the limited space, settings and money available to us. The result is Nebula-75.”

The theme of Nebula-75 taps into the current Government restrictions. The hero, Commander Neptune, finds himself in his own “lockdown” – inside a spaceship travelling the distant reaches of the cosmos… 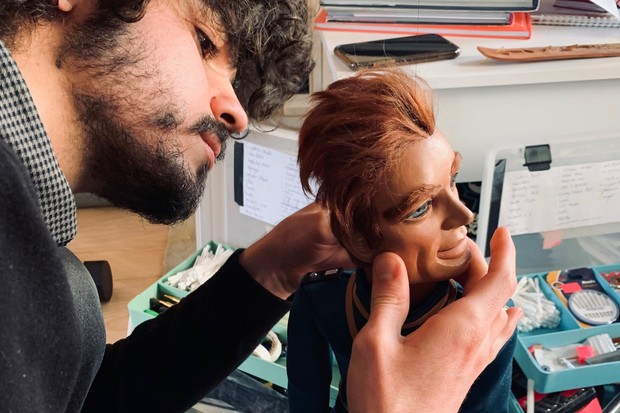 On previous productions they’ve had a full studio to work in, where they operate the puppets from a bridge six feet above the set. Elliot Pavelin says, “The ceiling in our flat doesn’t quite allow for this! Instead, we operated from the ground by leaning over the set walls. Getting the puppets into the right part of the set, performing with them and avoiding tripping over furniture and equipment when crammed into the living room was quite difficult!”

The episode (which you can watch below) made its debut on Facebook and YouTube on Saturday, with instant feedback indicating the company had a lockdown hit on their hands. “Bravo!” said one fan; “A glorious continuation of #Supermarionation,” said another. One enthusiast even mocked up a page from a Nebula-75 annual, done in the style of a 1960s children’s book.

It’s fair to say that the outpouring of praise was a shock to Stephen. “We’re very aware of the limitations we’re faced with and I very seriously considered not releasing it at all. But as each bit fell into place I thought, ‘Oh. This isn’t so bad – we’ll put it out anyway.’ So the reaction has caught me completely by surprise! Not that there’s not an audience that wants to see more Supermarionation. I’ve always known that!”

The plaudits gave them heart to continue with the series. In fact, they’re hoping to start shooting episode two this week. “It took us four days to film episode one… episode two is a bit more complicated. But we’d like to try and get something together within a couple of weeks. We’ll shoot episode three at the same time.”

Adds Géraldine Donaldson, “We’ve got lots of ideas for future episodes. Our imaginations are unlimited, even if the same can’t be said for the space in the living room!” 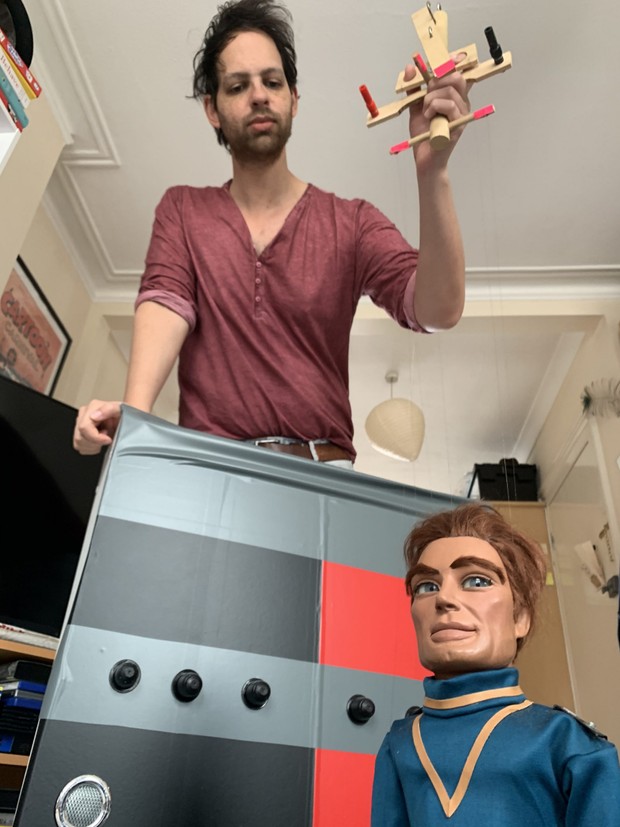 Stephen La Rivière demonstrates the flat-based puppetry that was necessary for Nebula-75. He wrote the episode with producer Andrew T Smith

While made on the tightest of budgets, Nebula-75 fits neatly into the style and themes of puppet shows popularised in the 1960s by husband-and-wife team Gerry and Sylvia Anderson, in a universe of old-fashioned heroism against a backdrop of race-against-time action and humour.

With the announcement that from 7th May, BritBox will be adding episodes of some of those series including Thunderbirds, Captain Scarlet and Stingray, and Century 21 Films rolling out new product for both the older and next generation of puppet fans, an exciting new era is dawning.